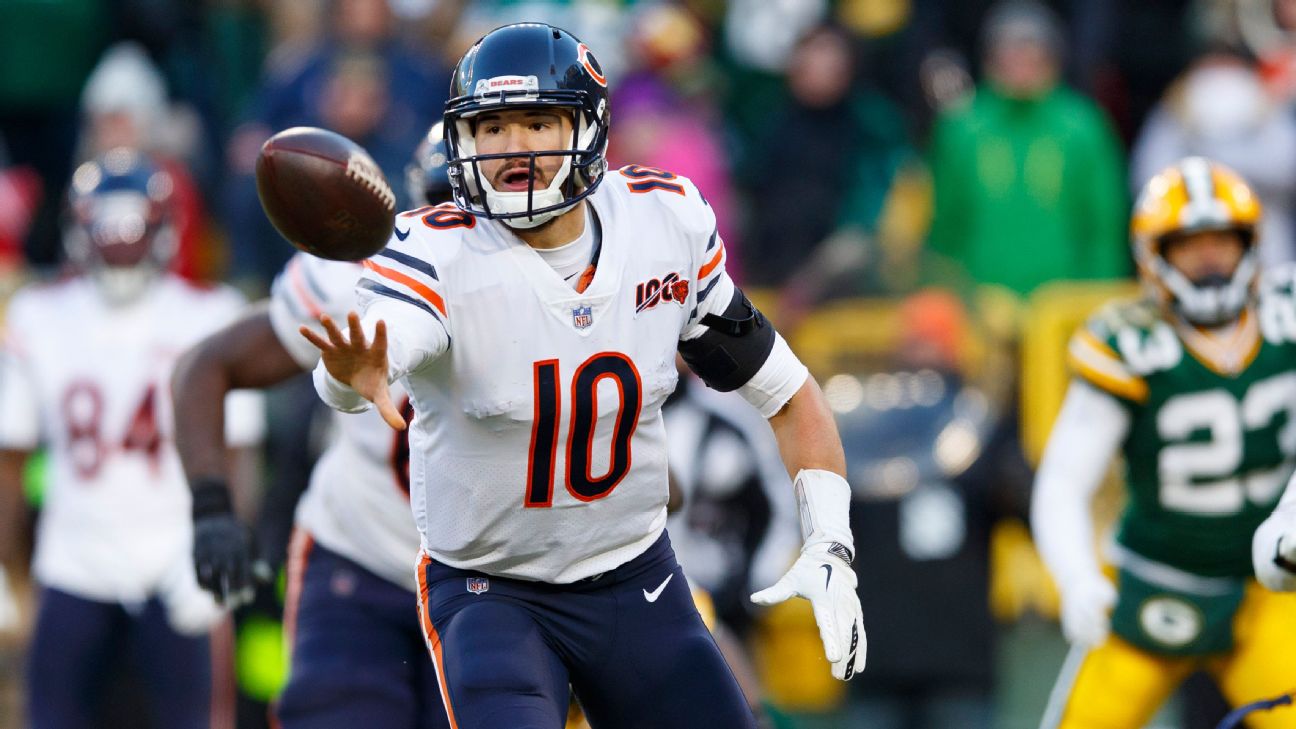 "...I'm just trying to prove everybody wrong and prove my teammates right," he said on a video call with Chicago media.


Trubisky, 25, is set to compete in training camp with veteran Nick Foles for the Bears' starting job.

The second overall pick of the 2017 NFL draft had been Chicago's unquestioned starter for most of the past three seasons, but his play regressed last year. Trubisky finished 28th in total QBR (39.4), tied for 27th in touchdown passes (17), 21st in passing yards (3,138), 32nd in yards gained per pass attempt (6.1) and 28th in traditional quarterback rating (83.0) as the Bears went 8-8 and missed the playoffs.

Chicago acquired Foles from the Jacksonville Jaguars at the onset of the new league year and declared an open quarterback competition. The organization later declined Trubisky's fifth-year option.

"For me it's [the criticism] very motivating," Trubisky said. "You're always going to have people writing you off. It's got to light a fire under you, which it has for me, and I'm just trying to prove everybody wrong and prove my teammates right. There is just so much hard work that goes into it. And for people who write you off, I mean, that definitely motivates you in a way that you just want to go out there and play as best you possibly can. So, I'm definitely fired up. And I just ... You've got to make it happen."

Foles, the MVP of Super Bowl LII while with the Philadelphia Eagles, enters camp with a slight disadvantage of not having worked on-field with any new teammates in the offseason. But Foles, 31, arrives in Chicago with strong pre-existing relationships with several of Chicago's current offensive coaches, including Nagy, who spent time with Foles in Philadelphia and Kansas Citybefore landing the Bears' top job.


Both quarterbacks were inside the Bears' facility Friday and participated in a walkthrough with the club's rookies.

"So the hardest thing is how do I make it about the team? How can we make this offense better? Whoever is the best person at executing this offense, that can help the Chicago Bears win games and lead this team should be the starter."

Nagy expressed confidence on Wednesday that Chicago will settle on a starting quarterback in advance of Week 1 -- despite reduced camp schedules and the elimination of preseason games.

"Even though it's a shortened preseason in regards to the preseason games and some of the practices, our coordinators have done a really good job of figuring out ways to we're going to evaluate," he said. "It'll come to us. We feel very confident about that."
Report a correction or typo
Related topics:
sportsespnnewsnflchicago bearsmitchell trubiskynick foles
Copyright © 2020 ESPN Internet Ventures. All rights reserved.
More Videos
From CNN Newsource affiliates
TOP STORIES