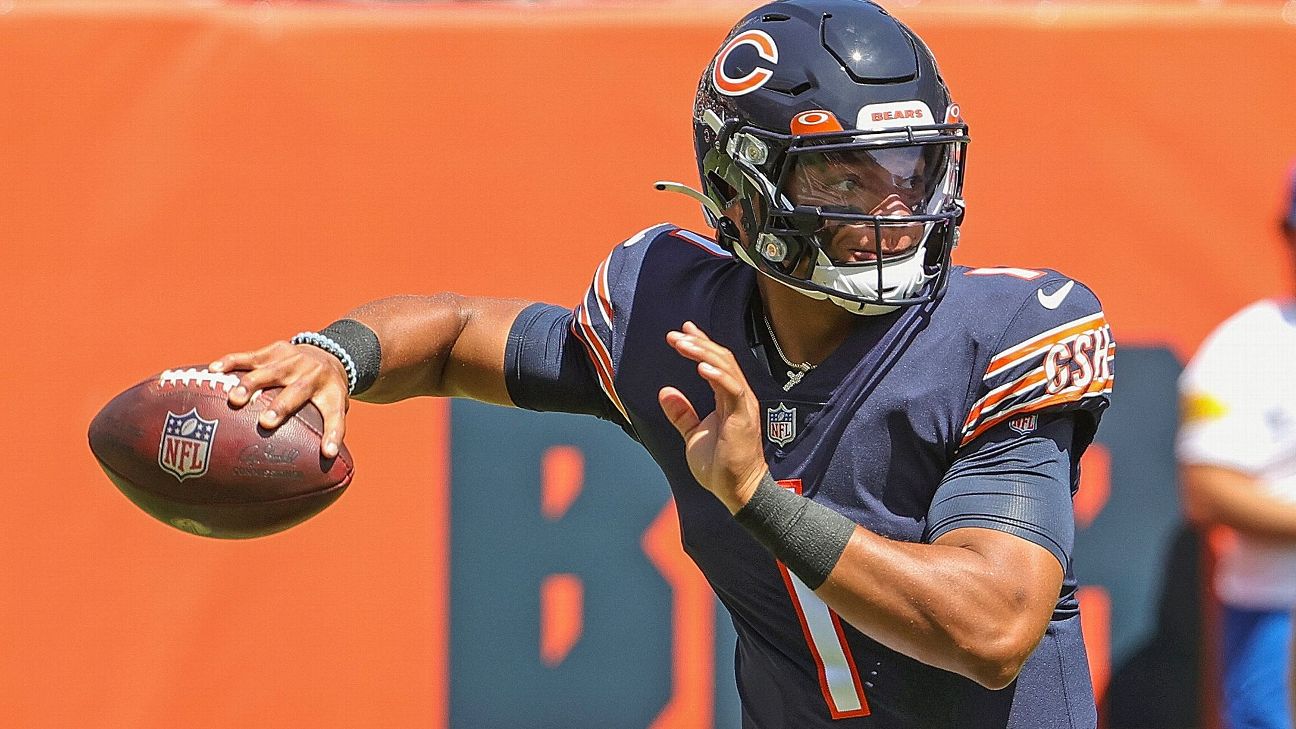 "It's a great opportunity for Justin and for all of us as a staff to be able to take this thing and see where he goes with this," Nagy said of Fields' first starting opportunity.

Fields said he believes he is ready for his first NFL start.

"I've been preparing for this moment for a long time," Fields said. "My mindset doesn't change. I'm still going to have to play my football and just prepare the best I can. Like I said before, get a lot of practice reps and study, study, study, and get more comfortable and confident with the plays and stuff like that."

Dalton suffered the knee injury Sunday against the Cincinnati Bengals after landing awkwardly on the Chicago sideline following a scramble. Dalton's left knee appeared to buckle, and he immediately pointed to Fields to enter the game and headed to the blue injury tent to be examined. Dalton initially appeared to check out OK and reentered the game for a series before going back to the locker room before halftime and later being ruled out.


Nagy reiterated Wednesday that Dalton would be the Bears' starter once he is healthy enough to play.The coach said the three-time Pro Bowler is week-to-week, though the Bears don't think Dalton will be placed on injured reserve.

"Andy is still battling through his injury," Nagy said. "Like I said to you the other day, we're glad that it's not his ACL. We're not expecting him to practice today or to have him available this week, so he'll be week-to-week."

Fields went 6-for-13 passing for 60 yards with an interception and rushed 10 times for 31 yards against the Bengals. He threw two passes, both completions, in a Week 1 loss to the Los Angeles Rams.

Information from ESPN's Jeff Dickerson and The Associated Press was used in this report. 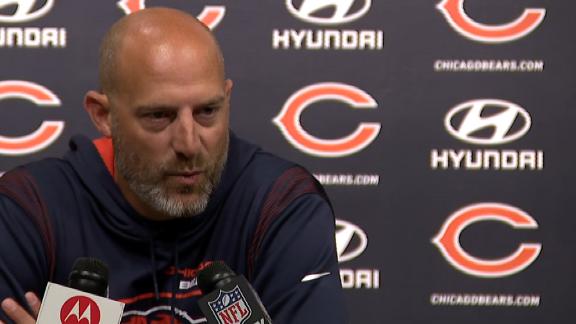