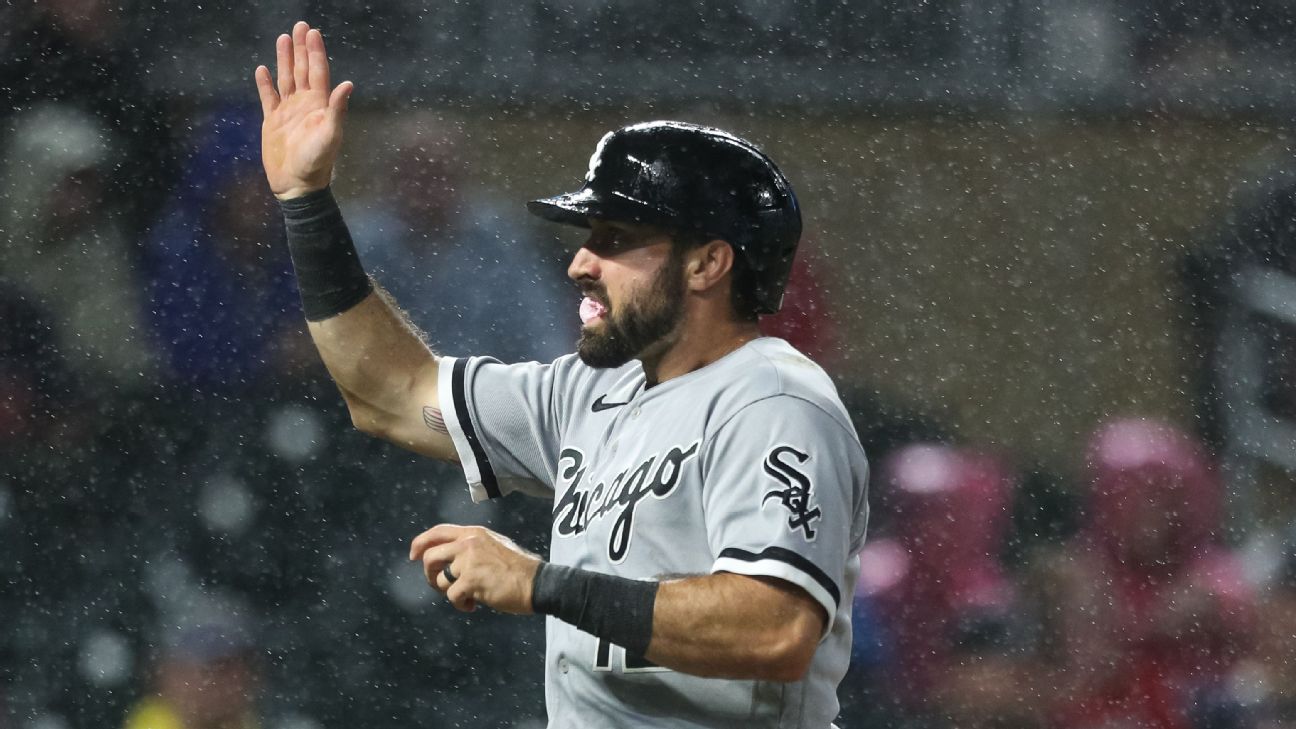 The Chicago White Sox designated outfielder Adam Eaton for assignment Wednesday, after the veteran recently finished a stint on the injured list with a strained hamstring.

"Very difficult organizational decision," White Sox manager Tony La Russa said. "To have a veteran sit around, not playing, goes against why he was brought here. It's just the reality of the some of the development of our young guys more than anything."


Outfielder Adam Engel, who has also been slowed by hamstring issues this season, was reinstated from the 10-day injured list.

He became expendable, in part, because of the impact rookies Gavin Sheets and Andrew Vaughn have had on the lineup as well as the positive prognosis for two of the injured outfielders.


"We can now see realistically Eloy [Jimenez] will be back and Luis [Robert]," La Russa said. "Playing time is at a priority now. Too many good players. Good problem to have."

Jimenez (pectoral) and Robert (hip flexor) are both performing baseball activities and should be back sometime in the second half, while Sheets has a .984 OPS in eight games since making his debut a week ago.