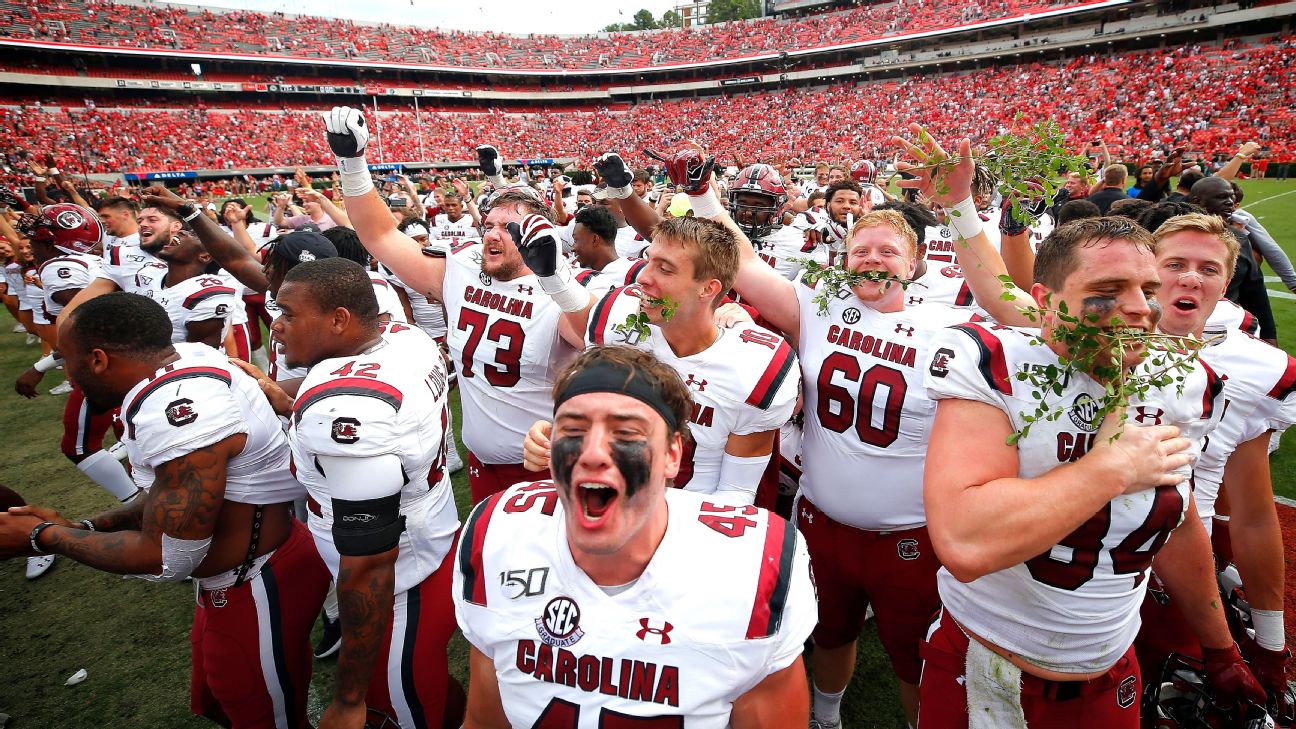 How would you rank all 14 teams in the SEC? Or all 10 in the Big 12? Here's a full ranking of every team in every Power 5 conference.

Jump to a conference:

Alabama and LSU both won, and the picture in the SEC West is the same as it ever was. But the East, well, that's another matter. The division got shaken up in a big way Saturday.

Kudos to South Carolina for finding a way to knock off No. 3 Georgia on the road. Coach Will Muschamp needed a signature win for his job security, and his defense stepped up in a big way. But if you're a Bulldogs fan today, you've got to be kicking yourself. Two of your most reliable starters, quarterback Jake Fromm and kicker Rodrigo Blankenship, let you down and now you're scrambling.

Georgia's season is by no means over, though. It just means the margin of error is now next to nothing. It also means that Georgia-Florida on Nov. 2 has become an all-or-nothing proposition. And not just for the Bulldogs. The Gators, after falling at LSU, can't afford another loss either if it wants to stay in the playoff hunt. -- Alex Scarborough

Wisconsin proved again it belongs at the top of this conference with Ohio State after shutting out Michigan State. Those two teams have separated themselves, but Penn State is proving each week that it, too, should be in the discussion as one of the teams competing for a spot in the conference championship game.

Michigan came out with a win against Illinois, but not without a few late problems, and Michigan State continues to struggle against good teams. One team to watch has been Minnesota, which has a shot to start the season 8-0. -- Tom VanHaaren

The league's top two teams finally met Saturday, and Oklahoma showed why it is the favorite to win the league and why it is a contender to return to the College Football Playoff. However, it was the Sooners' defense that stood out in a 34-27 win over Texas in the Red River Showdown.

Baylor continues to impress, moving to 6-0 on the season for the first time since 2016 with a win over Texas Tech. And Iowa State took care of business vs. West Virginia. We're officially at the midpoint and the rest of the league returns to action next week. -- Sam Khan Jr.

What we once knew to be true -- until it wasn't -- is true again. And that, of course, is that Oregon and Utah are the two best teams in the Pac-12. The standard caveat about how these things have a way of changing quickly in the Conference of Parity still applies, but at the halfway point of the regular season, the Ducks and Utes are in a tier all to themselves.

Both teams turned in their most complete performances of the season this week and both will now turn their attention to huge divisional games: Oregon travels to Washington, and Utah hosts Arizona State.

Utah quarterback Tyler Huntley doesn't register on the national scene like his counterpart at Oregon, Justin Herbert, but Huntley has quietly been one of the best quarterbacks in the country and is making a strong case for Pac-12 Player of the Year. -- Kyle Bonagura

Clemson was just a tad fired up after hearing for the past two weeks that it was not a playoff-caliber team after a close victory over North Carolina, and the Tigers took their frustrations out on Florida State in a 45-14 victory. Trevor Lawrence played his best game, and hardly broke a sweat, bowing out midway through the third quarter.

But once again it became blatantly obvious that it is the Tigers and everyone else in the ACC as the other two ranked teams -- Virginia and Wake Forest -- both lost in completely different ways. The Cavaliers went on the road and scored only nine points against Miami; Wake Forest had 40 first downs, 668 yards of offense and 59 points and lost at home to Louisville.

That left a gaping hole at No. 2. So we went with the team that played Clemson the closest to date. The truth is, there is only a clear No. 1 and a clear No. 14 in this league. The rest is up for debate. -- Andrea Adelson 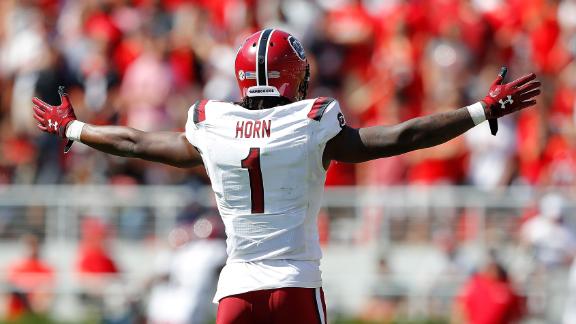 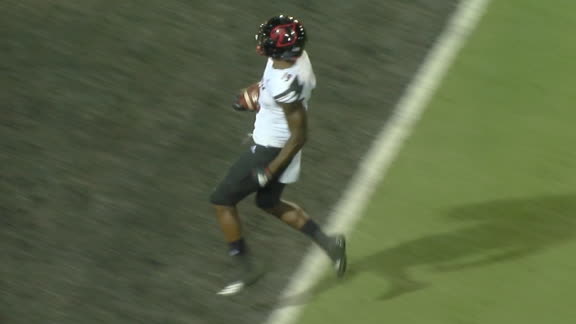 Louisville's Hall returns kickoff 100 yards for a TD
Hassan Hall fields a kickoff from the opposite end zone and returns it 100 yards for a touchdown to give Louisville a 21-7 lead over Wake Forest. 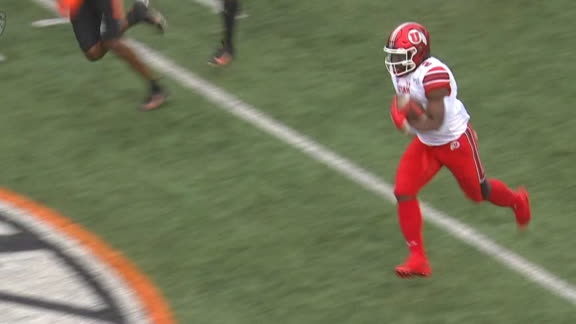 Utah's Moss takes off for 91-yard TD
Utah's Zack Moss puts on a ridiculous spin move to avoid the tackle on his way to a 91-yard Utes touchdown. 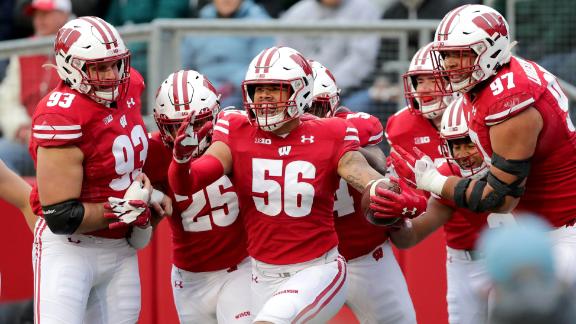 Wisconsin shuts out Michigan State in decisive win
Wisconsin dominates on both sides of the ball in a 38-0 win over Michigan State, the Badgers' fourth shutout in six games. 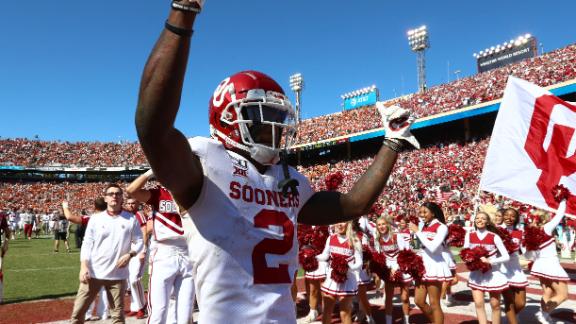