College Football fit check: A look at the best uniforms for Week 4 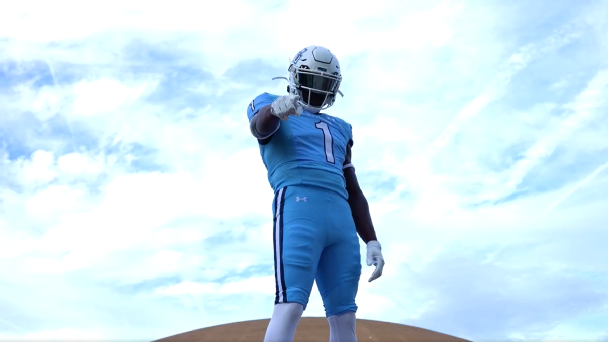 The college football season is already in its fourth week, and team style is making waves, as many schools have pulled out some fashionable uniforms early in the year.

Old Dominion University kicks off our uniform check for Week 4, and the Monarchs make a chilling case for the best outfits of the week. They decided to sport an all-light blue colorway that is crisp and clean. White is used as the accent color, which makes this hue of blue stand out even more. An all-white helmet, socks and cleats bring this ensemble together. Hopefully, these fresh fits can be the spark that gets this Monarchs team to .500 after a 1-2 start.


"Icy Whites" is how the UNLV Rebels social media team described the uniforms for the football team's upcoming game against Fresno State. With an all-white look complemented by traditional gray and Rebel red colors, this fit is top-notch. In addition, the white helmet with gray outlining the "UNLV" on the side is a dapper choice for the school. Nike made sure to hook up UNLV with these premium threads, and the Rebels hope they can play as good as they look.

The Louisville Cardinals continue to make a statement with their fantastic game-day wardrobe. This week, they are going with a solid white look, complemented perfectly with their hues of red. In addition, the black shadow used in the jersey numbers and text helps those parts of the uniform pop out against the white. Finally, a bold outline of the school logo in red is a subtle yet sleek addition to the white helmet.

Troy University is bringing the smoke with its uniforms -- with the help of linebacker KJ Robertson. The Trojans have turned to the smoke gray helmet, which looks sleek with the rest of the outfit. The white jersey they selected contrasts nicely with the charcoal pants. Black shoes and gloves round out this uniform, a nice touch to the Trojans' threads.

The Demon Deacons of Wake Forest are hitting the road for their matchup against Virginia in style. They decided on a black and white look, but it's all about the details in this uniform package. The matte black helmet looks sharp, with the chrome gold used for the logo keeping your eyes fixated on the headgear. That pairs perfectly with the black pants that feature a similar finish. The white jersey is highlighted with gold trim around the jersey number, keeping things simple but modern. White shoes and accessories complete the package and have Wake Forest looking stylish on its road trip.

No. 12 Notre Dame faces No. 18 Wisconsin at Soldier Field this weekend, and the Fighting Irish dropped some new uniforms that honor the city of Chicago in more ways than one. Fresh navy blue jerseys with the block sans-serif font give a nod to Chi-Town, also known as "the city of broad shoulders." The two gold stripes on the shoulder represent the rivers and waterways shown on the city's flag.

The new gold pants pay tribute to the first Notre Dame team that participated in the first football game at Soldier Field in 1924 -- the same year the Irish won their first national championship as well. A flashy gold helmet and gloves also pay homage to Chicago's flag. The Fighting Irish put a modernized spin on a classic look while also honoring the city hosting the neutral-site game for Week 4.


The No. 22 Fresno State Bulldogs' uniform selection this week is calm but very smooth. Navy blue is the dominant color, being used as the primary for the jersey and pants. White is used for the numbers outlined by a bright red. That splash of vibrancy adds some spunk to this outfit, brought together by a red helmet. It might not be the flashiest uniform combo, but the precise color coordination creates a slick look for the Bulldogs' contest against UNLV.

No. 20 Michigan State's Week 4 fit has one significant change that people will immediately recognize. The traditional Spartans logo on the helmet is ditched for a block letter "S," best associated with the George Perles era. He coached the Spartans from 1983 to 1994, leading them to seven bowl appearances and two Big Ten titles during his tenure.

The white pants accompany the usual green jersey, but with a bit of twist -- the uniform sports a fancy geometric design along the shoulder and within the green stripe on the pants. The Spartans logo isn't completely removed from the fit, as it's located on the outer part of the right pant leg.

The Washington State Cougars took a fierce approach to their game-day look for this weekend. A white jersey is sandwiched between gray pants and helmet. The helmet features a maroon Cougars logo, a fitting color for the dark helmet. The number and decals on the jersey are in the same hue, acting as the accent color. A combination of red and gray comes together for the gloves, with white cleats to finish off the fit. A polished yet edgy look for the Cougars this weekend.

Utah wraps up our fit check of the college football landscape with some throwback uniforms. The white helmet with the interlocking U's highlights this outfit, and the bright red jersey is bold. White pants, socks and shoes carry a red trim, and the curved font for the numbers provides a vintage aesthetic for the Utes' Week 4 threads. It's homecoming week, so what better way to honor the university's history than with these vintage uniforms. 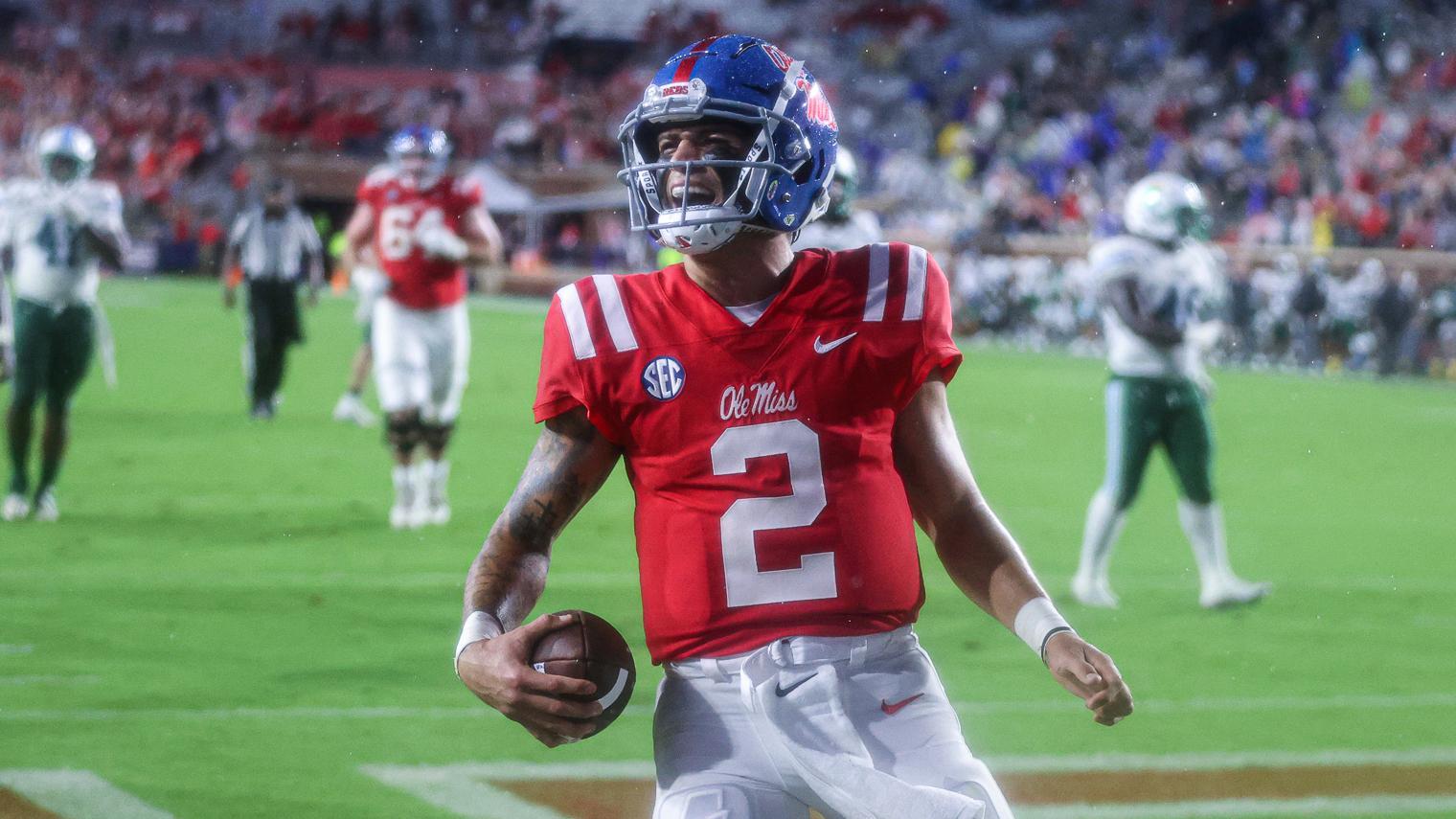