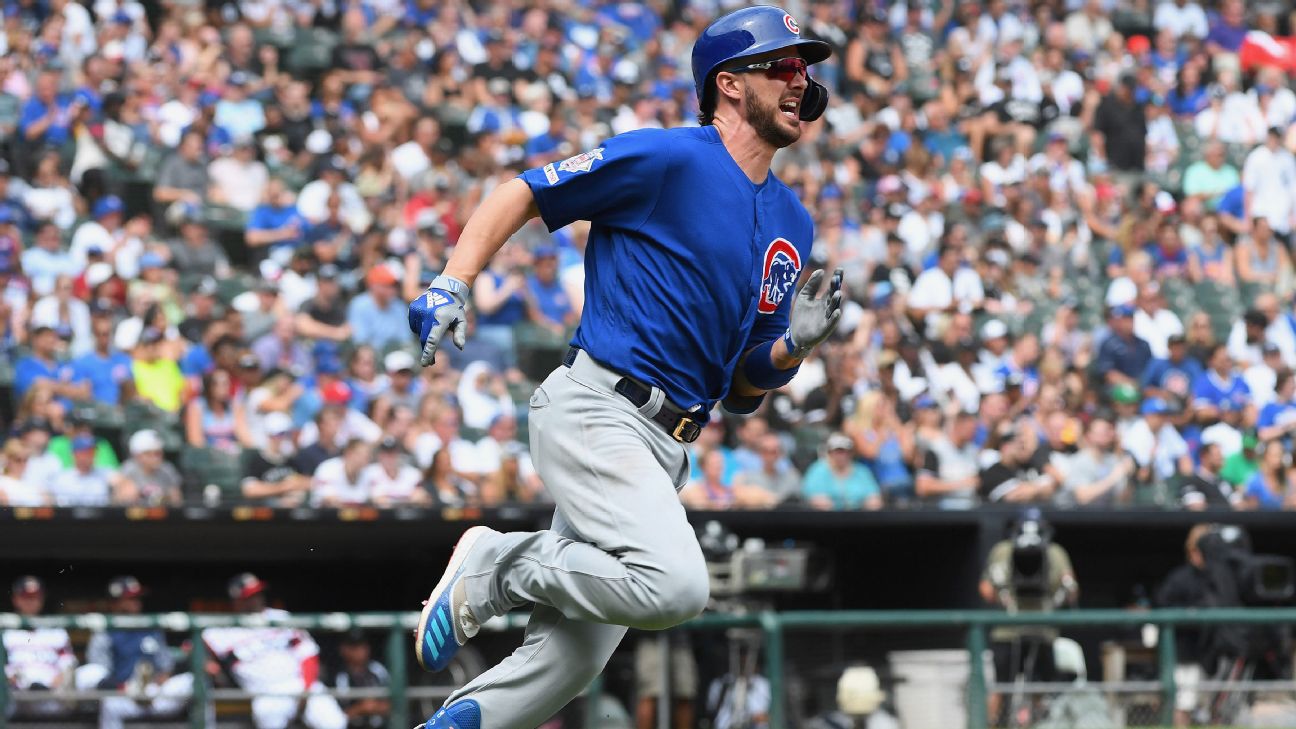 ESPN
By Jesse Rogers
CHICAGO -- Chicago Cubs third baseman Kris Bryant left Sunday's game against the St. Louis Cardinals with a right ankle sprain after landing awkwardly at first base trying to beat out a double play. He'll get an MRI on Monday to determine the severity of the sprain.

Bryant, 27, hit a ground ball to third base in the bottom of the third inning as Cardinals third baseman Matt Carpenter began the double play opportunity. Bryant was hustling down the line and made a final stride toward the bag but rolled his ankle as he hit it. He left for X-rays, which revealed no fracture.

The Cubs veteran has already been dealing with a right knee issue that has plagued him throughout the second half. He was helped off the field by the Cubs' training staff, placing little weight on his right foot. Ian Happ took over at third base for him.

"You never want to see a brother go down like that, especially in that manner. It looked scary," centerfielderAlbert Almora Jr. said. "Luckily it wasn't what we all feared."

Bryant is the reigning player of the week in the National League but has slumped this week as the Cubs have fallen further out of the playoff race.
Report a correction or typo
Related topics:
sportsespnmlbkris bryantchicago cubs
Copyright © 2020 ESPN Internet Ventures. All rights reserved.
More Videos
From CNN Newsource affiliates
TOP STORIES