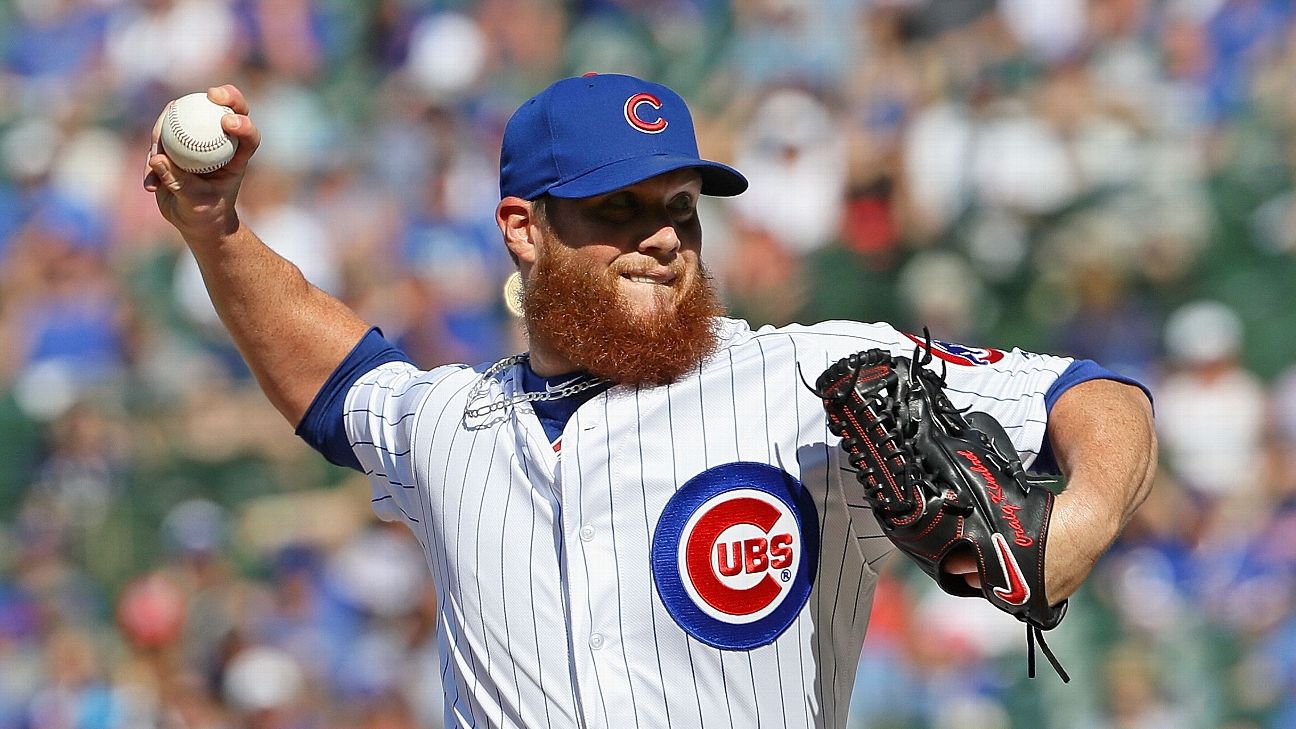 CHICAGO -- The Cubs are seeing their season slip away in heartbreaking and dramatic fashion as they lost their fourth consecutive one-run game at Wrigley Field on Saturday, after closer Craig Kimbrel gave up ninth-inning home runs on back-to-back pitches.

Kimbrel, 31, entered the game against the St. Louis Cardinals holding onto an 8-7 lead before Yadier Molina hit his first pitch, a 97 mph fastball, out to left field. Paul DeJong did the same moments later, sending another fastball over the wall.

"I feel like I made two competitive pitches that I wanted to and they went out," Kimbrel said after the game. "It's frustrating. It's the only thing I can say."

The ending is becoming all too familiar for the Cubs and Kimbrel. He also gave up a winning home run to Matt Carpenter in Game 1 of this series on Thursday, breaking a 4-4, 10th-inning tie. In just 23 appearances since signing with the Cubs in June, Kimbrel has given up nine home runs, a career high for one season.

"We had the right guy there at the end," Chicago manager Joe Maddon said. "You talk about two shots to the jaw, and they got the win."

The Cubs will have to wonder if Kimbrel was ready for the moment, considering he was on the injured list until Thursday with right elbow soreness. The team deemed him ready after a 16-pitch simulated game a couple of days earlier, but three home runs given up in less than two innings of work might suggest something different.

"I feel great right now," Kimbrel said. "I just didn't get the results I wanted -- the results I need to have to do my job. Moving forward, I have a good feeling I will."

As Maddon added, "He was already in one game. He's had ample time to get it back together. It was kind of surprising. ... That was the right time for him. There was nothing wrong with his arm strength."

Kimbrel is signed for two more seasons after this one, so concern might grow about his performance, if indeed he is healthy. But the here and now is the only thing that matters for the Cubs. It was a crushing defeat in a week of them, even though they fought back several times in Saturday's four-hour, 24-minute marathon. But whatever can go wrong has, as the Cubs dropped their fifth consecutive game, and they are reeling from injuries and blown saves.

"Craig's a Hall of Fame closer," Cubs first baseman Anthony Rizzo said. "He's got a track record for a reason. He puts in the work. We all see it. He's an amazing guy in the clubhouse. We have his back. It's tough. I know he feels bad, but he's a competitor and he's a champion and he'll bounce back."

It has been 47 years since the Cubs have lost four consecutive one-run games, but they'll have to put that all behind them if they have any chance at a fifth consecutive postseason appearance. Saturday's game will be a tough one to get over. Chicago's chances to make the playoffs dropped from 77% at the end of play on Monday to 9.1% on Saturday night, according to FanGraphs data. 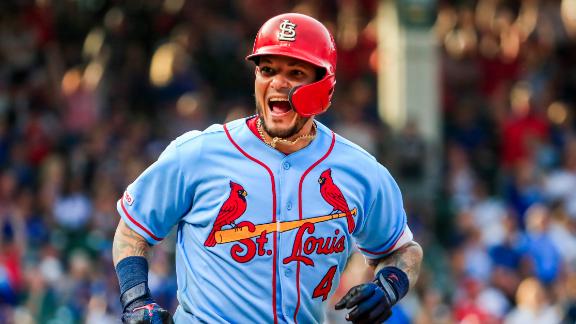 Molina and DeJong go back-to-back to seal Cards' win
Yadier Molina and Paul DeJong hit back-to-back solo home runs in the ninth inning to put the Cardinals up for good over the Cubs. 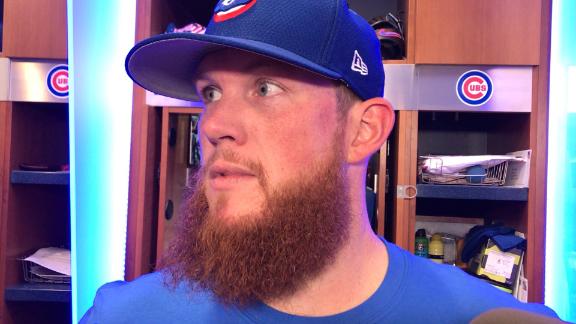