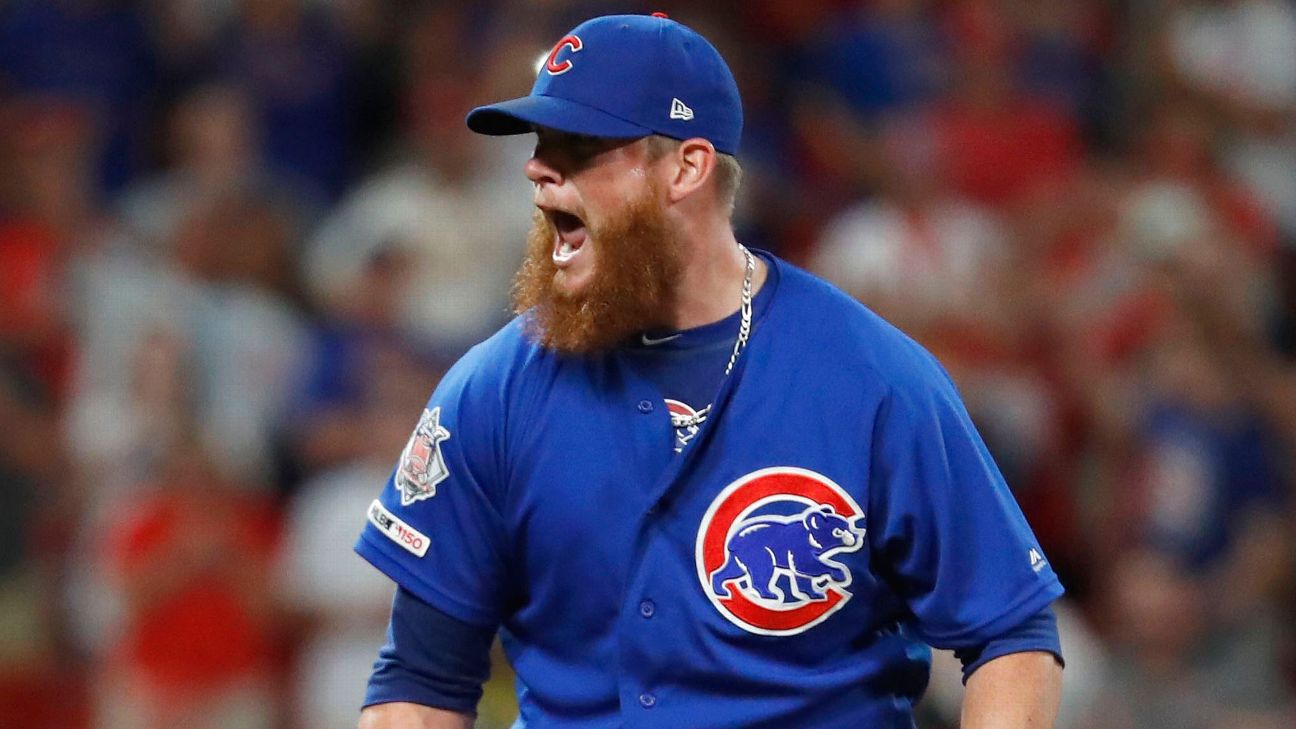 CHICAGO -- A change could be brewing at the end of games for the first-place Chicago Cubs. Manager David Ross was asked Saturday if he's thinking about moving closer Craig Kimbrel out his current role.

"That's a good question," Ross responded in a video conference call with reporters. "I appreciate you asking that. I'm not sure on that. I'll get back to you on that. ... I'm in the middle of conversations with Craig. We'll have those with him first."


Kimbrel, 32, gave up two home runs in the ninth inning in Friday night's 6-3 win over the Pittsburgh Pirates after getting pulled earlier in the week in a ninth-inning save situation. The Cubs won that game as well, with Jeremy Jeffress earning the save. He may get more opportunities, according to Ross.

"He's frustrated," Ross stated of Kimbrel. "He wants to work through it. He wants to be better. We're here to help. We need him to be good if we're going to have a lot of success."

Kimbrel gave up a home runs to Josh Bell and Colin Moran on back-to-back pitches Friday. Both came on 97 mph fastballs but in the strike zone and with little movement. Ross said he likes the velocity but admitted Kimbrel isn't quite right.

"It's nice to see the ball coming out like that," Ross said. "It's a nice indicator that he feels good. There are some mechanical things we can shore up so he's back to hiding the ball more, a little more deception in his delivery."


Having said that, the Cubs first-year manager dismissed any notion that Kimbrel might be tipping pitches -- at least for now.

"We're not looking at the tipping scenario quite yet," Ross explained. "We feel like there are some things that can get him back to where he feels a little more comfortable."

Kimbrel has given up 11 home runs in 22 innings as a member of the Cubs after signing at midseason last year. In 1.1 innings this year, he's given up two hits, four walks and hit a batter.

"If we can lock him in, we'll see a much better Craig," Ross said. 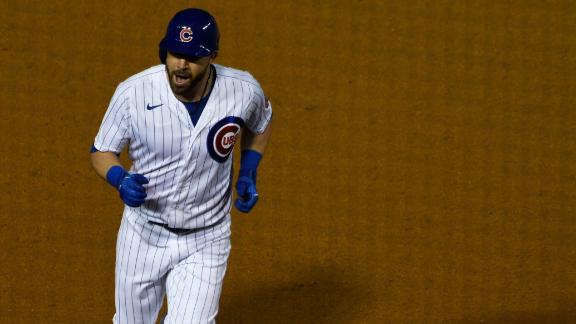