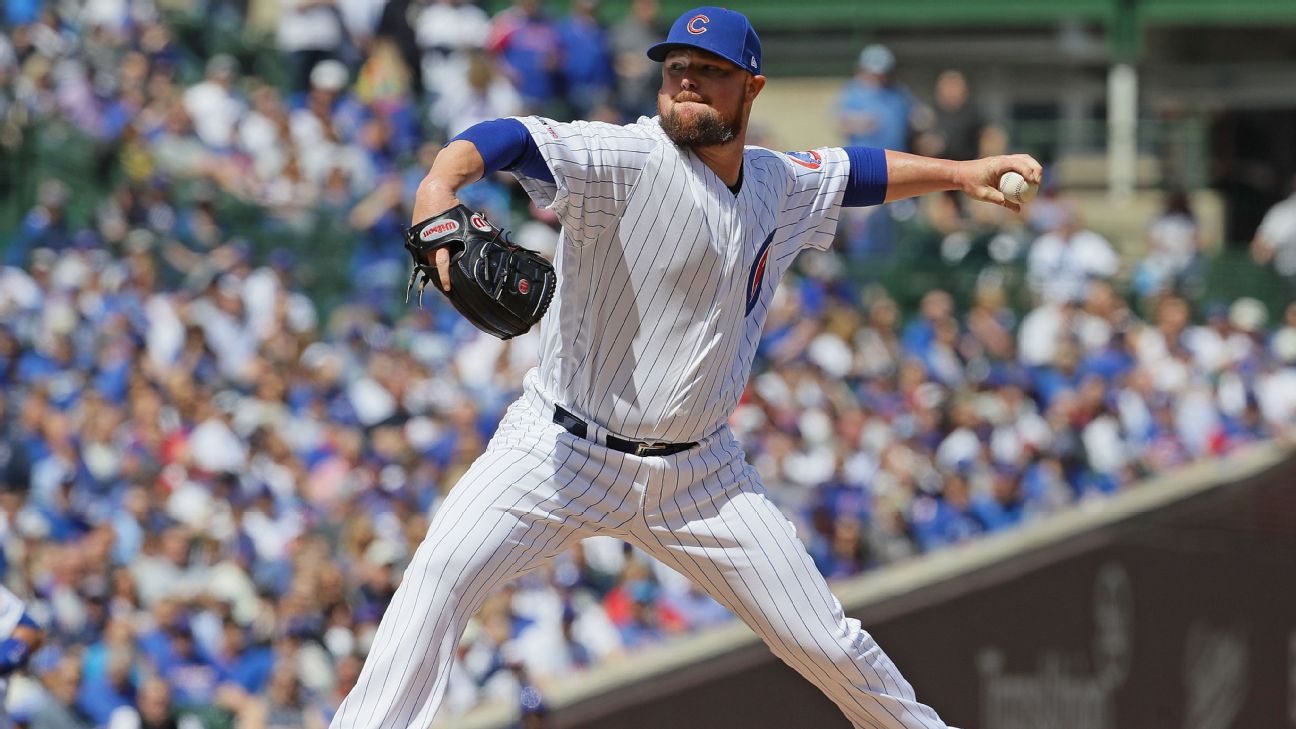 Lester will get an MRI on Tuesday, an off day for both teams, who meet again Wednesday.

"I didn't feel anything as far as a pop or anything like that," Lester said after the Cubs' 10-0 victory. "Kind of more along the cramping sensation. We'll find out more [Tuesday]."

Lester's injury occurred while he was running the bases in the bottom of the second inning. He slid into second base on an RBI double and moments later slid into home as part of a six-run inning by the Cubs. The veteran says he's never had leg problems before. (Lester, 35, has made at least 31 starts every season since 2008.)

"In my mind, I'm making my next start," he said. "[Tuesday] may tell us something different."

While warming up before the top of the third, Lester grabbed his left hamstring. He then faced two batters, allowing both to reach, before manager Joe Maddon went and got him. Brad Brach replaced Lester.

Lester wasn't the only pitcher suffering Monday. Taillon was hit by a line drive off the bat of Anthony Rizzo in the second inning. He was attended to but shook everyone off and stayed in the game to finish the inning. He was pinch hit for in the third, however, trailing 6-0. None of the runs were earned, as Pirates shortstop Kevin Newman committed three errors.

Lefty Steven Brault replaced Taillon. The Pirates announced that their team doctor checked out Taillon, and initial tests were normal. He is scheduled to be evaluated Tuesday.

This wasn't the first time Taillon was hit in the head by a liner. As a rookie in 2016 against the Brewers, he took a vicious liner off the back of the head in the second inning. He stayed in that game, too, going six innings. 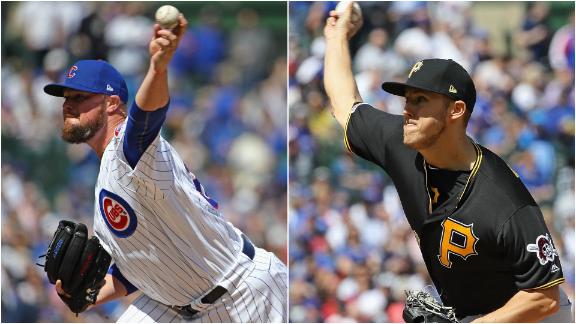