Cubs LF Kyle Schwarber trips over shoe, gets up to make catch 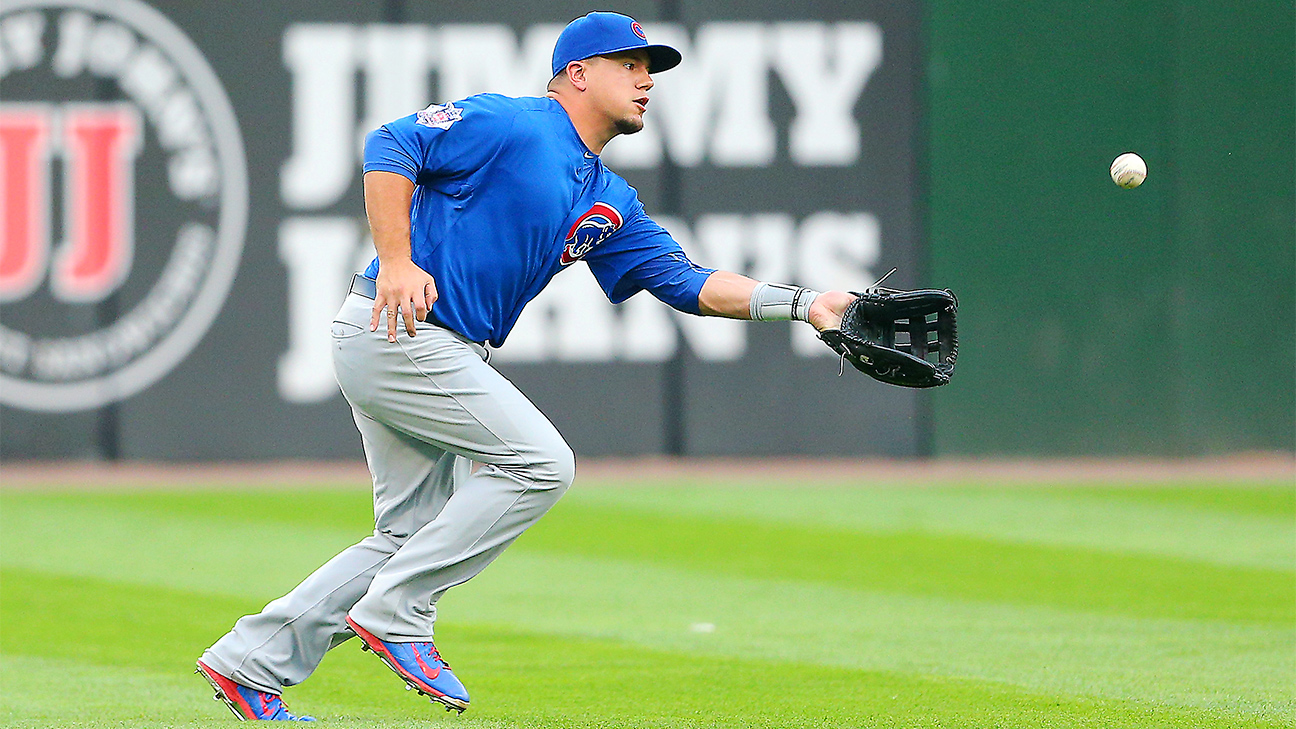 After being unable to track down a fly ball that plated two runs for the St. Louis Cardinalsin the fourth inning on Saturday, Schwarber tripped over his shoe and fell to the ground on another fly in the sixth, with the Cubs leading 5-4.

But he kept his gaze in the air, and he recovered in time to make the catch.

Then he pointed at his right shoe before taking it off and heading to the Cubs dugout for a replacement.

"Schwarber [showed] his offseason program by being able to fall down and get up," manager Joe Maddon said after the game."All the Burpees (an exercise) he probably did during the offseason were demonstrated right there."

Schwarber was easily tracking Cardinals third baseman Matt Carpenter's fly -- a ball Statcast rated with a 99 percent chance of being caught -- when all of a sudden, he went to the ground.

"It looked like he may have blown out his shoelaces," Maddon said. "I've had that happen. It looked like it was spread open, and he couldn't put them back on. I think he popped the laces."

Schwarber wasn't available for comment after the game. Maddon was grateful he finished the play.

The manager was asked if he had ever seen that happen.

"In high school football, but I haven't seen in baseball," he said.

Schwarber makes catch while tripping over shoe
Kyle Schwarber appears to fall over his own shoelace in the outfield, but gets back up and makes a grab for the out.
Report a correction or typo
Related topics:
sportsespnmlbkyle schwarberchicago cubs
Copyright © 2020 ESPN Internet Ventures. All rights reserved.
More Videos
From CNN Newsource affiliates
TOP STORIES