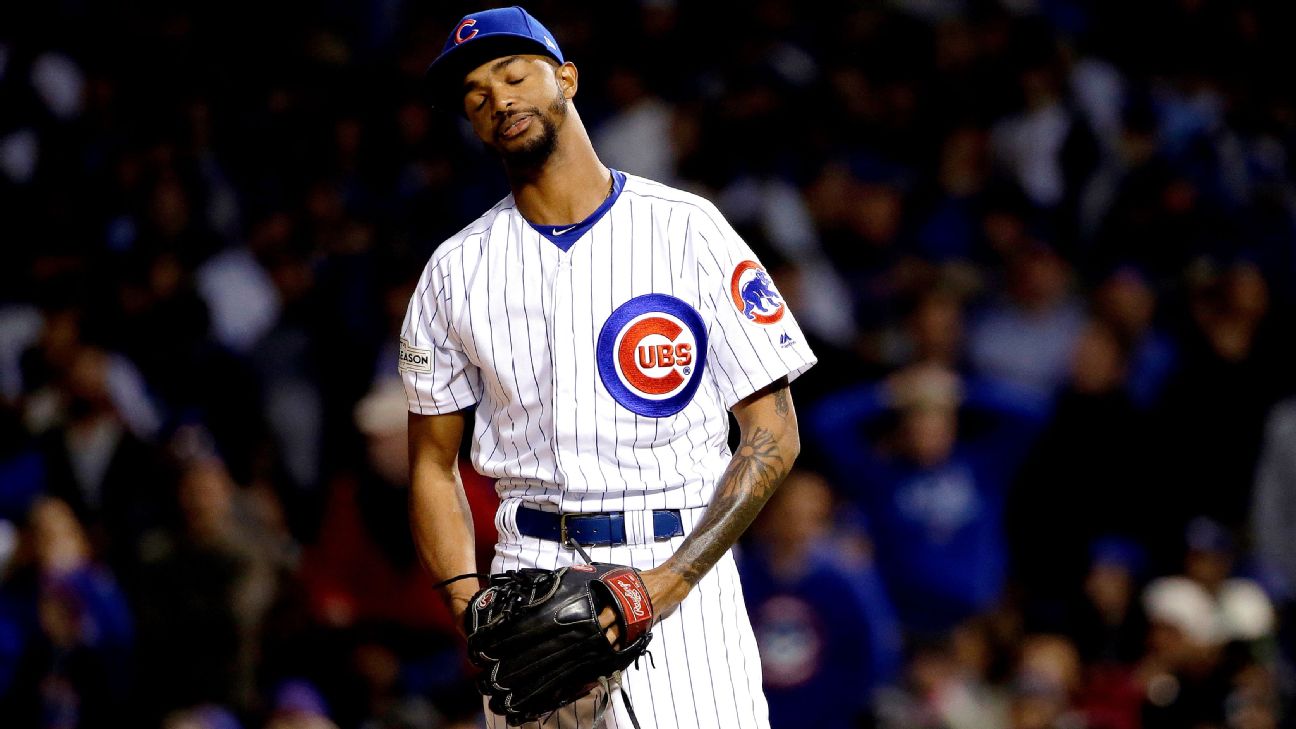 MILWAUKEE -- After a dismal start to the season, the Chicago Cubs are calling up reinforcements for the bullpen.

Righty Allen Webster and lefty Kyle Ryan will take the place of Carl Edwards Jr., who was optioned to Triple-A Iowa on Saturday, andMike Montgomery, who was placed on the injured list with a left lat strain.

Edwards, after his first week of the season ended with a 32.40 ERA, is being sent down before the Cubs even play a home game. On Friday, he gave up a two-run homer to the Brewers' Orlando Arcia as the Cubs eventually fell 13-10 for their sixth straight loss.

He revamped his delivery this past offseason but, by the end of spring training, it was deemed illegal, as Edwards was touching the ground twice with his right foot before releasing the ball.

His old delivery worked for one outing, but eight of the 13 batters he's faced this season have reached safely, including five walks and two home runs.

"We all know he wants to throw strikes," Cubs manager Joe Maddon told reporters Saturday. "It's more about developing his routine. ... What do you do when things go badly? That's what he needs."

Montgomery, 29, has also struggled after being slowed in spring training by shoulder soreness. He's given up eight hits and five earned runs in just 2 innings.

Said Maddon:"We're hopeful it will only be 10 days."

Webster was signed late last year and then invited to spring training, where he had one of the better camps, according to Cubs president Theo Epstein. Ryan, who spent last season in Triple-A Iowa after playing for the Detroit Tigers for parts of four seasons, also had a strong camp.