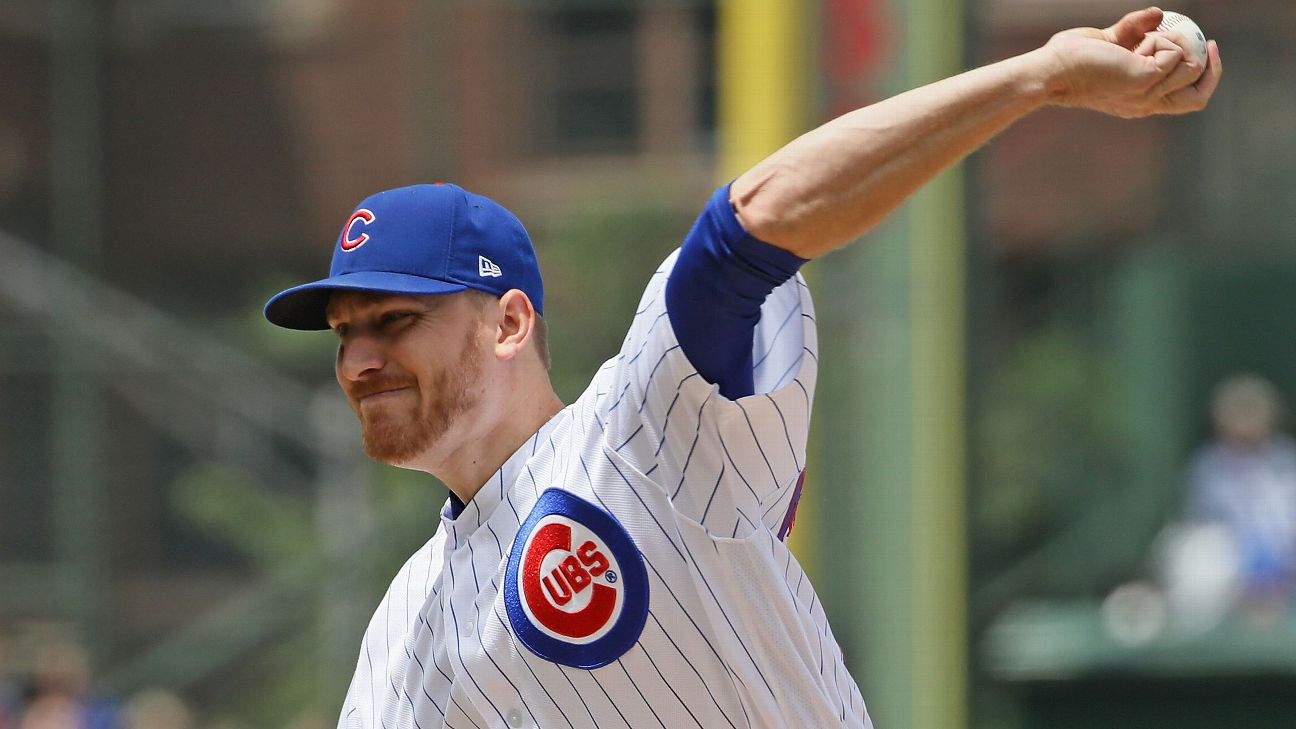 PITTSBURGH -- The Chicago Cubs were dealt a blow to their rotation as lefty Mike Montgomery was placed on the 10-day disabled list on Friday with shoulder inflammation. Montgomery, 28, was scheduled to start against the Pittsburgh Pirates on Saturday, but righty Tyler Chatwood will take his place instead.

"I felt something after my bullpen outing and honestly thought it was normal soreness," Montgomery said Friday afternoon. "It's frustrating, but I have to get it right. I don't think it's too far off. Just a little discomfort there."

Montgomery had a 3.08 ERA in 13 starts filling in for injured righty Yu Darvish. But the Cubs have been monitoring his usage, considering he threw a career-high 130 innings last season. He's at 99 this year. Ironically, Montgomery felt discomfort during a time when the Cubs were backing off of him. He was skipped in the rotation last time around.

Chatwood returns to the starting staff after being sent to the bullpen in favor of Cole Hamels, who was acquired in a July trade. Despite missing starts, he still leads the majors in walks by a wide margin.

Maddon and Chatwood have discussed his control issues and even had a conversation as recently as Thursday, before the team knew he was going to start again.

"Chatwood could be a big boon to us right now," Maddon said. "I thought Tyler was in a really good place, mentally."

Meanwhile, the loss of Montgomery coincides with the return of Darvish -- at least in a minor league game. He's scheduled to pitch for Class-A South Bend on Sunday as he recovers from an elbow ailment.

"I want to take things slowly," Darvish said through his interpreter.

Darvish has been out since May and already had one setback in his recovery. The Cubs readily admit another one could derail him for the rest of the year, hence they are planning up to three rehab outings before he joins the big league team.

"I'm hoping everything will be settled and fine," Darvish said. "Instead of airing everything out, it's the very first rehab assignment. I'd rather check each column [box] for what I have to do."