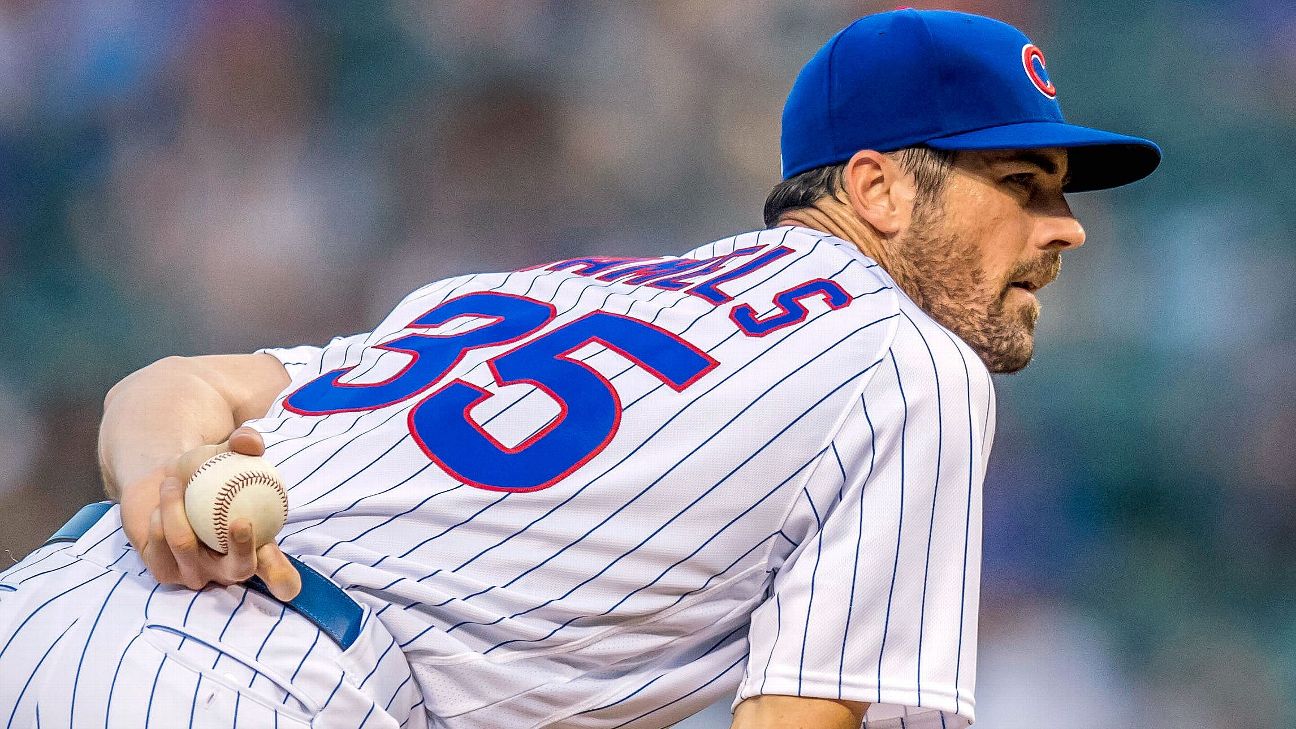 CHICAGO -- With their season on the line, the Chicago Cubs were forced to scratch veteran left-hander Cole Hamels from his scheduled start Friday against the St. Louis Cardinals, choosing to pitch Alec Mills in his place.

Hamels, 35, has left shoulder soreness that is expected to sideline him for one outing.

"Anytime a guy like that says it's bothering him a bit, you have to really believe it," manager Joe Maddon said. "Especially at this time of year, how much he loves to compete and play right now."

Hamels has struggled over the past couple of months, compiling a 7.36 ERA in his eight most recent starts.

Mills, 27, will make his third start of the season after spending most of the year at Triple-A Iowa. He gave up five runs in 10 innings in his first two starts.

Meanwhile,Anthony Rizzo, who wasn't in the original lineup Thursday night, is playing. He'll lead off and play first base. He has been out since Sunday with an injured ankle.

The Cubs also activated closer Craig Kimbrel from the injured list; he's been out with elbow soreness. He is available for Thursday's opener of a four-game series against St. Louis. The team could also benefit from the return of Javy Baez -- at least as a pinch runner. Baez has been out with a thumb injury but was cleared to resume light baseball activities. Maddon is expected to use him only on the basepaths, if he's needed.

"He'll wear one of those oven mitts," Maddon said.

The Cubs entered Thursday three games behind the first-place Cardinals in the National League Central, and the teams play seven of their final 10 games against each other.
Report a correction or typo
Related topics:
sportsespnmlbcole hamelschicago cubsalec mills
Copyright © 2020 ESPN Internet Ventures. All rights reserved.
More Videos
From CNN Newsource affiliates
TOP STORIES