Despite being swept in the first round, no major changes forthcoming for the Blackhawks 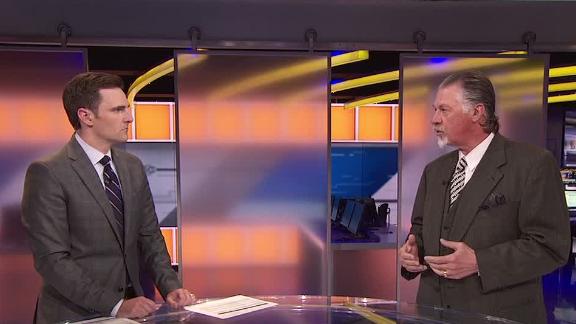 ESPN
By Scott Burnside
You knew this moment was coming, but it was still hard to believe.

There they were, the mighty Chicago Blackhawks, glumly on the wrong end of the handshake line while a joyous crowd at Bridgestone Arena celebrated their Nashville Predators.

You can only imagine the disbelief in that Chicago locker room after being swept -- swept! -- from the playoffs in the opening round.

The Blackhawks, Central Division champions with 109 points, sank beneath the surface of the playoffs like a stone in water, leaving not even the smallest ripple.

Captain Jonathan Toews, Marian Hossa, Patrick Kane, Duncan Keith and Brent Seabrook, the core, the engine that had delivered three Stanley Cups between 2010 and 2015, were done.

The Predators dominated in 5-on-5 play, their speed overwhelmed the Blackhawks D and didn't give the potent Chicago offense a chance to set up. Toews scored his only goal of the series with the Blackhawks trailing 3-0 midway through the third period. Kane had one of the goals in the series. Dennis Rasmussenhadthe other.

And so "disbelief" is a good word, and not just for the 4-1 final Thursday, but for what that loss implies for a team that was considered a modern-day dynasty.

End of the line? Closing of a window?

It's easy to suggest these things to be true, given the meek way in which the Blackhawks exited these playoffs -- a rare sweep and an even rarer sweep over a No. 1 seed by a No. 8. It's especially easy to suggest, given the Blackhawks also went out in the first round last year, dropping an emotional seven-game set in the first round to the St. Louis Blues last spring.

But let's take a breath.

"I don't think the Hawks' window is closing that quickly," said one longtime NHL player and scout. "With Keith, Toews, Seabrook, [Corey] Crawford and Kane all under contract, they should be contenders for some time. I believe they needed to retool because of cap issues, and they are lacking the depth that allowed them to win previous Cups." Another longtime manager and scout insisted it was far too soon to rebuild the Blackhawks.

This team did, after all, set the standard not just for icing championship teams, but for finding a way to keep winning championships in the harsh salary-cap world.

That's why GM Stan Bowman is among the best in the business. He has always discovered good talent at the draft despite never drafting near the top because of the team's regular-season successes. And he's added nice pieces through free agency, including last season's rookie of the year, Artemi Panarin, all against the backdrop of having committed a huge portion of his salary cap -- $44.7 million -- to his talented core.

But this shockingly brief playoff run highlights that this isn't a computer algorithm, that the intangibles play a significant role.

As a result, the lineup was sprinkled liberally with cheaper youngsters necessitated by limited cap space. The Blackhawks -- whose trip to the postseason was their ninth straight, second only in active streaks to the Pittsburgh Penguins -- had seven rookies this season collect 105 points. Seven players scored their first NHL goals this season.

The fact thatRyan Hartman, Tanner Kero, Nick Schmaltz and even Panarin could not score in the rarified air of the postseason isn't their fault. The decision to reacquire defenseman Johnny Oduya from the Dallas Stars at the trade deadline, just like the decision to repatriate Ladd from the Winnipeg Jets at a much higher cost a year ago, did not pan out. That's all on Bowman, although it seems disingenuous to criticize him a few months after praising him for making bold moves to give his team a better chance at another championship.

Likewise, it seems a bit myopic to have earlier praised Joel Quenneville, a Hall of Fame-bound coach, for integrating so many young moving parts and collecting the second-highest point total in franchise history during the regular season, and then blast him for not getting more out of the lineup in the playoffs.

Sure, it's a bottom-line business, and bottom line is this team didn't get the job done.

But two questions face Bowman, Quenneville and the rest of this team.

Will those young players -- now with valuable postseason experience -- be better served next spring to answer the bell, to score those crucial goals that eluded the Blackhawks in this very brief first-round ouster?

And, secondly, can the core that has served this team so well, has won so often and brought so much glory to the franchise and the city, bounce back next spring?

It's why so many experts I spoke to believe this is just a blip on the radar. Bottom line, it is still too early to count out the Blackhawks. 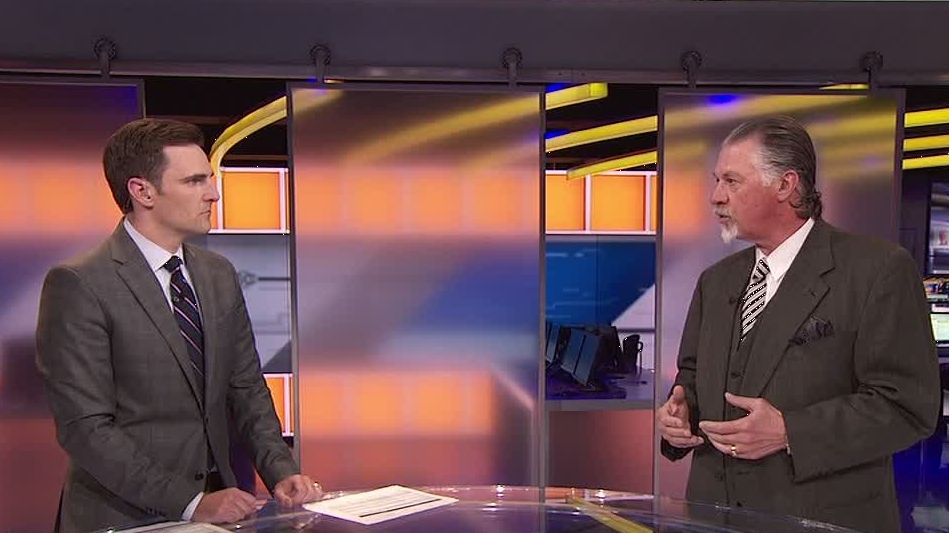 Melrose says you can't break up the Blackhawks
Barry Melrose explains why the future of the Blackhawks still is tied to the core group already on the team while saying the Predators were finally able to get over the hump by sweeping Chicago.