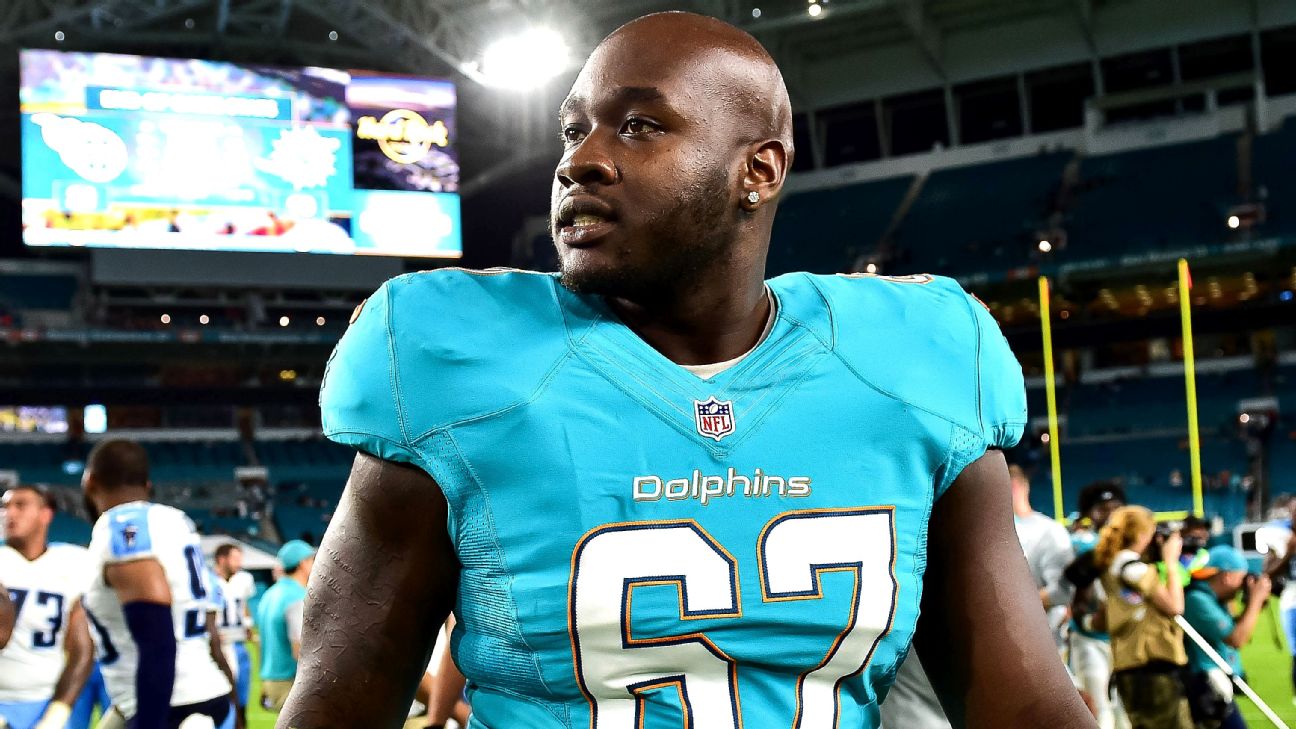 DAVIE, Fla. -- The Miami Dolphins got a big dose of good news Friday when left tackle Laremy Tunsil was cleared from the concussion protocol, and he'll be good to go Sunday vs. theChicago Bears.

Tunsil practiced every day this week in some capacity.

The Dolphins have already lost two offensive line starters for the year to injuries, so getting Tunsil back in preparation for their battle against Khalil Mack and the Bears' front is huge.

Tannehill was listed as limited practice participant Friday with a right throwing shoulder injury. He was listed on the injury report for the same injury on Wednesday and Thursday but was a full participant in practice.

He suffered the initial injury in the Dolphins' Week 3 win over the Oakland Raiders. He was listed on the injury report with it leading up to the Week 4 game at New England but was a full participant in practice every day with no apparent limitations. He was not listed on the injury report with the shoulder injury heading into Week 5 at Cincinnati.

There wasn't any reference to the injury by Tannehill or coach Adam Gase throughout this week, and it seems reasonable that the starting quarterback will push to play unless there was some sort of setback this week.

Tunsil said he suffered the concussion in the first quarter of the Dolphins' 27-17 loss to the Bengals, but he didn't tell the team and tried to play through it. He told the Dolphins about his headache in the third quarter when the pain became too much.

"I tried to play through it, and it got worse and worse," Tunsil said. It was his first concussion.

Miami was outscored 24-0, including two chaotic defensive touchdowns, in the fourth quarter of its loss at Cincinnati. Gase said the loss of Tunsil began the meltdown.

Mack will square off primarily with right tackle Ja'Wuan James, but the Bears moved Mack around some in their last game, so Tunsil might get a shot.

"Khalil Mack is a great player, obviously everybody knows that, I'm looking forward to that matchup," Tunsil said.

More importantly, the Dolphins solidify one tackle spot and can add extra attention to helping James with Mack on Sunday.