Dwyane Wade: Chicago farewell 'felt different than any other city' 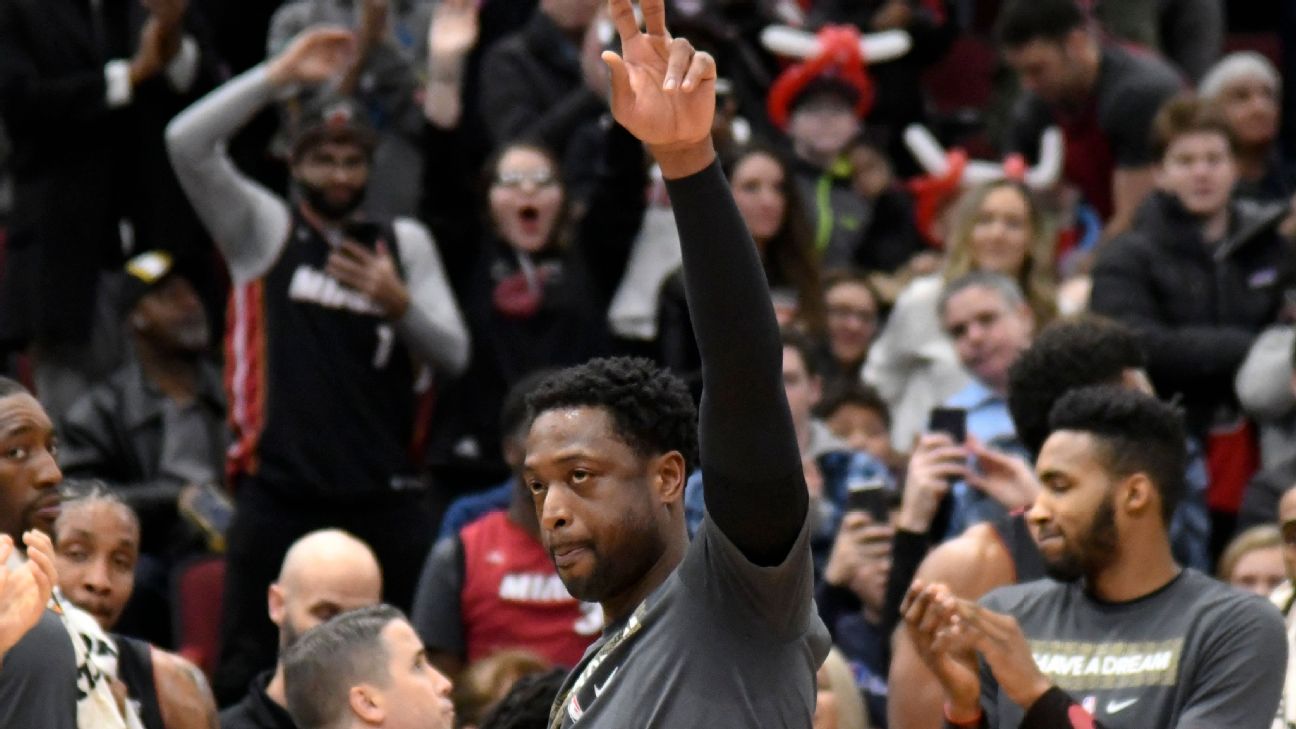 ESPN
By Malika Andrews
CHICAGO -- Dwyane Wade might have spent only one up-and-down season playing for the Chicago Bulls, but he will be remembered as one of Chicago's most revered players.

The Robbins product and future Hall of Fame guard played his final game in the United Center on Saturday, drawing a standing ovation when he entered the game for the Heat and receiving a tribute video of highlights from his brief Bulls tenure. The Heat defeated the Bulls 117-103.

Wade already has said his final goodbyes to 11 cities on his season-long farewell tour, but he said there was something special about playing for the last time in his hometown.

"It definitely felt different than any other city," Wade said after the game. "It was a good different. I have more of a connection here than anywhere else. This is my birth city. This is the place where my vision to become an NBA player started."

Fans wearing Wade's No. 3 jersey from his time with the Bulls and Cleveland Cavaliers straddled the metal banisters trying to get a glimpse at -- or maybe even an autograph from -- the man of the hour. Wade estimated he had 70 family members and friends in attendance, including his wife, Gabrielle Union, who sat courtside.

Wade, who went to high school 13 miles from the United Center and played college basketball close to home at Marquette, is part of a long list of notable NBA players hailing from the Chicago area, including Isiah Thomas, Doc Rivers, Tim Hardaway and Anthony Davis. While Wade wasn't ready to rank himself among the players to come out of Chicago, Bulls forward Jabari Parker, another Chicago native, said there's no question that Wade has left a local legacy.

"He kind of made it a dream come true that a hometown guy could come back to Chicago," Parker told ESPN. "We really do have a strong fan base for our hometown because it starts in high school."

Before the game, Wade told the crowd of reporters around his temporary locker that he would try to find a quiet moment to take in the weight of playing for the last time in his hometown but he couldn't focus too much on the emotions that come with saying goodbye. There were 38 games left to play.

Wade finished his last game in the United Center with 14 points, 7 assists and 10 rebounds in 27 minutes and exited the arena to "MVP" chants.

"You hope in these situations it can all work out perfectly -- your team can play well, the game can be in control for the coach's sake and you can give a chance for the ovation he deserves," Heat coach Erik Spoelstra said after the game. "That was a special moment just to see how the crowd here in his hometown reacted. It is well earned."

Wade lingered in the tunnel of the arena to sign nearly every hat, jersey, deflated basketball and figurine thrust his way.

"Man," Wade said when he made it through the throng of autograph seekers. "My hand is tired after all that!"

Then he cracked a smile, showered and prepared to walk out of the United Center for the last time during his career.
Report a correction or typo
Related topics:
sportsespnunited centerfinalechicago bullsdwyane wademiami heatnbafarewell
Copyright © 2020 ESPN Internet Ventures. All rights reserved.
More Videos
From CNN Newsource affiliates
TOP STORIES