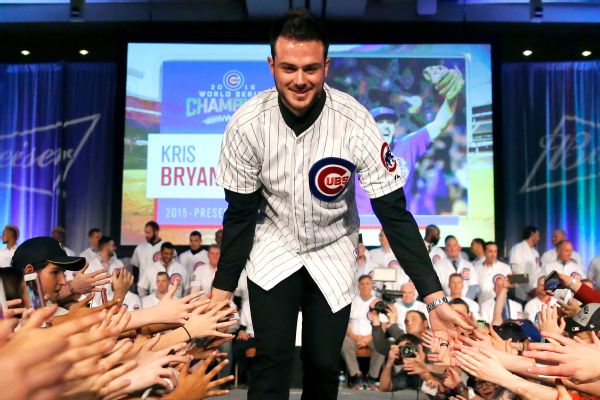 The Cubs took four of the top five spots in jersey sales that have been tabulated since the end of the World Series.

"Being in the right spot at the right time," Bryant said. "We have a following now. And with that comes a big responsibility."

The list is impressively made up of younger players, with the average age of a player in the top 20 at 26 years old.

Thanks in part to the Cubs, National League players held the first eight spots.

The jersey sale list makes the case for Bryant, 25, as the league's most marketable player, leaping ahead of the likes of other youngsters such as Trout and Bryce Harper, who was 15th on the list.

Bryant has had the best-selling jersey since he made his MLB debut in 2015,