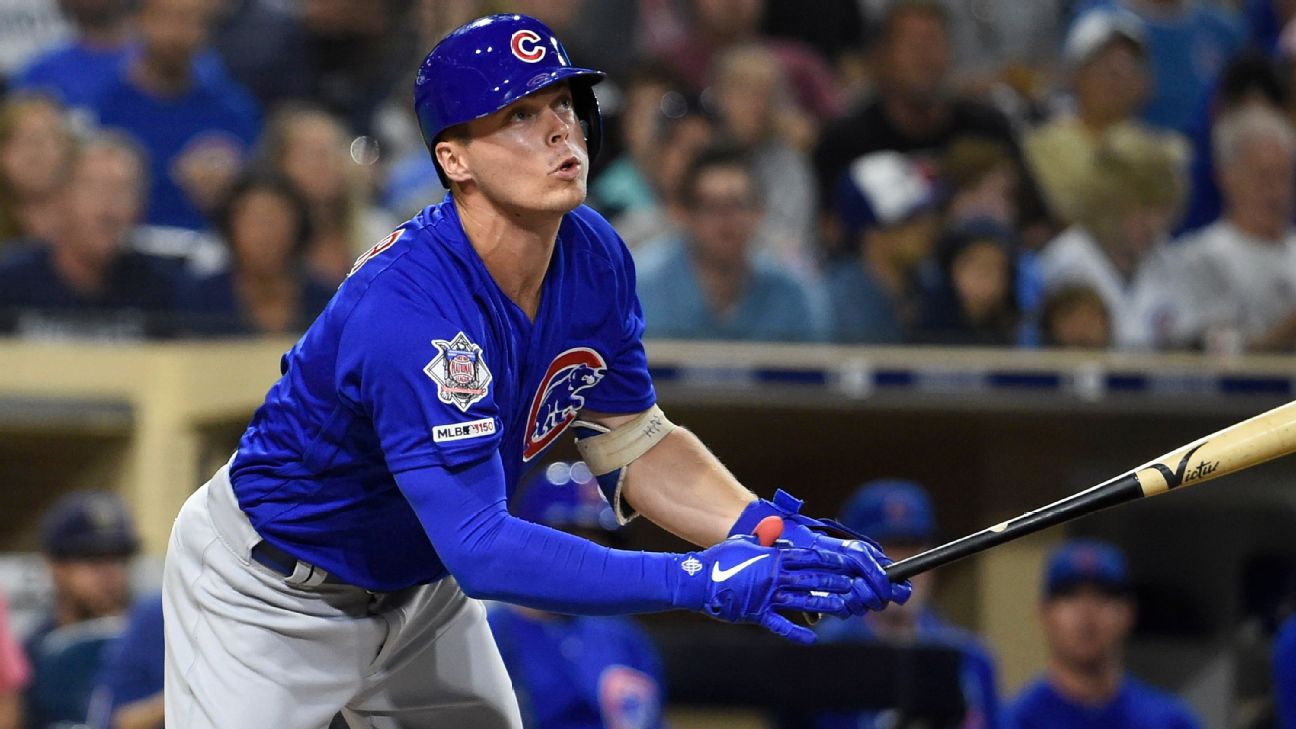 ESPN
By Jesse Rogers
SAN DIEGO -- Chicago Cubsshortstop prospect Nico Hoerner was on his couch in Northern California on Sunday.

On Monday, he was making history.

Hoerner became the second Cub since 1920 to debut with at least three hits and four RBIs in a 10-2 win over theSan Diego Padres.

Hoerner was watching the Cubs play the Milwaukee Brewerson Sunday when shortstop Addison Russell was hit in the face by a pitch. After a shortened season at Double-A Tennessee, due to an injury of his own, Hoerner and his dad thought that if his year had gone differently, he might have gotten a call at that moment.

The call came anyway, from Cubs VP of Amateur Scouting and Development Jason McLeod. Hoerner was needed in San Diego the next night to play shortstop while Russell entered concussion protocol and starter Javy Baez was checked out by a hand specialist due to a hairline fracture in his thumb.

It was a debut Hoerner won't soon forget.

"I didn't know I'd get three hits today," a smiling Hoerner said postgame. "You can't expect a result like that every time, but I felt normal out there. I feel like I'm in a good place to help the team going forward."

Hoerner, 22, ranged to his left on the second batter of the game for the Padres, Nick Martini, and then fired a bullet to first baseman Anthony Rizzo. From there, he settled in, facing former Stanford teammateCal Quantrill,

Hoerner blooped an 0-2 pitch to right for his first hit, tripled home two runs to left for hit No. 2 and singled home two more with a shot up the middle. In doing so, hebecame the second Cub since 1920 to record at least three hits and four RBIs in his debut.

In between all that offense, he continued to flash his glove and show off his speed.

The 2018 No. 24 overall pick in the draft -- the first from his draft class to make it to the majors -- impressed all in attendance, including those playing next to him.

"To see his name in the lineup and have him show up and keep his composure and do his job really well, it was definitely a real breath of fresh air for where we're at right now," second baseman Ben Zobrist said.

The Cubs were losers of three in a row before Monday's win and were barely hanging on to a wild-card spot in the National League.

"It's huge," Monday's winner, Kyle Hendricks, said. "It brings a whole different energy. It lifts the whole club up. We were so fired up in the dugout for him."

It's exactly the type of boost the team had been missing.

"What you saw tonight is what I saw in spring training," Maddon said. "Just a great opening night for him. I'm really happy for him."

Hoerner had a group of family members and about 20 friends in attendance, who along with other Cubs faithful in attendance could be heard cheering for him during every at-bat.

"That part was just otherworldly," Hoerner said. "Really grateful for that. It's about as good as it gets."

"I don't know if he could have asked for a better night," Zobrist said. 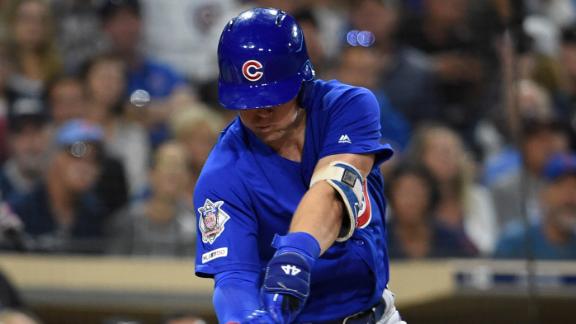