How Adam Gase can recreate magic with Jay Cutler 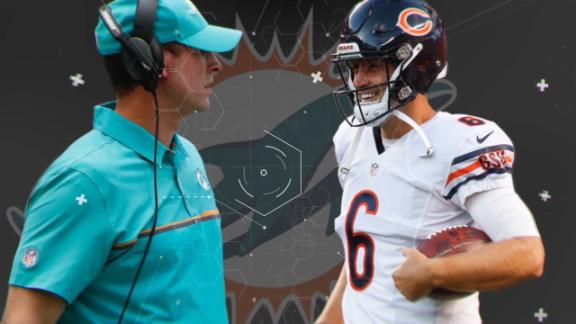 We can throw out Jay Cutler's lost season with the Chicago Bears in 2016. Don't even watch it. Injuries, a new system and he played in only five games.

But we have to go back to only 2015 to find a time when Cutler played extremely efficient football. With 3,659 passing yards, 21 touchdowns, 11 interceptions and a 64.4 completion percentage, it was one of the best full seasons of his career. And his coordinator that year? Current Miami Dolphins coach Adam Gase, who spent one season with the Bears.

Now Gase has convinced Cutler, who retired early this offseason, to join him in Miami after Ryan Tannehill went down with a knee injury. And if Cutler plays to the level he did in 2015, the Dolphins might not miss a beat.

Here's what Gase did during that season to maximize Cutler's strengths and cut down on the negatives. Plus, with the film, we can also get a look at how Cutler can make the Dolphins better right now.

We know Cutler has a live arm. He can sling it. But Gase used the call sheet to put Cutler in situations in which he could lean on the quick passing game and routes concepts that produced much more high-percentage throws. Take the risk out of the mix and give Cutler more clean reads in the short-to-intermediate route tree (see example below).

Think of Jarvis Landry for the Dolphins on the quick inside drag route or using DeVante Parker. This is a third-and-short situation. But instead of asking Cutler to make a tight-window throw, Gase uses formation and scheme (hi-lo mesh) to create an open lane for Cutler. This is a simple toss. Just dump the ball to his receiver with plenty of room to produce after the catch.

Just like we saw with a healthy Tannehill in Miami, Gase will use plenty of run-pass options to give the offense a numbers advantage. These are defined reads based on the defensive alignment. And Cutler has experience running Gase's RPO packages. Throw the wide receiver screen to Landry, pull the ball on a QB-designed run, hand off to Jay Ajayi on the inside zone or hit the inside pop pass (see example below).
Cutler has the athleticism and the toughness to handle the football on these RPOs. And that creates a matchup advantage for the Dolphins when Cutler can read the end-man on the line of scrimmage, pull the rock and force the linebacker to attack downhill before tossing the screen. That's a modern-day triple-option -- and we will see it this season.

Cutler loves to take his shots down the field on 50/50 throws. But Gase also used his game plan -- based on opponent -- to script matchups on deep throws. This allowed Cutler to challenge both single-high and two-deep safety looks while also taking advantage of Gase's game-planning to find targets over the top of the secondary (see example below).

The Chiefs are a man-free/pressure defense. And Gase knew it. That's why he called for a deep 7 (corner) route from a bunch formation. This allowed the receiver to break away from the defender's leverage --with no help to the outside. This ball? It's a dime. And it's the type of throw Cutler can make to Kenny Stills when the Dolphins want to take a calculated deep shot.

Similar to RPOs, Gase utilized Cutler's mobility off boot/play action. And with a strong run game in Miami led by Ajayi, the Dolphins can lean on the same schemes to get Cutler to the edge of the pocket. That gives Cutler much clearer throwing lanes and it also cuts the field in half (see example below).

Whether Cutler is under center or out of the gun (as we see here), he is good at buying time on the edge and using a combination of velocity and touch to find open targets. This also puts Cutler in a situation in which he can pull the ball down and run. Lot of positives to featuring Cutler in Gase's system off play-action and movement.

When the Dolphins move the ball into the red zone, look for Gase to use formation and alignment to give Cutler the best matchup possible. That could be Landry inside on the fade route from the slot (the toughest route to cover in football) or Parker on the seam due to his size and ability at the point of attack (see example below).

I really like that play call from Gase because he widened the defense to give Alshon Jeffery an inside matchup. With the running back flexed out wide, Jeffery now gets to work out of the slot. And Cutler absolutely rips this ball for the score. With the talent the Dolphins have at wide receiver, this is an area of the field where Cutler can play smart and productive football under Gase yet again. 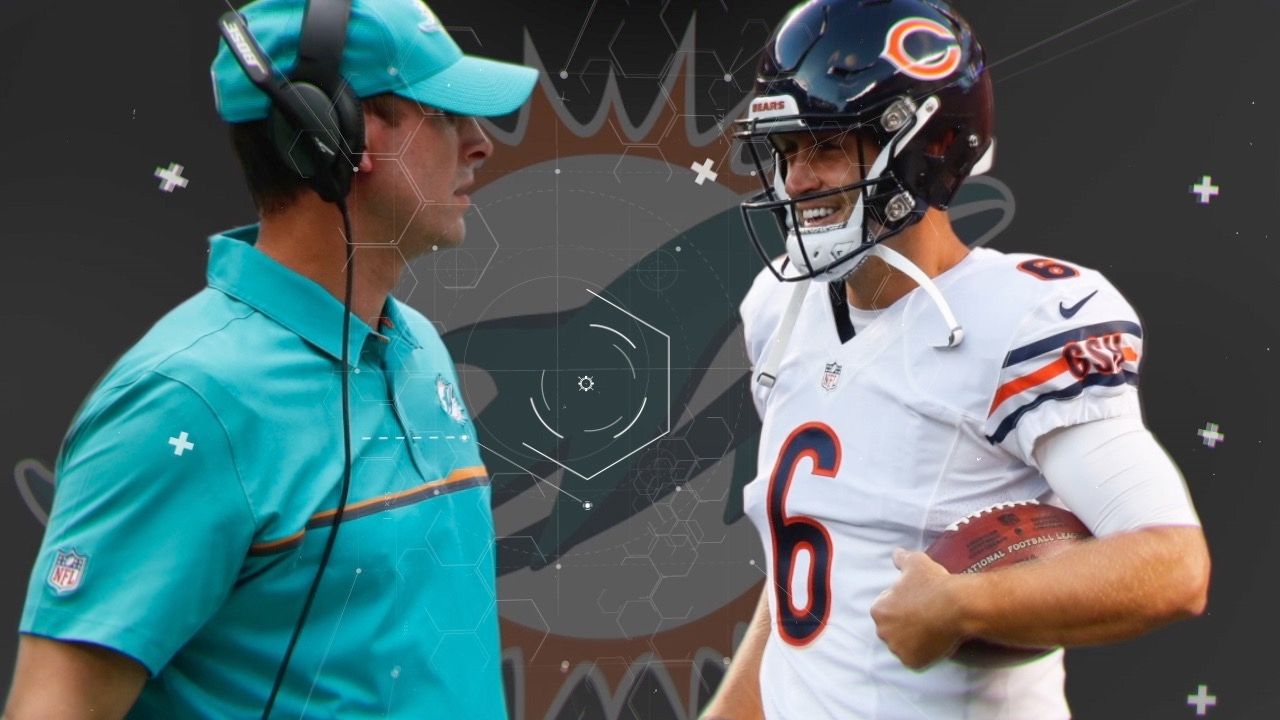