High school students came together Saturday in the south suburbs to mourn a teen who lost his life to a football injury last week.

CHICAGO (WLS) -- The Cook County Medical Examiner ruled Saturday that a football player from Chicago's Bogan High School died due to "blunt force head injuries" after being hurt during a game Thursday night.

Andre Smith, 17, was hit in the last play of the football game and collapsed after walking off the field. After the game, he was taken to the hospital, where he later died.

High school students came together Saturday in the south suburbs to mourn the teen. There were tears and hugs in tributes to the impact Smith made on their lives. More than 100 friends from his former high school, Rich Central, were at the school Saturday night to honor, mourn and share memories of the 17-year-old they called "Dre."

"He loved football, I know that for a fact. It's hard not seeing him no more," said Brandon Johnson.

They carried the jersey he wore when he played at this school.

Smith's brother says the outpouring of support means a lot to the family.

"I just think about the good things, like he's not suffering no more," said Erick Smith.

Smith was playing for Bogan High School Thursday when a hit on the last play of the game left him disoriented. He collapsed after walking off the field and later died at Christ Hospital. The medical examiner Saturday ruled the death was accidental, caused by "blunt force head injuries due to football."

"That's the most common cause of death after a head injury like this is bleeding or swelling of the brain that can lead to fatality," said Dr. Doug Evans, Loyola University Medical Center.

This Illinois High School Association issued a statement saying in part, "As anyone who has participated in athletics knows, there is a risk of injury any time a player steps on the field of play. Football, in particular, has been under the microscope over the last decade, and organizations at all levels of play, including high school, have been taking aggressive steps to try and reduce injury over time."

Former Chicago Bear Brian Urlacher is among the many offering condolences.

Urlacher talked about the risks of playing football when asked about Smith's death Friday.

"It's sad," Urlacher said. "I know that they're taking more precautions now to keep football players safe as many as they can, but the bottom line is football's a rough sport and I think injuries are going to happen no matter what. You hate to see stuff like that happen."

Smith is the seventh high school football player nationwide to die this year. 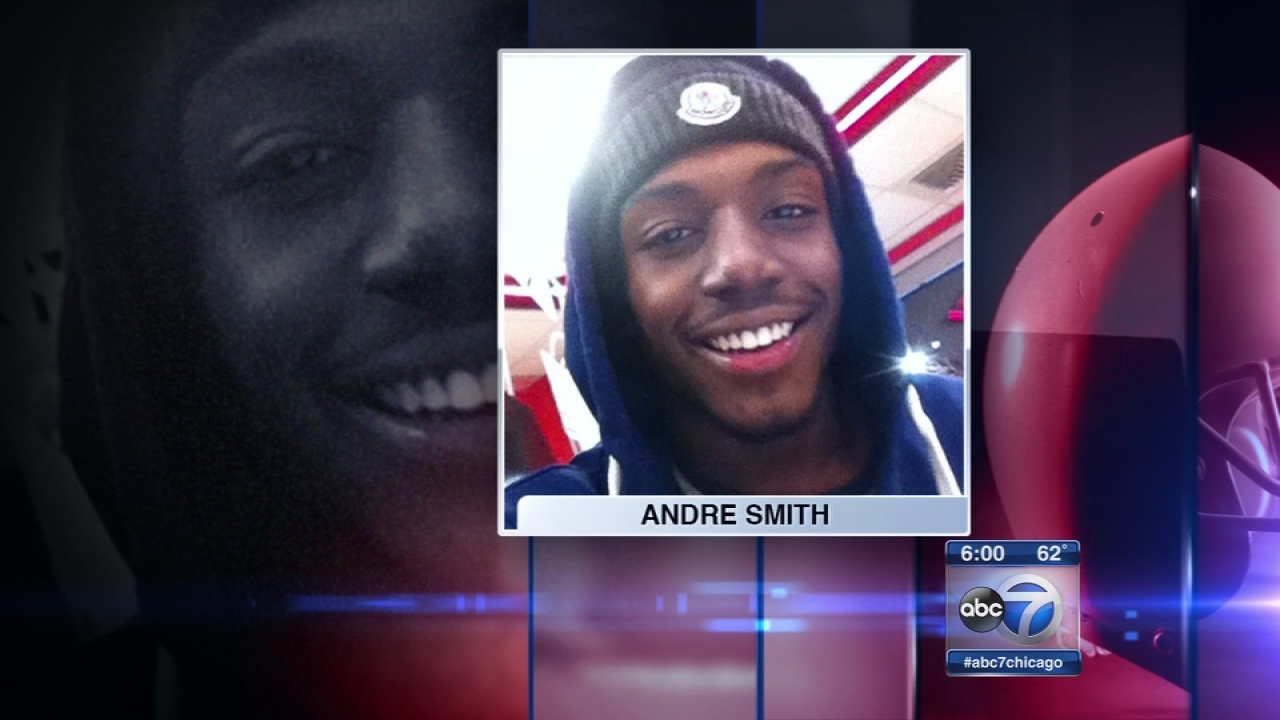