Jordan Spieth leads after third round at East Lake 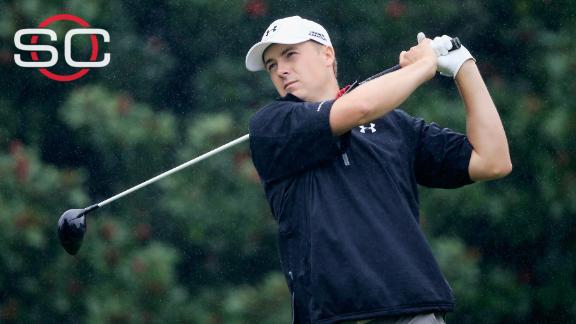 ATLANTA -- Jordan Spieth was so consumed with trying to make birdies and save pars on a rugged, rainy afternoon at the Tour Championship that he didn't realize until after he signed for a 2-under 68 that he had a one-shot lead.

He knows exactly what's at stake Sunday in what is shaping up as a dynamic end to the season.

Spieth made four big par saves and ended with a 20-foot birdie to overtake Henrik Stenson for the lead at East Lake. Already with the best year in golf, the Masters and U.S. Open champion is one round away from the richest year in golf history.

A victory would push Spieth over a record $12 million for the season and give him the $10 million bonus for winning the FedEx Cup.

"No matter what, it's a dream-come-true season," said Spieth, who is at 8-under 202. "So I don't need tomorrow to justify it. I'm not going to sit here and say $10 million doesn't mean anything to me, because it does. It's a fantastic bonus that I don't even know where it came from ... but all of a sudden they just want to give us more money. So it's fine with me.

"I'll work hard for the win tomorrow because I want to win this golf tournament. It would be special to get your name on that trophy."

Stenson had another ordinary day by his standards with his ballstriking, though he held it together for a 72. It was his first time in seven rounds that Stenson was over par and the first time in his two trips to the Tour Championship that he was no longer in the lead.

"We're still at the races," Stenson said. "I would have liked to have gone a few better, but we're still up there, and yeah, it's all going to be decided tomorrow."

He shot 31 on the back nine for a 67, the low score of the third round, and is four shots behind.

Spieth, Stenson and Fowler are among the top five seeds and each would be guaranteed the FedEx Cup with a Tour Championship win.

Starting the FedEx Cup playoffs, Spieth always knew that the Tour Championship was the only event that really mattered for winning golf's biggest bonus. He looked at East Lake like the final major of the year, and it played like that on Saturday.

A light, steady rain made the course so long that Stenson had to hit fairway metal twice into par-4s and couldn't reach one of them. Spieth narrowly cleared the water to the layup zone on the par-5 ninth.

"What is that race called, Tough Mudder? That's what it felt like," Stenson said.

As tough it was in the third round, the FedEx Cup finale might be even more difficult -- if not because of the course, then the competition and what's at stake.

Six players are separated by five shots, includingPaul Casey (71), who is tied with Fowler at 4-under 206. Casey is unlikely to win the FedEx Cup and might have the least amount of pressure on him.

Stenson already has four runner-up finishes this year -- two in the FedEx Cup playoffs -- and is determined to win.

"I'm very pleased with where we stand going into tomorrow, and Henrik's going to come back very strong," Spieth said. "This was his off day, and so I'm going to have to play even better."

Spieth said he doesn't feel any pressure. Win or lose, his year is tough to beat. But over the past two days, the 22-year-old Texan is looking like the guy who was tough to beat in the biggest events this year.

He has made only two bogeys all week and has produced an array of amazing par saves. The most timely were on Saturday.

Spieth saved par with a long bunker shot on the par-3 second and got up-and-down from 70 yards on the par-4 fifth hole, even after blasting a driver and a 3-wood. He was four shots behind and in the front bunker on No. 8, a flat lie facing a steep hill, and he had resigned to make bogey. Stenson was about 10 feet away for birdie. Spieth picked it clean and got up-and-down from 5 feet, while Stenson missed.

"I could have easily been 3 over through eight," Spieth said.

The other big save was on the 16th, when Spieth blocked it so badly off the tee he called out, "Holy, right!" It missed by a foot going into the bushes. He drilled a line drive through the pine trees to the first cut, hit a wedge to 20 feet and holed the putt for par.

Stenson's three-shot lead began to vanish with back-to-back bogeys to start the back nine, and he fell into a tie with a bad miss on the 17th into a bunker that left him no choice but to play away from the flag about 25 feet away. The lead was gone when Spieth made his birdie on the final hole.

"It's just like a major championship. That's what it feels to me like out there," Spieth said. "And we're in another position to do some fun stuff." 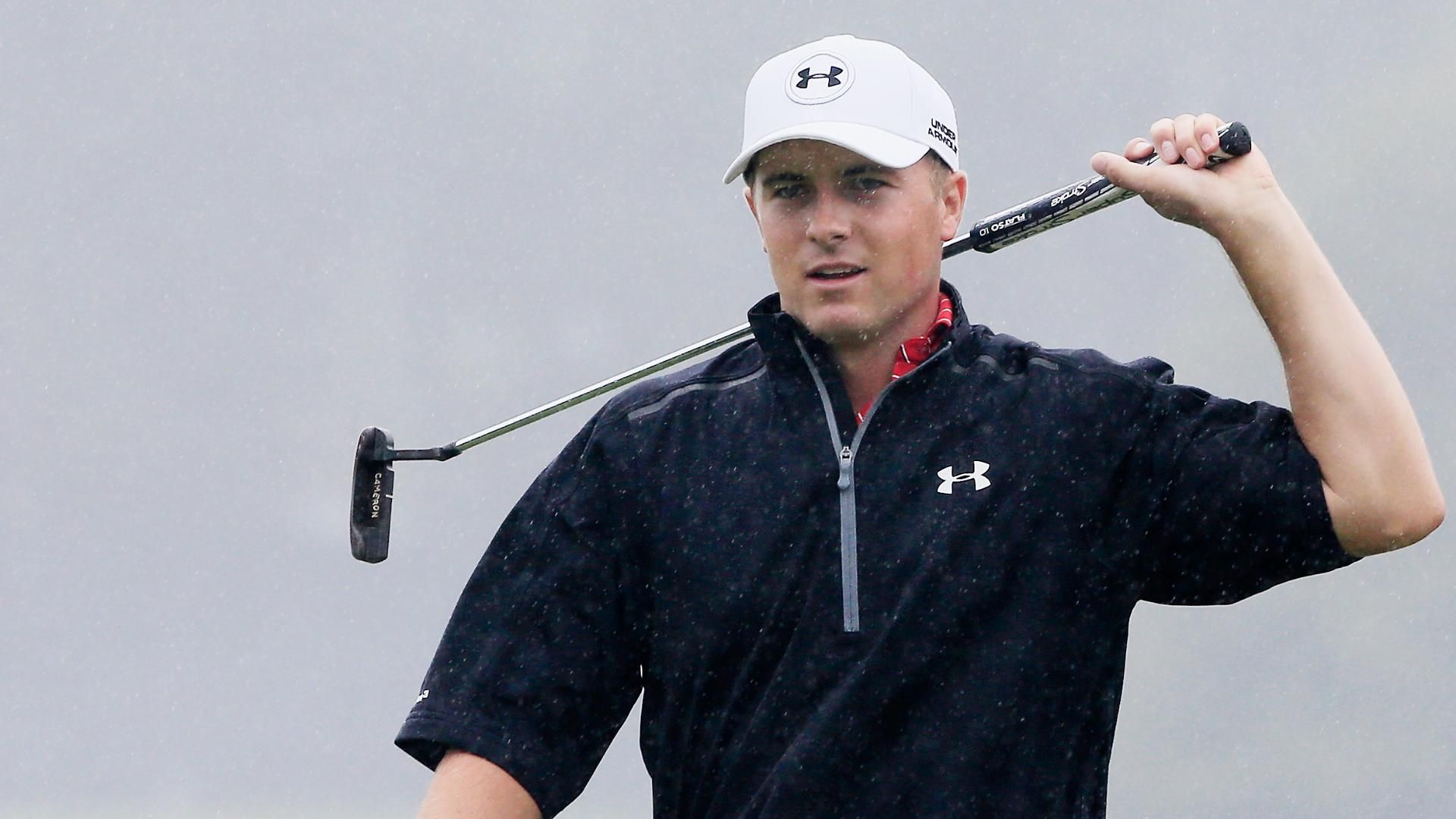