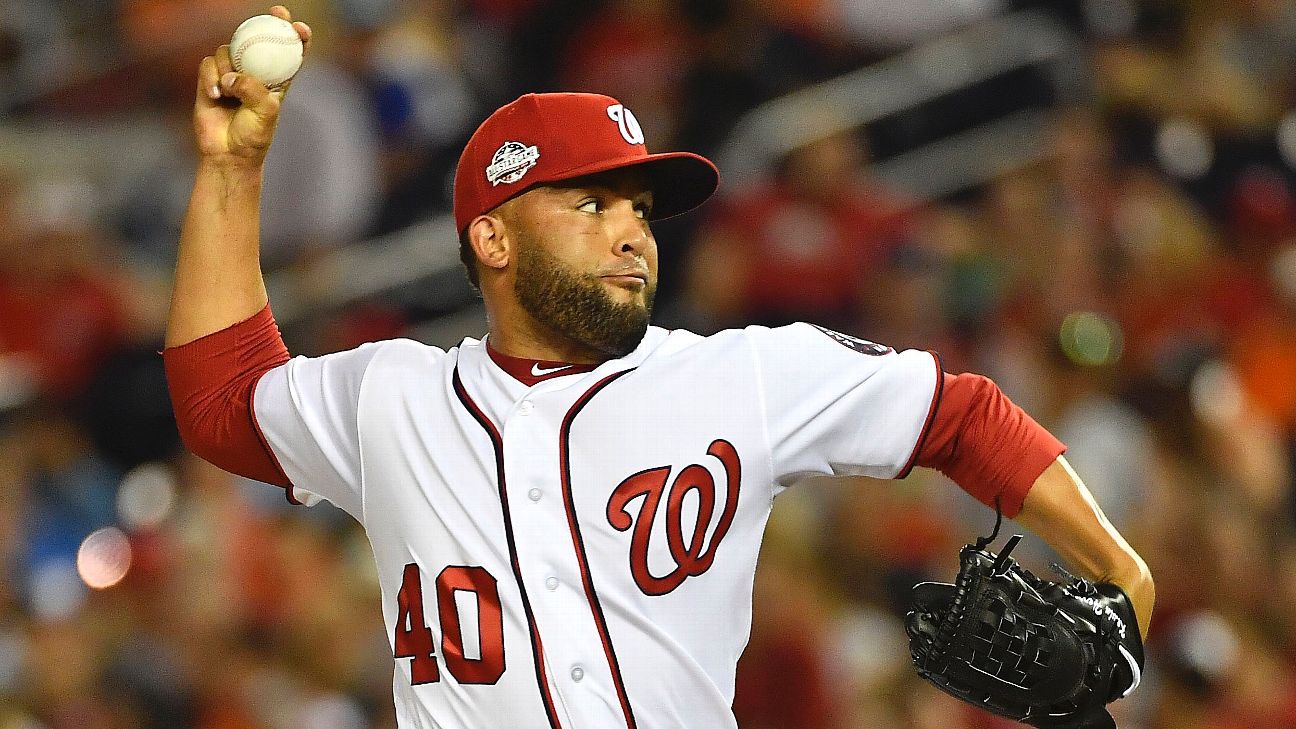 Free-agent reliever Kelvin Herrera and the Chicago White Sox agreed on a two-year, $18 million contract that includes a vesting option for a third season, the team announced Tuesday.

The two-time All-Star, who was part of the dominant Kansas City Royals bullpens that led them to back-to-back World Series, could serve as closer for the White Sox upon his return from surgery to repair a torn Lisfranc ligament in his left foot. The 28-year-old has 60 career saves, including three with the Washington Nationals, to whom he was traded in the middle of last season.

Herrera's deal comes as the White Sox push to be competitive in the American League Central this season. His option for 2021 will vest if he pitches in 110 games over the next two seasons and 55 in 2021, sources told ESPN.

He was 2-3 with 17 saves and 38 strikeouts over 44 innings in 48 relief appearances last season for the Royals and Nationals, who acquired him for three minor leaguers in June. While Washington hoped his addition to a bullpen that included All-Star Sean Doolittle and right-handers Ryan Madson and Brandon Kintzler would bolster their hopes for a playoff spot, the Nationals' season ended in disappointment and Herrera's on the DL.

Herrera, whose 100 mph fastball and high ground ball rates made him among the best setup men in baseball, helped Kansas City win the 2015 World Series -- and was one of the last players left from that title team still in Kansas City. He is 24-29 with 60 saves and a 2.82 ERA across 463 games in relief over eight seasons in the majors.