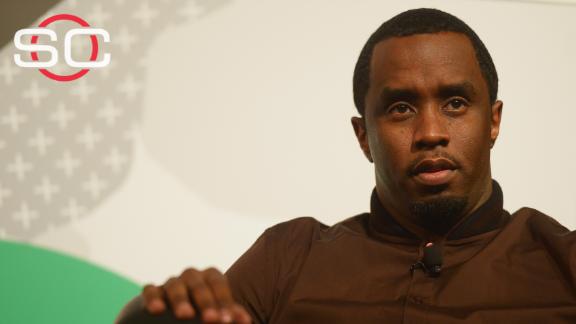 District attorney spokesman Ricardo Santiago said Thursday that his office has decided instead to turn the case over to the Los Angeles city attorney's office.

"We are thankful that the district attorney rejected felony charges in this matter,'' defense lawyer Mark Geragos said. "This case never should have been part of the criminal justice system to begin with.''

Frank Mateljan, a spokesman for the city attorney, confirmed his office would review the case.

The 45-year-old Combs was arrested June 22 at UCLA's athletic facilities for an alleged assault in which police say he wielded a piece of weight-room equipment called a kettlebell.

The hip-hop mogul says he was defending himself and his son. Combs' sonJustinis a redshirt junior defensive back on the UCLA football team, which has been working out on campus. He has played in just a handful of games in his three years with the team.

"The various accounts of the event and charges that are being reported are wholly inaccurate," a representative for Combs Enterprises, Combs' company, said in a June 24 statement. "What we can say now is that any actions taken by Mr. Combs were solely defensive in nature to protect himself and his son."

Combs was arrested for investigation of assault with a deadly weapon, battery and making terrorist threats.He was released within several hours of his arrest after posting bail, which was initially set at $160,000 but was said to be $50,000 by two officials inside the Los Angeles County Sheriff's Department.The reason for the discrepancy was not clear.

The incident, which involved Bruins strength and conditioning coach and formerNew York JetsstafferSal Alosi, is the latest of several allegations of violence by Combs.

Combs was arrested in 1999 for his involvement in the beating of former Interscope executive Steve Stoute in New York. Combs apologized, the charges were reduced and he was ordered to attend an anger management class.