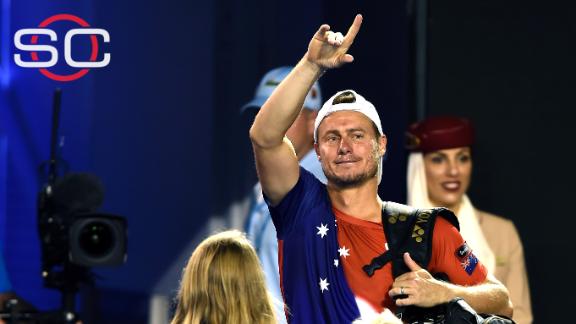 MELBOURNE -- Even in his final match, Lleyton Hewitt couldn't contain his anger.

Down 4-3 in the third set, Hewitt lambasted chair umpire Pascal Maria for refusing to remove the linesperson who had just called a series of foot faults on the Aussie.

"He's the only moron calling them," Hewitt argued. "You're a freaking idiot. That's why everyone in the locker room thinks you're full of yourself."

For two decades, those fiery cries have been a staple on tour.

But no more. On Thursday, Hewitt fell to No. 8 seed David Ferrer 6-2, 6-4, 6-4 in the second round of the Australian Open, ending the Aussie's 20-year-run as a professional tennis player in singles competition.

Despite the straight-sets affair, Hewitt, who is still alive in doubles with partner Sam Groth, showed flashes of the player who won two Grand Slam titles in the early 2000s.

Late in the final set, after a Ferrer drop shot, Hewitt made a beeline to the net with arms stretched to full capacity and flicked a winner just out of the reach of his opponent, sending the fans into a frenzy.

But Ferrer quickly broke Hewitt and silenced the crowd.

"You know, it was an unbelievable atmosphere out there," Hewitt said. "A couple of the roars during the match tonight was as loud as I've ever played in front of. I was getting goose bumps at times. Obviously just watching the video and hearing those great players talk about you in that light was pretty emotional."

Hewitt, 34, defied the game in many ways. At 5-foot-10, his size was considered a liability. But what he lacked in raw power, he made up for with ruthless competitiveness. He was combative, never afraid to wave his fist in celebration, let out one of his guttural "c'mons" or, when really amped, pull the cord on his imaginary lawnmower.

His antics often came to the displeasure of fans and opponents -- none more so than at the 2001 US Open, when Hewitt protested two foot faults called against him by an African-American line judge and demanded he be removed during a match againstJames Blake. Hewitt's comments were thought by many to be racist in nature. Ultimately, Hewitt was not fined or reprimanded for the incident and made amends soon after with Blake.

But love him or hate him -- and make no mistake, public opinion was split -- Hewitt was a genuine battler.

Hewitt is largely credited for changing the way the game is played. When he first came on the tour, there was a distinct dichotomy between power players and grinders. Hewitt's style was more of a hybrid -- a baseliner who would engage in long rallies but also step into the court and end points quickly.

"I think in that, a lot of guys believed that they could do it playing that way. That was probably my biggest thing. Obviously I think the other guys came in, and Roger [Federer], and that took it to a totally new level."

"Lleyton made me figure out my game and made me definitely a better player as well," Federer said in his last news conference. "I enjoyed the battles with him."

Other players also took to Twitter to congratulate Hewitt on his career:

So after 616 wins matches and 878 matches, Hewitt's career comes to a close. Some final nuggets:

He was the 2005 Australian Open runner-up (lost to Marat Safin).

He made 66 Grand Slam appearances, third most in the Open era.

But Hewitt's greatest passion was Davis Cup. He was 58-20, recording the most wins in Australian history. Hewitt, who participated in 40 ties, played one of the most memorable matches in recent times: In the 2003 championship, he came back from two sets down to beat Federer and clinch the title.

Despite losing both of his matches three years earlier, Hewitt was part of Australia's 1999 championship team.

"Playing for Australia has always been my biggest honor," Hewitt said. "Just feeling fortunate that I was able to finish my career on this court."

The player known as "Rusty" had a healthy entourage in his box against Ferrer on Thursday. But the rabid crowd quickly resigned itself to the reality that this was going to be Hewitt's final match.

"Tonight is for him, not for me," Ferrer said. "Lleyton fights until the last ball. He's unbelievable."

Hewitt pressed as his opponent upped his intensity. Hewitt began to spray balls, ultimately finishing the match with 43 unforced errors.

"[Ferrer] is a quality player," Hewitt said. "He's just come off another great year. He won a heap of titles. Yeah, he played in the World Tour Finals as well.

"... He didn't really give me a lot of opportunities out there tonight. All my service games were really hard to hold the whole time. The small opportunities I got on his, he didn't give me any cheap points."

While the farewell tour has come to an end, Hewitt won't be leaving the sport. In October, he was named Australia's newest Davis Cup captain. Hewitt, who long shouldered the weight of his country's impossible expectations, will lead a crop of young, talented players in Nick Kyrgios, Bernard Tomic and Thanasi Kokkinakis.

"Just the memories I have of Lleyton that I remember are watching him on the sidelines of Davis Cup really," Kyrgios said. "I remember me and Thanasi, we were watching him versus [Guillermo] Coria in Davis Cup. That was one of the funniest matches ever. He got so pumped and so amped.

"That's why it's such a sad time, because one of the greatest competitors of all time is leaving our sport." 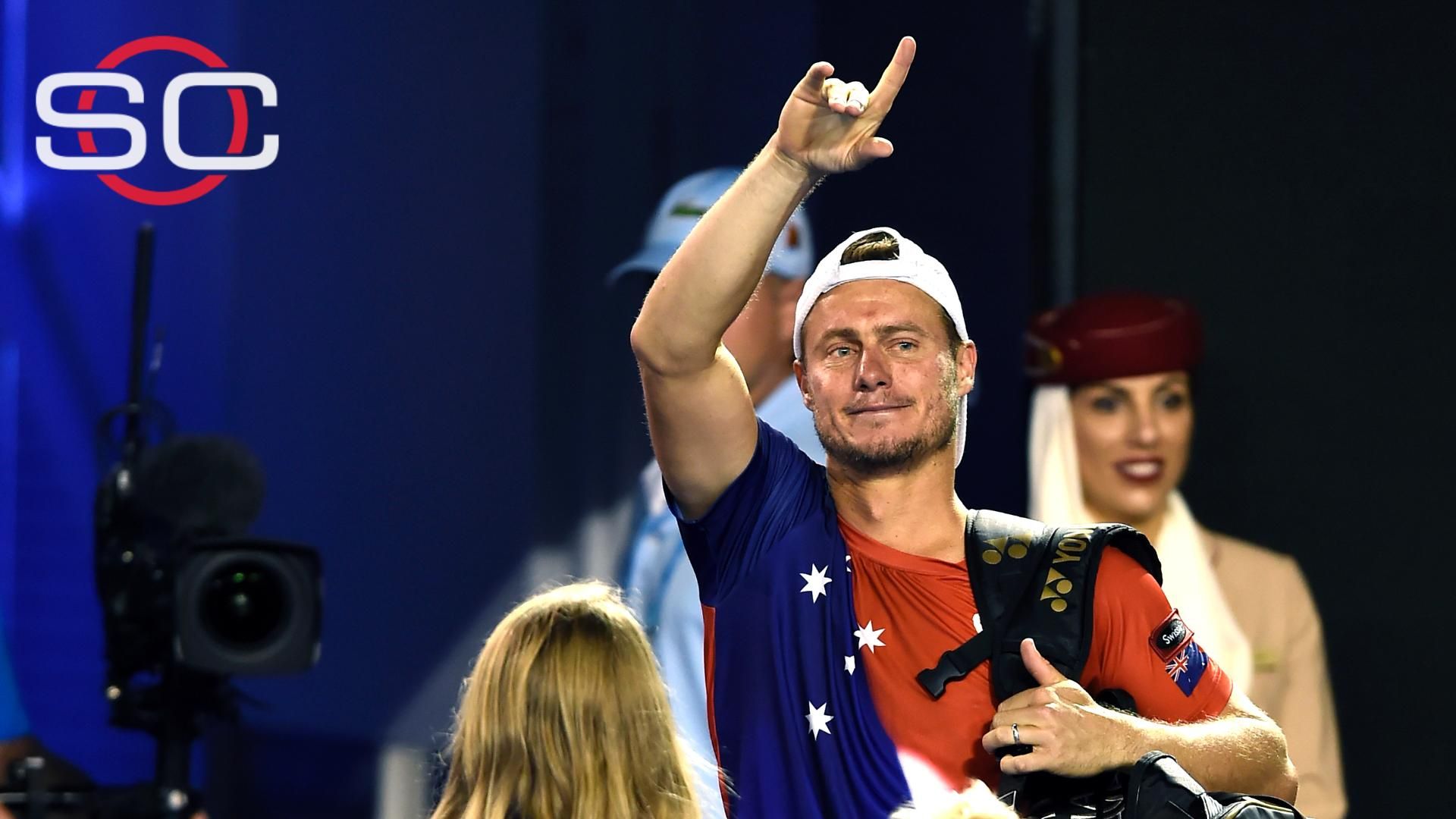 Hewitt ends singles career with loss to Ferrer
The crowd in Melbourne gives Australian Lleyton Hewitt a standing ovation after losing to David Ferrer 6-2, 6-4, 6-4 in his final singles match.

Hewitt on final match: The crowd was giving me goosebumps
Lleyton Hewitt talks about his final singles match before retiring. 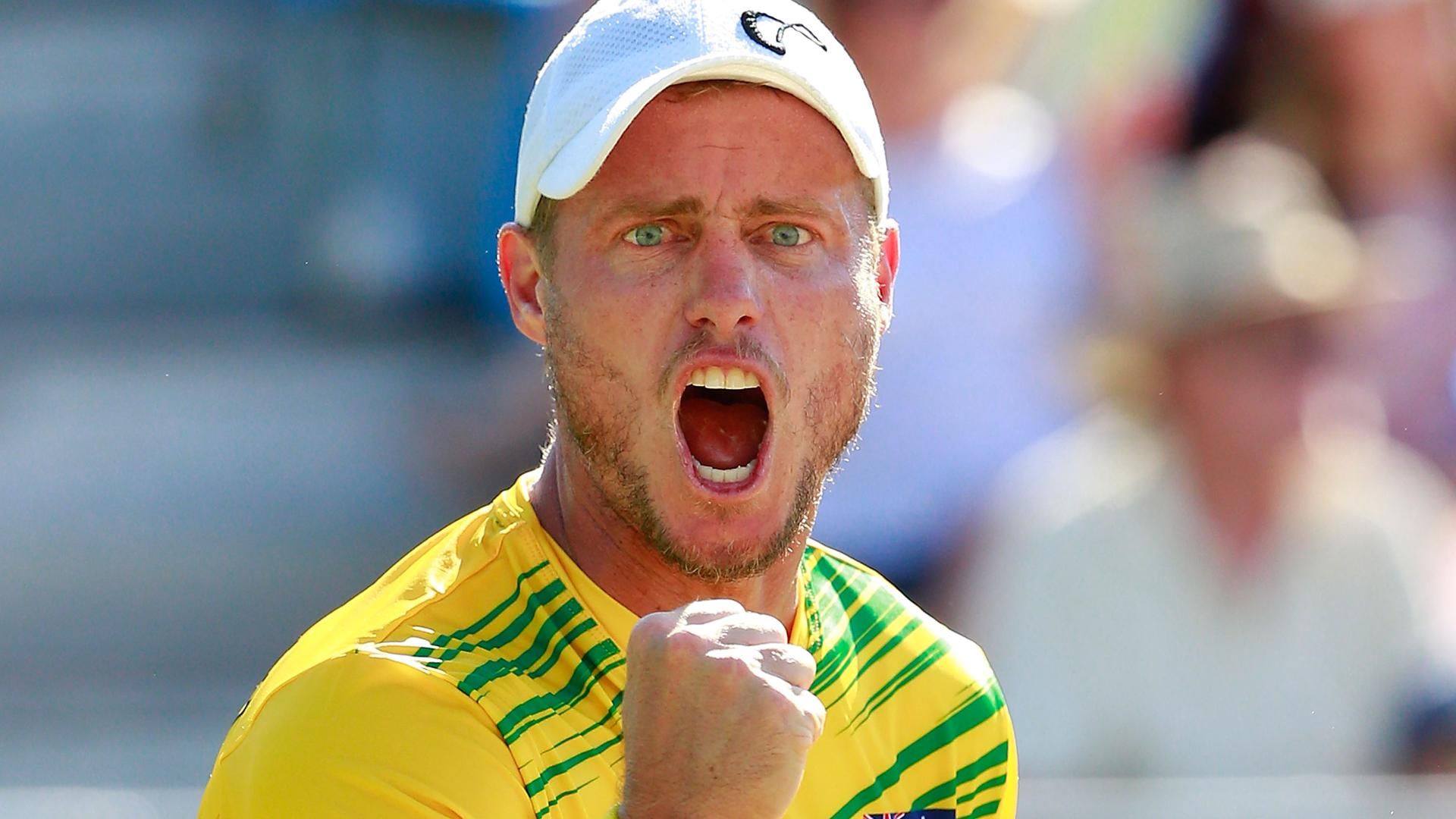