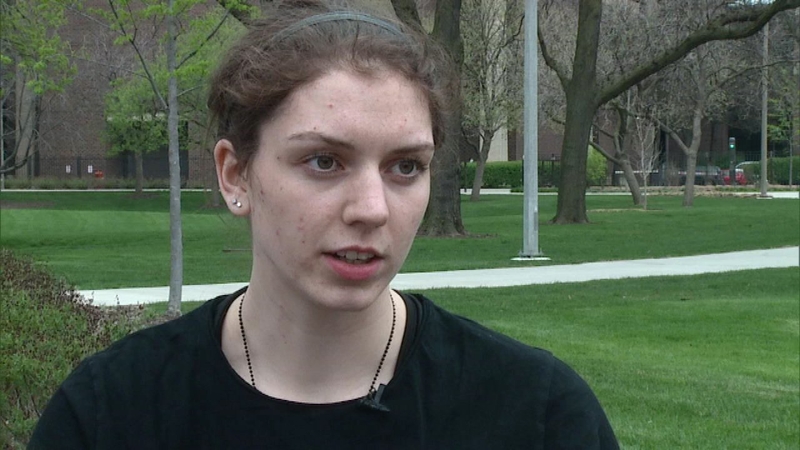 CHICAGO (WLS) -- One of the players on the Loyola women's basketball team who is accusing Coach Sheryl Swoopes of mistreatment is speaking exclusively with ABC News.

Hostile, stressful and uncomfortable are just some of the ways Cate Soane describes the environment under Swoopes' program at Loyola. It caused a mass exodus of players and forced the university to launch an investigation.

"It wasn't about working hard and having fun anymore, it was about surviving," Soane said.

For the first time, a player under Sheryl Swoopes at Loyola University is speaking out. Soane says playing for the WNBA star was hell.

"It was the environment she created. I was belittled, humiliated, made to feel really small," Soane said.

Swoopes recently came under fire after 10 of her 12 returning players left the team. Some say she mocked their injuries, while others say she dangled their scholarships over their heads as blackmail.

They are shocking allegations against one of the most beloved basketball players of all time.

Swoopes was the first player to sign with the WNBA. She has three Olympic gold medals and just two weeks ago was elected into the Basketball Hall of Fame alongside Shaquille O'Neal and Allen Iverson.

"Sheryl Swoopes is an amazing player, her record proves that. But just because you're a great player, doesn't make you a great coach," Soane said.

Loyola says Swoopes is aware of the allegations and cooperating with the investigation.

Soane said she's transferred to UIC and says her life has drastically improved.

You can see more of the exclusive interview on Good Morning America Thursday after ABC7 Eyewitness News This Morning.