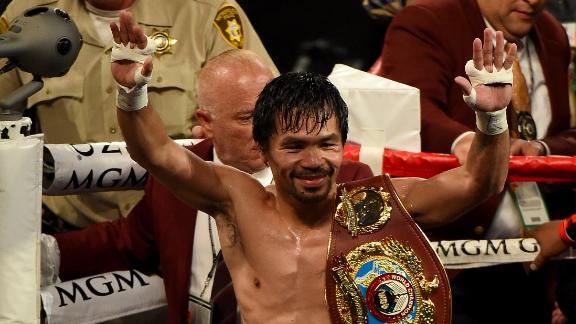 LAS VEGAS -- Count promoter Bob Arum among the legions of boxing followers who believe Manny Pacquiao's retirement from boxing is likely to be more of a trial separation.

"He's torn," said Arum, who promoted Pacquiao's decision victory over Timothy Bradley Jr. on Saturday night at the MGM Grand Garden and has the rights to any Pacquiao fights through 2017. "His wife wants him to retire. He's running for office, and if he wins, which he will, there will be tremendous responsibilities that go with it."

"However," Arum added, "a big payday is something he might require in the near future."

Pacquiao, who earned a reported $160 million for his bout with Floyd Mayweather Jr. in May, will reportedly receive $20 million for the Bradley fight. Pacquiao's fightshave generated more than $1 billion in pay-per-view revenue in the United States.

The generosity of Pacquiao -- who grew up penniless in the streets of Manila -- toward his countrymen is legendary, and his advisers have tried to convince him that he cannot support an entire nation on his own.

"People care about this kid," Arum said. "And Manny politely listens to everybody and then does what he wants. He has no advice that he will accept."

After Saturday's fight, Pacquiao reiterated his intention to retire, but with a noticeable lack of conviction.

"I made a commitment to my family that after this fight I would spend more time with them," Pacquiao said. "My focus is going to be to help the people of the Philippines."

When it was pointed out to Pacquiao that it seemed as if his family wanted him to retire more than he wanted to retire, the fighter laughed.

"You're good, huh?" he said to the questioner. "In my heart I'm 50-50. But I love my family, and I won't hurt my family, my kids. I don't know, I might enjoy my retired life or I might want to come back. It's hard to say because I'm not there yet. But right now, my decision is to retire."

Pacquiao sidestepped whether a return to the ring by Mayweather, who retired after beating Andre Berto in September, would affect his decision. Mayweather was an interested spectator at Saturday's fight and afterward visited Bradley to offer words of encouragement. It is unknown whether Mayweather and Pacquiao interacted.

On Sunday, as he was leaving the MGM Grand Garden, Pacquiao shared a farewell moment with a boxing publicist who has worked on many of his fights.

The publicist draped an arm over Pacquiao's shoulder and said, "This is probably the last time I'll ever see you like this."

Pacquiao hung his head in what appeared to be somber reflection. Then he looked up and, with a wide grin, replied, "Oh, you probably will!" 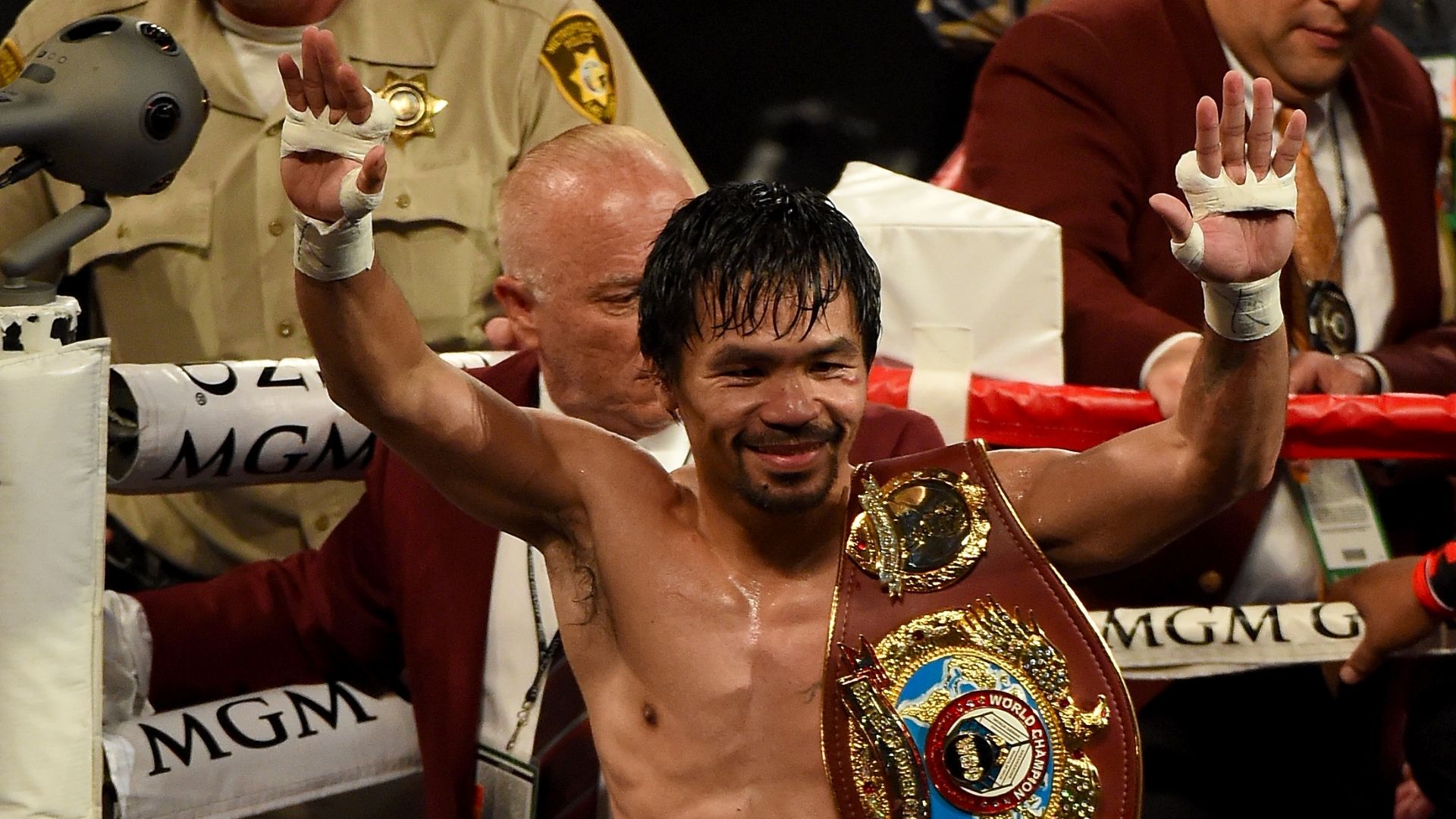 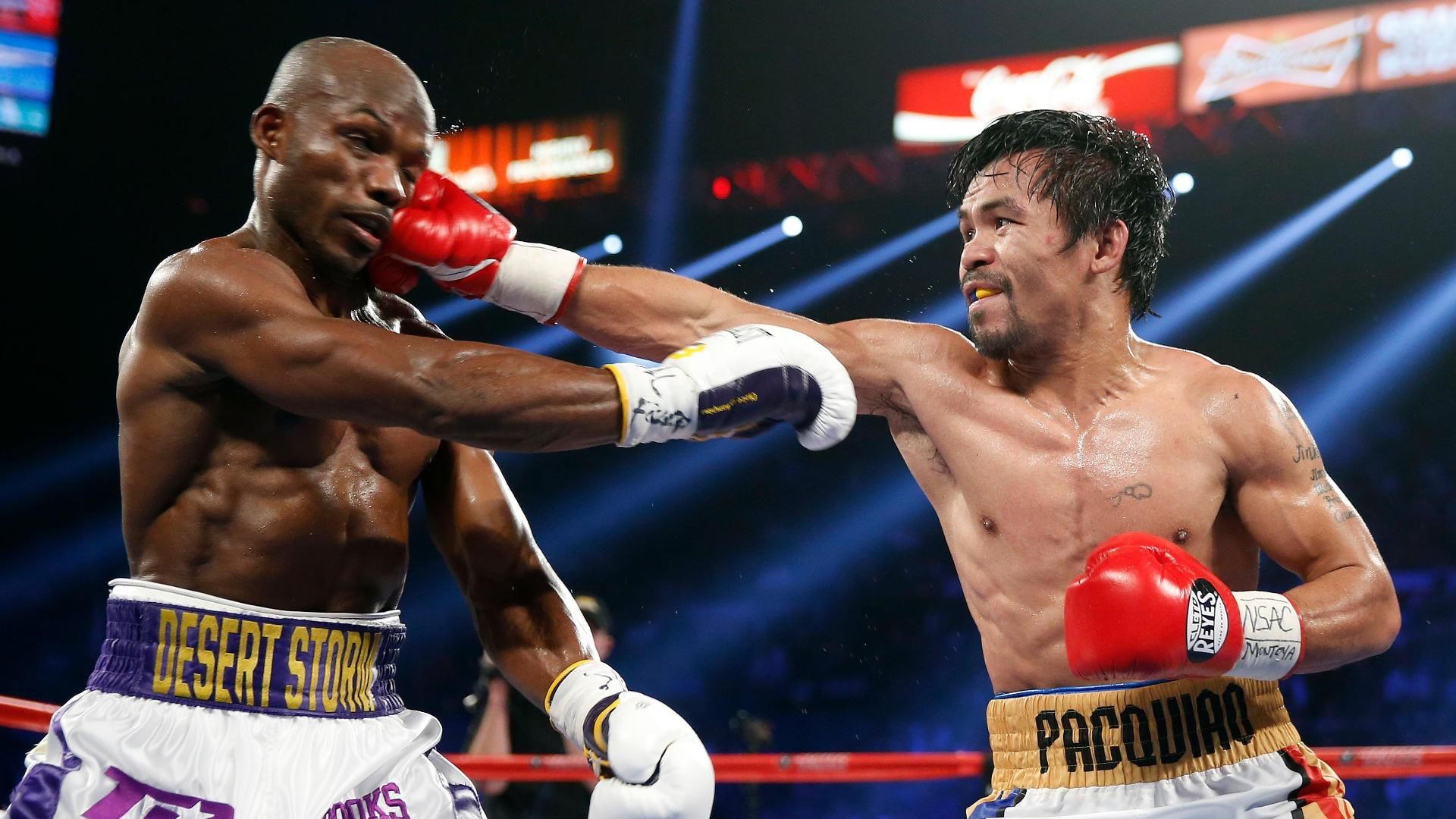