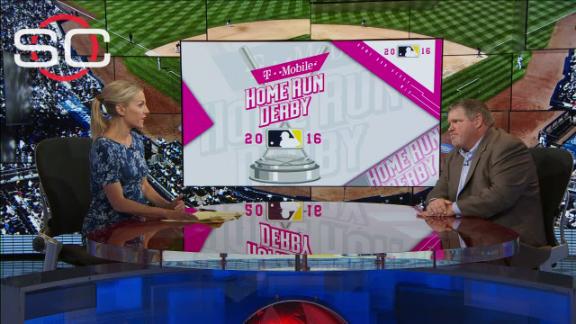 The derby, which will take place Monday at San Diego's Petco Park, will follow the bracket format that began at last year's event.Matchups were seeded based on home run totals through Wednesday's games.

Trumbo, the Orioles' right fielder, leads the majors with 26 home runs and will be the derby's No. 1 seed. He will take on No. 8 seed Corey Seager, who has 17 homers withthe Los Angeles Dodgersin his rookie season.

Frazier, the White Sox'sthird baseman, is the No. 2 seed this year and is second in the American League with 23 home runs. He will take on No. 7 seed Carlos Gonzalez, who has 18 homers this season with the Colorado Rockies.

In the other matchups, No. 4 seed Robinson Cano of the Seattle Mariners (20 homers) is paired with No. 5 seed Giancarlo Stanton of the Miami Marlins (19 homers), and No. 3 seed Adam Duvall of the Cincinnati Reds (22 homers) matches up with No. 6 seed Wil Myers of the hostSan Diego Padres (19 homers).

The All-Star Game will be played Tuesday.