Matt Forte to retire a Bear after signing one-day contract 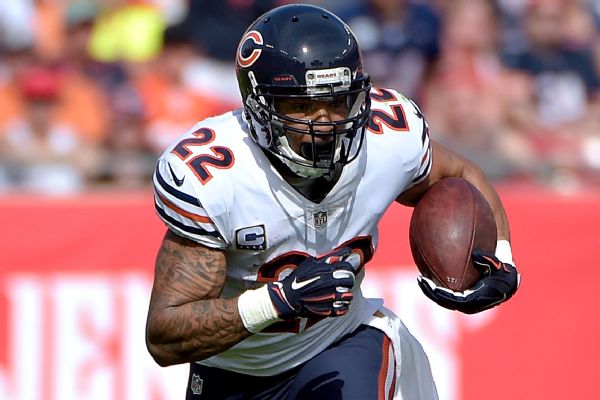 CHICAGO -- Matt Forte plans to retire as a member of the Chicago Bears.

The two-time Pro Bowl running back told NBC Sports Chicago on Monday that he will sign a one-day contract so he can officially go out as a Bear. Forte announced last week he is calling it a career after 10 seasons.

A second-round draft pick out of Tulane in 2008, Forte spent his first eight seasons with Chicago and his last two with the New York Jets.

Forte's 9,796 yards rushing rank 33rd on the NFL's career list. He also had 554 receptions, including setting the league record for running backs with 102 catches in 2014. His 14,468 yards from scrimmage were the most in the NFL over the past decade.
Report a correction or typo
Related topics:
sportsespnnflchicago bearsmatt forte
Copyright © 2020 ESPN Internet Ventures. All rights reserved.
More Videos
From CNN Newsource affiliates
TOP STORIES