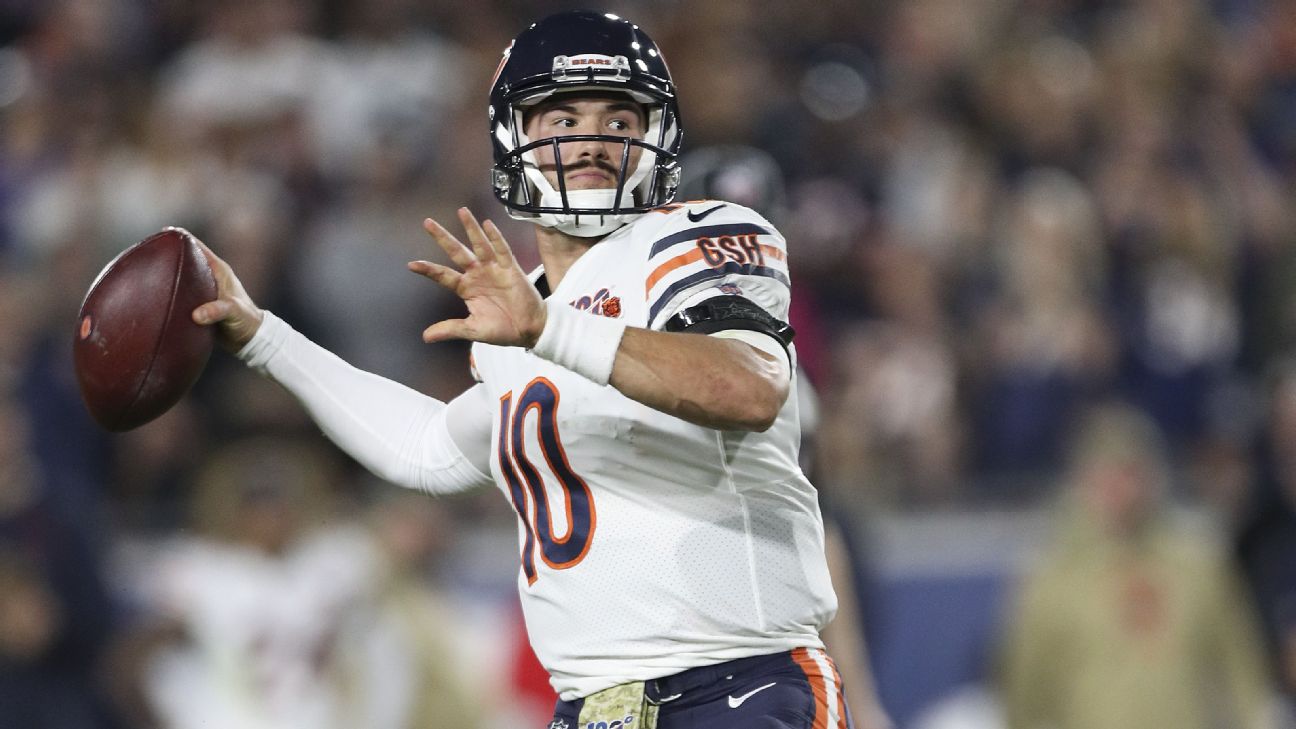 ESPN
Chicago Bears coach Matt Nagy said Monday that quarterback Mitchell Trubisky has a right hip pointer injury and that the decision to remove him from Sunday night's game had "zero to do with his play."

The coach said Trubisky suffered the injury on a sack at the end of the second quarter of Sunday's 17-7 loss to the Rams.

Nagy on Monday credited Trubisky for his toughness and said the quarterback wanted to stay in the game -- but he added that with Trubisky, sometimes he has "to protect him from himself." Nagy told reporters that he was aware of his quarterback's injury at halftime and that it didn't become a concern until the hip started to tighten up in the fourth quarter.

Nagy was seen huddling with Trubisky on the sideline when he was removed from the game. The coach was asked Monday what he said to his quarterback.

"I wanted him to know, coming from me, that he needs to be brutally honest with me in regards to his pain and where he's at," Nagy said. "I sat there and I told him, 'Listen, man we appreciate your toughness, we appreciate you being as tough as you can possibly can be and wanting to stay in the game, but I need to be able to make a decision.'"

Nagy said he is aware of the skepticism surrounding Trubisky's injury and the decision to remove him from the game, but he told reporters that the call was made solely because of the injury.

"It was completely based off his injury and where he was at," he said.

Trubisky finished the night 24-of-43 passing for 190 yards and one touchdown with one interception (65.1 passer rating) before Nagy went with veteran backup Chase Daniel on Chicago's final offensive drive.

As for Trubisky's status for this week, Nagy said, "We're working through that." The Bears host the New York Giants on Sunday.

Nagy said that Trubisky will remain the starting quarterback if he is healthy.

Trubisky -- the second overall pick of the 2017 NFL draft -- has passed for just 1,580 yards and nine touchdowns with four interceptions this season. 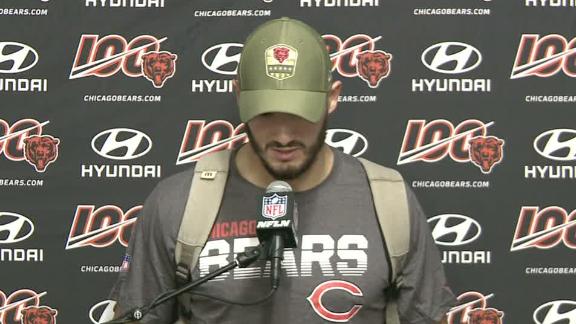 Trubisky on hip injury: 'I'm not doing the team any favors' by playing
Mitch Trubisky explains to reporters what happened with the apparent injury that caused him to exit in the fourth quarter. 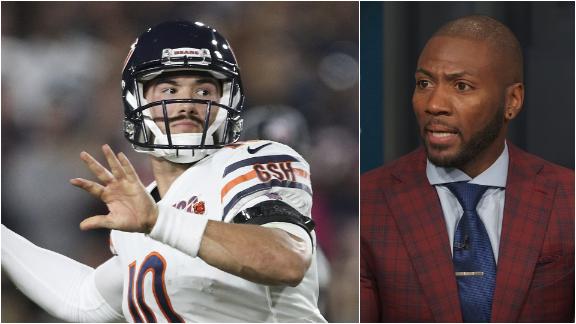 The Trubisky era isn't over in Chicago
Ryan Clark, Tim Hasselbeck and Chris Mortensen agree that despite Mitchell Trubisky's hip injury and poor play of late, the Bears will not give up on him as their quarterback.
Report a correction or typo
Related topics:
sportsespnnewsnflchicago bearsmitchell trubisky
Copyright © 2020 ESPN Internet Ventures. All rights reserved.
More Videos
From CNN Newsource affiliates
TOP STORIES