WLS
By John Garcia
CHICAGO (WLS) -- As Tampa Bay is trying to discourage Blackhawks fans from filling their stadium by outlawing Hawks jerseys and other measures - which experts suggest is not only probably illegal, but unenforceable - Mayor Rahm Emanuel is taking the opposite approach.

In a statement, Emanuel said: "I welcome Tampa fans - and hockey fans from around the country - to fly to Chicago and enjoy our world class hotels, restaurants, cultural attractions, and then go watch Stanley Cup hockey in Chicago. It doesn't get any better than that."

For fans hoping to go to the games at the United Center, a limited amount of tickets went on sale Tuesday. Ticket broker Steve Buzil says you can probably get tickets and airfare to a game in Tampa cheaper than a ticket in the United Center right now.

Ticket prices are likely to fluctuate as the series gets underway, but Buzil said he's still getting lots of calls from Hawks fans planning to go on the road.

"I think they're just trying to scare our fans from going down there," Buzil said. "We're Chicagoans. We're not scared of anything."

Tickets for Games 3 and 4 of the Stanley Cup Final went on sale Tuesday in Chicago. The games will be next Monday and Wednesday nights at the United Center. The series against the Lightning gets underway Wednesday night in Tampa.

Artist Ches Perry is painting a Blackhawks mural outside a Roscoe Village bar. He's already planning ahead for a couple weeks from now to make appropriate changes once the Hawks bring home the Stanley Cup to Chicago.

"We did one in 2013 when they won the cup in Portage Park, and it was a lot of fun, so I figured I might as well keep it going," Perry said. 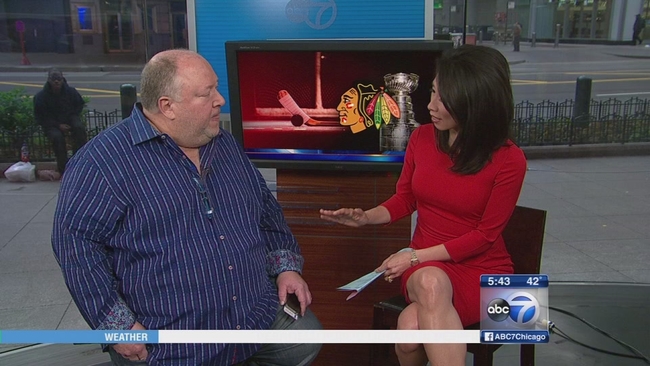 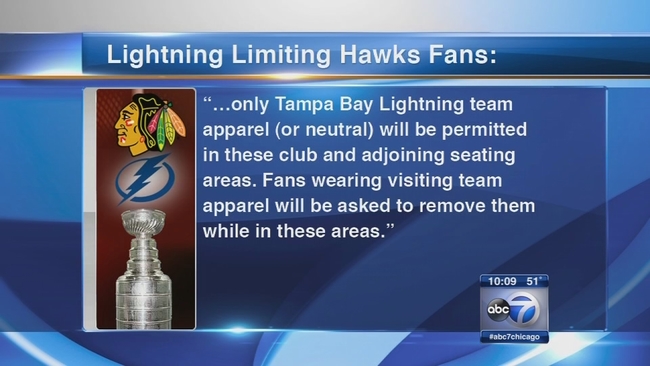