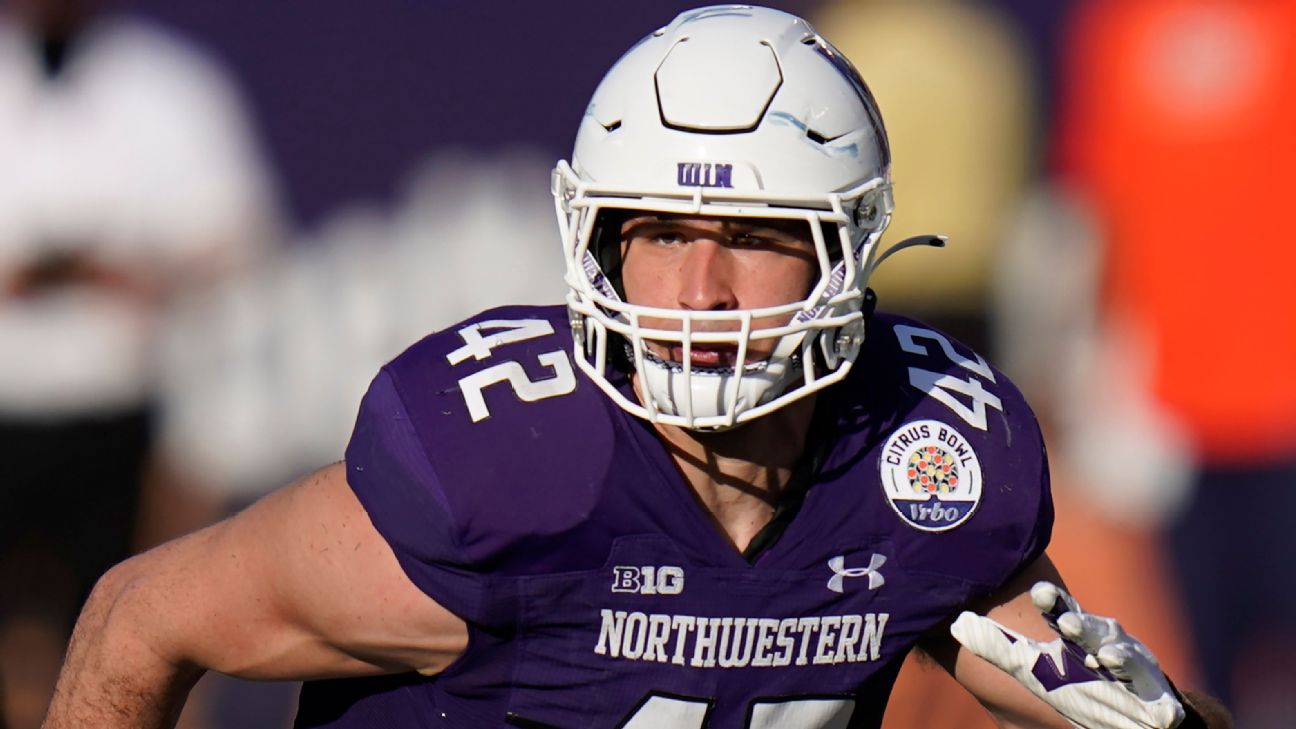 NEWPORT BEACH, Calif. -- Northwestern linebacker Paddy Fisher won the Lott IMPACT Trophy, which goes to college football's defensive player who has made the biggest impact on his team.

The announcement was made Sunday night at the Pacific Club. The award is usually given in December, but was delayed because of the coronavirus pandemic. IMPACT stands for integrity, maturity, performance, academics, community and tenacity.


Fisher had 86 tackles, 4.5 for loss, one interception, a forced fumble and a fumble recovery during the 2020 season. The senior from Katy, Texas, was also named Big Ten linebacker of the year. He finished his career with 404 tackles, most among active players.

Northwestern's general scholarship fund will receive $25,000. Fisher is the first winner from Northwestern since the award named for Hall of Famer Ronnie Lott began in 2004.