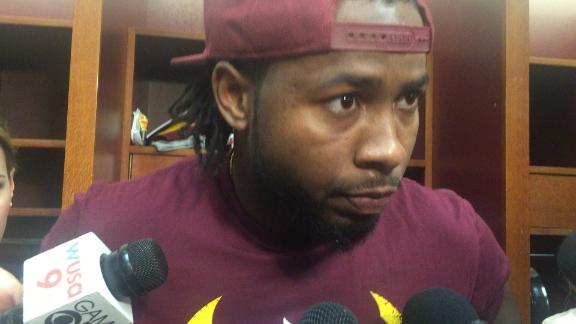 LANDOVER, Md. -- Washington Redskins corner Josh Norman already had reason to be upset after a 27-23 loss to the Dallas Cowboys.

But he added another reason to his list: a drug test following the game.

Norman opened his interview session with the media by complaining about a mandatory drug test that needed to be completed shortly thereafter.

Before turning to address the media, Norman stared into his locker, sighed several times and talked with a team employee twice. Norman then turned around to face the media, and before taking any questions, he let his feelings on the testing be known.

The NFL conducts random drug tests year-round, and every player will be tested at least once. Norman said this is the first time the NFL has conducted tests after the game.

The NFL's drug testing policy states that "specimen collections occurring at a club facility, stadium or scouting combine venue will be conducted at the discretion of the Medical Advisor and Collection Vendor without advance notice to the player."

Players have three hours to comply with the request, according to the policy.

Shortly after he was done with the interview, though, a still-upset Norman went to take the drug test. During the game, Norman caused one fumble and was switched to covering Dez Bryant in the fourth quarter -- one game after the Redskins were criticized for not having Norman shadow Pittsburgh's Antonio Brown.