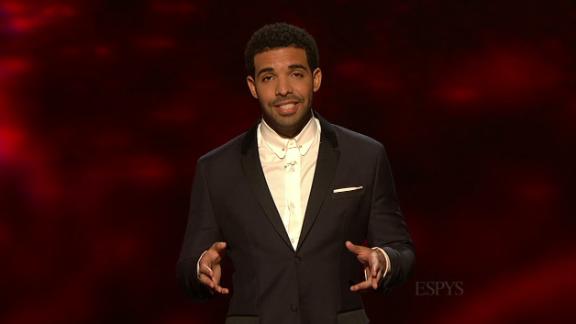 It ended with Sherman and the Seahawks claiming the ESPY for Best Team.

The Seahawks earned the franchise's first Super Bowl title, decisively beating the Denver Broncos 43-8 while fielding a league-best defense that gave up only 14.4 points and 273.6 yards per game, spearheaded by Sherman and the defensive backfield dubbed the "Legion of Boom."

"Just to be up here with all the other teams that were nominated is an honor," said Seahawks quarterback Russell Wilson. "Most of all, to all our fans, the 12th man, bringing back the title to Seattle was special. Go Hawks!"

ESPN's annual sports awards show, which celebrates the year's best athletes and moments in sports, was hosted by recording artist Drake, who took shots at some of the world's top athletes during his opening monologue, including Sherman, Johnny Manziel, and Lance Stephenson, who earlier Wednesday signed a free-agent deal with the Charlotte Hornets.

Kevin Durant took home a pair of ESPYS, including Best Male Athlete and Best NBA Player, ending LeBron James' two-year reign in both categories. The Thunder forward won his first MVP award after leading the NBA in scoring with 32 points per game while shooting 50 percent from the field. He also surpassed Michael Jordan's record for most consecutive games scoring at least 25 points with 41.

"Everybody helped me out along the way,'' Durant said. "My beautiful mom watching at home who couldn't be here. My favorite teammate,Russell Westbrook."

Manning won the ESPY for Best Record-Breaking Performance by setting records for most touchdown passes (55) and most passing yards (5,477) in a season in leading the Broncos to a 13-3 record and a berth in Super Bowl XLVIII. Manning, who won his fifth MVP award this past season, also won the ESPY for Best NFL Player.

Cabrera won Best MLB Player for the second year in a row after becoming the first player in 19 years to win back-to-back AL MVP awards while earning his third consecutive batting title with a career-best .348 average.

Mayweather, who cruised to a majority decision over Saul Alvarez to unify the light middleweight titles, then improved to a record of 46-0 with a decisive win over Marcos Maidana, won the ESPY for Best Fighter.

Mixed martial artist Ronda Rousey won the ESPY for Best Female Athlete for her continuing dominance of Ultimate Fighting. She extended her unbeaten record to 10 with a submission victory over Miesha Tate at UFC 168, a TKO against Sara McMann at UFC 170 and a 16-second knockout to put away No. 1 contender Alexis Davis at UFC 175 this past Saturday.

The ESPY for Best Play went to Auburn's Chris Davis, who returned a missed field goal attempt 109 yards to give the Tigers a 34-28 upset victory over rival Alabama in the Iron Bowl -- the ESPY winner for Best Game.

ESPN "SportsCenter" anchor Stuart Scott was honored with the Jimmy V Perseverance Award for his battle with cancer that was first diagnosed in November of 2007. The award is given in honor of late NC State basketball coach Jim Valvano, who inspired millions with his courageous battle against cancer in 1993.

Scott made note of Valvano's legendary speech from the first ESPYs and the motto: "Don't give up ... don't ever give up,"  of The V Foundation for Cancer Research.

"To be honored with this ... I know I have a responsibility to never give up," Scott said. "I'm not special -- I just listened to what the man said."

Scott ended his moving speech by telling his youngest daughter to join him on stage to give him a hug because he "needed one."

Several athletes took to Twitter after the Scott accepted the award, such as Green Bay Packers quarterback Aaron Rodgers.

- Aaron Rodgers (@AaronRodgers12) July 17, 2014Michael Sam of the St. Louis Rams, who in May became the first openly gay football player to be selected in the NFL draft, received the Arthur Ashe Courage Award.

"This year I had a lot of experience being part of something bigger than myself," said Sam, fighting back tears during his emotional speech. "At times, I felt like I'd been living in a massive storm, but the lessons learned -- love, respect and being true to yourself -- will never leave me."

Josh Sweeney, who scored the winning goal for the U.S. Paralympic sled hockey team that beat the Russians in the gold-medal game in Sochi, Russia earlier this year, won the inaugural Pat Tillman Award for Service. Tillman died in action in Afghanistan in 2004 after leaving the Arizona Cardinals to enlist in the U.S. Army.

Fan voting, conducted online, was based on performances spanning the past 12 months.

• Best Moment: The U.S. men's soccer team defeating Ghana 2-1 in it's opening game of the 2014 FIFA World Cup. After Ghana tied the game, 21-year-old defender John Brooks headed in a goal off a Graham Zusi corner kick in the 86th minute for the game-winning goal.

• Best Upset: Mercer, the 14th-seeded Bears toppled third-seeded Duke, 78-71, in the first round of the NCAA men's basketball tournament.

• Best Coach/Manager: Gregg Popovich, who led the Spurs to a league-best 62-20 regular-season record and their fifth NBA championship, earning his third coach of the year award.

• Best Championship Performance: Kawhi Leonard, who led the Spurs past Miami in the NBA Finals, averaging 17.8 points and 6.4 rebounds on 61 percent shooting. He exploded in the last three games of the series, scoring 71 points on 24-for-35 shooting.

• Best Comeback Athlete: Russell Westbrook, who missed two months because of a reinjured knee, then returned to the Thunder lineup to help Oklahoma City finish the season with a 59-23 record and the second seed in the Western Conference.

• Best NHL Player: Sidney Crosby, who led the NHL with 104 points on the season, including a league-high 68 assists, 17 points ahead of his closest competitor.

• Best Driver: Ryan Hunter-Reay, who became the first American to win the Indianapolis 500 since 2006.

• Best International Athlete: Cristiano Ronaldo, the star forward for Portugal and Real Madrid who scored 66 goals in 56 games on his way to winning FIFA's Ballon d'Or Award as World Player of the Year.

• Best Male College Athlete: Doug McDermott, winner of the Wooden, U.S. Basketball Writers Association and AP Player of the Year awards who led the country in scoring, averaging 26.7 points per game on 52.6 percent shooting from the field.

• Best Female College Athlete: Breanna Stewart, the Naismith Trophy winner and AP National Player of the Year who averaged 19.4 points, 8.1 rebounds and 3.1 assists to lead UConn to a perfect 40-0 record and NCAA title.

• Best Male Tennis Player: Rafael Nadal, who racked up a total of 10 ATP tournament wins, including both the French and US Opens, ending the year with the No. 1 ranking.

• Best Female Tennis Player: Maria Sharapova, who won the 2014 French Open crown. It was her third consecutive French final and her second title.

• Best WNBA Player: Maya Moore, who led the Minnesota Lynx to the WNBA championship by averaging 20 points, 6 rebounds and 2.3 assists in the Finals.

• Best Male U.S. Olympian: Sage Kotsenburg, the snowboarder who threw down a fearless and unmatched first run in the slopestyle final to win the gold medal and become the first Olympic champion of the Sochi Games.

• Best Bowler: Pete Weber, who won the Barbasol PBA Tournament of Champions to become the first bowler to complete the PBA Triple Crown for a second time.

• Best Jockey: Victor Espinoza, who rode California Chrome to victory in both the 2014 Kentucky Derby and Preakness Stakes.

• Best Male Athlete with Disability: Declan Farmer, the 16-year-old who helped the U.S. defeat Russia for the sled hockey gold medal at the 2014 Winter Paralympics. 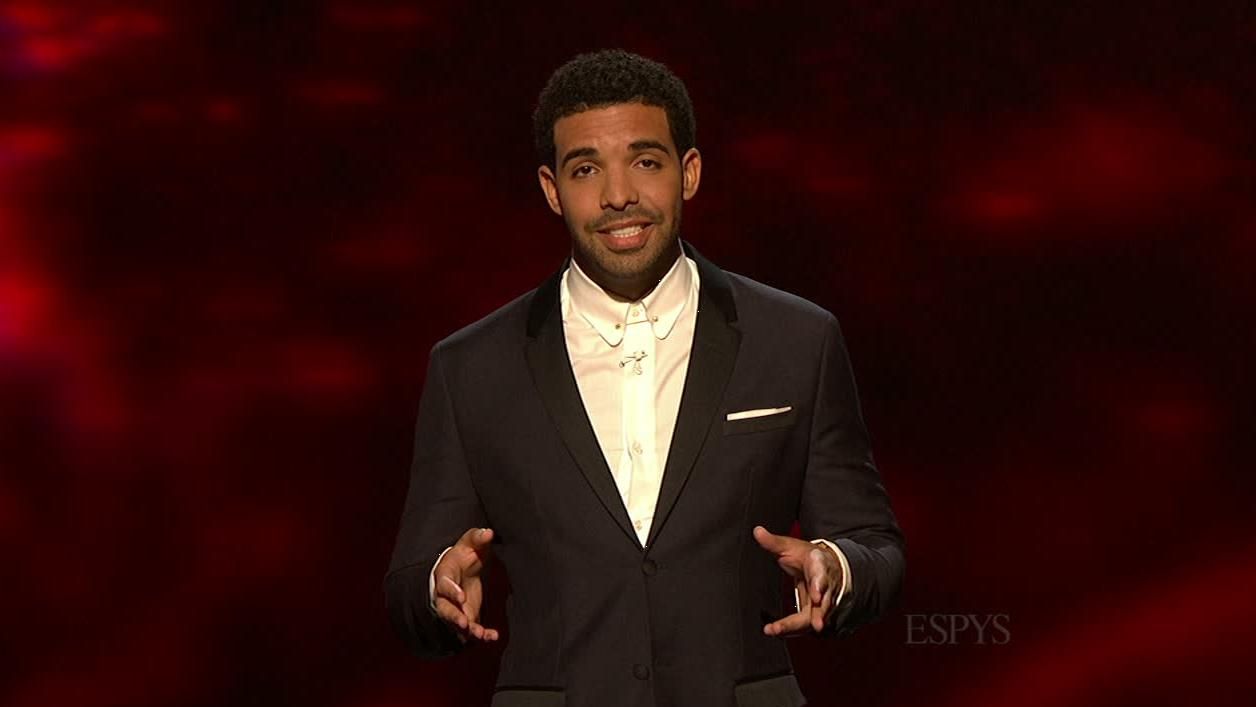