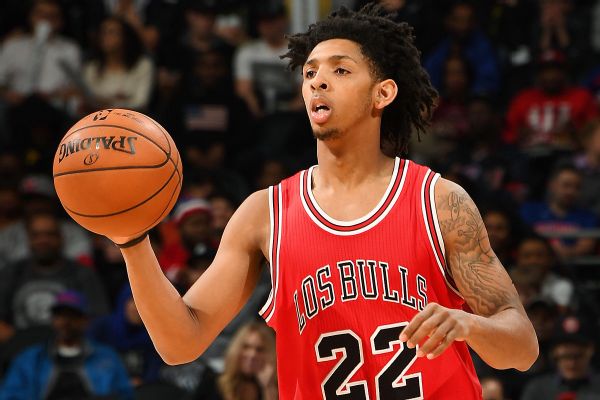 CHICAGO -- Bulls guard Cameron Payne will undergo surgery for a fractured right foot and, according to a league source, is expected to miss at least a couple months.

The Bulls issued a statement Thursday saying Payne fractured the fifth metatarsal of his right foot during a workout on July 18. He spent six weeks in a boot, but the team said the fracture hadn't healed properly and will require surgery, which will take place Wednesday.

This is not the first time Payne has dealt with right foot issues. He suffered an acute fracture in his right foot last September and had surgery in July 2016 to fix a Jones fracture in the same foot.

Payne, 23, was acquired by the Bulls, along with Anthony Morrow and Joffrey Lauvergne, in a February deadline deal that sent Taj Gibson, Doug McDermott and a future second-round pick to the Oklahoma City Thunder.

At the time of the deal, Payne sounded confident that his foot issues were behind him, but now he must overcome another setback.