Sportsbooks taking heavy action on Irish for matchup vs. Clemson 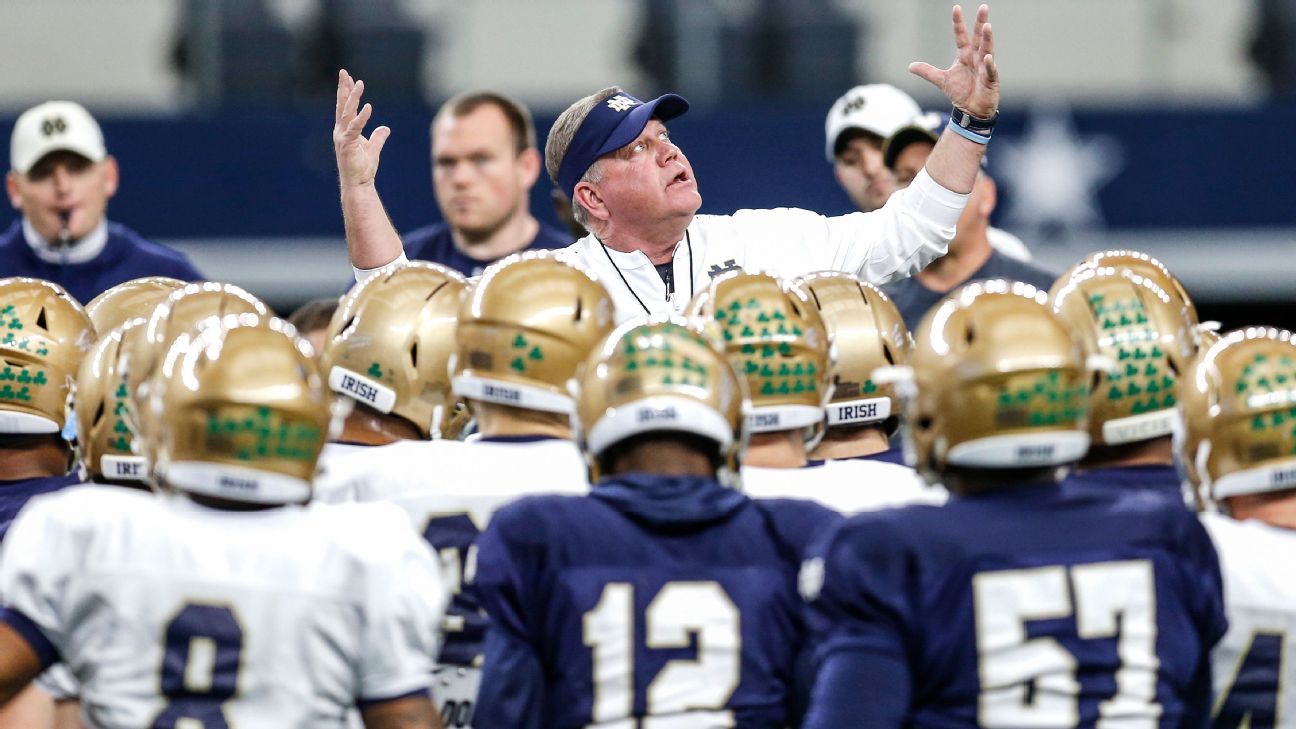 The betting public has fallen in love with Notre Dame.

The Fighting Irish -- 12.5-point underdogs to Clemsonin the College Football Playoff semifinal at the Goodyear Cotton Bowl Classic (4 p.m. ET Saturday, ESPN) -- have attracted the vast majority of the money wagered at sportsbooks across the nation. Bettors are backing the Fighting Irish not only to cover the spread but also to pull the outright upset over the heavily favored Tigers.

At William Hill sportsbooks in Nevada, New Jersey and West Virginia, 84 percent of the money wagered on the Cotton Bowl money line -- the odds on the straight-up winner -- has been on the Fighting Irish, including a $10,000 money-line bet on Notre Dame placed Dec. 23 in New Jersey at +360 odds. The Westgate Las VegasSuperBook also reported taking a $10,000 money-line bet on Notre Dame on Dec. 17 at +400. And in November, a bettor at Oceans Resort in Atlantic City, New Jersey, put $100,000 on the Fighting Irish to win the national championship at 7-1 odds.

Clemson opened as low as an 11-point favorite. The line grew to as high as -13, before ticking down Thursday after it was made official that Clemson star defensive lineman Dexter Lawrence would be among three Tigers suspended for Saturday's semifinal due to a positive drug test.

While the Cotton Bowl line has fluctuated, the point spread on the Orange Bowl between Alabama and Oklahoma (8 p.m. ET Saturday, ESPN) hasn't budged. The Crimson Tide opened as 14-point favorites and remained 14-point favorites heading into Saturday. Alabama was around a -600 money-line favorite to knock off the Sooners straight up and advance to its fourth straight national championship game.

Oklahoma has not been more than a 14-point underdog since the 2014 Sugar Bowl, when the Sooners upset Alabama 45-31 as 17-point underdogs.

"To start, [bettors] were pecking away at Oklahoma, but as of late, we've gotten big action on Alabama," Doug Castaneda, executive director of Wynn race and sports, said Friday afternoon. "Whatever we accumulated on Oklahoma just got eradicated with one or two Alabama money-line wagers in the last couple days."

The SugarHouse sportsbook in Pennsylvania reported the "vast majority" of bets and money were on the underdogs, Notre Dame and Oklahoma.

The bulk of betting action on the semifinals will be placed Saturday, as a long holiday weekend kicks off, so things could change.