Spurs' Tim Duncan, Manu Ginobili say no decision yet on whether to return 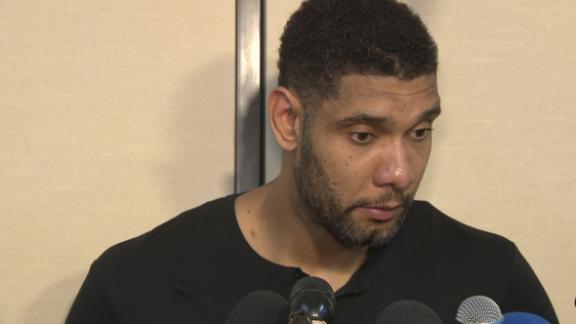 OKLAHOMA CITY -- The San Antonio Spurs met the end to their season in Game 6 of the Western Conference semifinals Thursday, and questions regarding the futures of veterans Tim Duncan and Manu Ginobili began just minutes later.

Leaning back against a white, cinder-block wall and wearing a black shirt after the Spurs' 113-99 loss to the Oklahoma City Thunder, Duncan left questions about his future plans unanswered, saying, "I'll get to that after I get out of here and figure out life. That's it."

Ginobili, meanwhile, said he plans to "take my time as always" in deciding whether to return to the Spurs for another season.

"Of course, it's been an amazing run," said Ginobili, 38. "We all enjoy playing with each other. I'm so proud of having played with those guys for so many years and winning so many games, and even playing with the new guys. If there's a reason why you always want to come back and keep being part of this, [it's] because of the amazing chemistry, the good times and the good people that you play with and spend time with. It's not always about winning a game or winning a championship. But you learn from losses, and it's important to enjoy every day. Being a part of this team, I'm very proud of it, even if sometimes it doesn't go our way."

Does that make for a difficult decision about whether to return to the Spurs for a 15th season?

"Yes, of course," Ginobili said. "If I was miserable every day and I couldn't stand the guys next to me, it would be an easy decision. It could have happened two years ago. I really appreciate everybody: the team, front office, coaches, everything. So it makes it different."

Duncan and Ginobili both have player options for the 2016-17 season. The option total on Duncan's deal is $6.4 million, while Ginobili's option total sits at $2.9 million.

With Duncan, 40, having just completed his 19th season with the Spurs, only Kobe Bryant (20 seasons) has played more seasons with a single franchise.John Stocktonis the only other player to play 19 seasons with one team.

"Why do you say that?" Popovich asked. "Do you know something that I don't know? I just wanted to make that clear. Tim was playing really well. So we played him as much as we possibly could because he earned the minutes. He really did a good job."

Duncan and Ginobili combined to score 24 points Thursday night, with the bulk of that coming from the former; Duncan finished with 19 points on 7-of-14 shooting to go with five rebounds and one block. Duncan's points registered as the most by a 40-year-old in the playoffs since Karl Malone had 30 in 2004, according to ESPN Stats & Information research.

During the fourth quarter, Popovich asked Duncan whether he wanted to remain in the game.

"I always want to play," the forward said. "So he said to go for it. That was the end of it. So I stayed out there the whole time."

Duncan also received two assists from fellow 40-year-old Andre Miller. Those are the only two assists in NBA history in which both players were age 40 or older, according to Elias Sports Bureau research.

"[Duncan] played great," point guard Tony Parker said. "Pop went to him a lot, and he was aggressive. He was not thinking, just a big game."

Duncan, Parker and Ginobili rank as the first set of three or more teammates to win four titles together since Magic Johnson, Kareem Abdul-Jabbar, Michael Cooper and Kurt Rambis.

Asked about the futures of Duncan and Ginobili, Parker said, "Every year, it's the same thing with us. TD, obviously, and Manu, it's the same question every year. They're either going to come back or not. We'll see."

Duncan on future: Have to figure life out
Tim Duncan addresses his future after the Spurs were eliminated by the Thunder and discusses what went wrong for San Antonio in Game 6.

Duncan's knees could be deciding factor for future
Brian Windhorst explains how the future of Tim Duncan could rest entirely on the health of his knees and whether he could be able to play another full season.
Related topics:
sportsespntim duncanmanu ginobiliretireretirementnbasan antonio spurs
Copyright © 2020 ESPN Internet Ventures. All rights reserved.
More Videos
From CNN Newsource affiliates
TOP STORIES 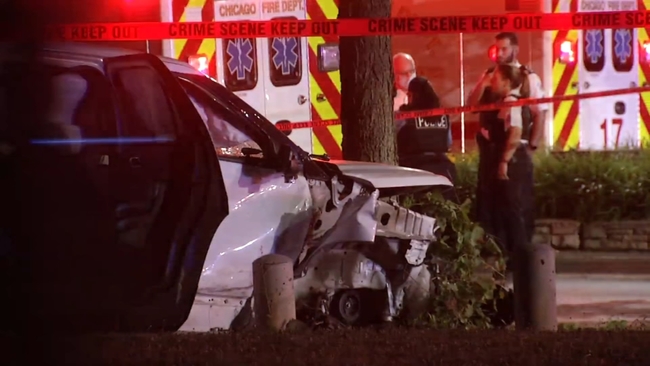