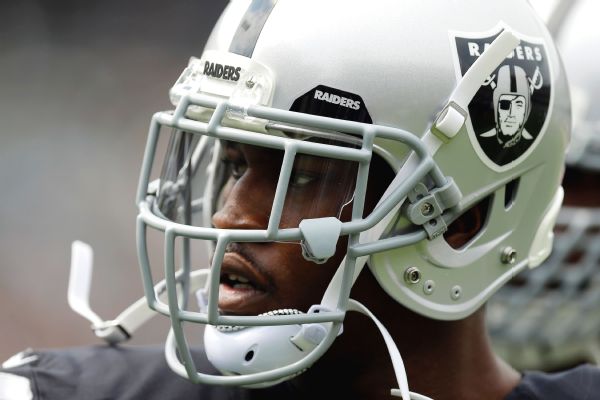 No decision on reinstatement will be made Friday, the source told ESPN. The NFL Network first reported that Smith was meeting with Goodell in New York.

Smith's suspension fell "under the collectively bargained substances of abuse policy," NFL spokesman Brian McCarthy said in an email last month. McCarthy said many steps have to be satisfied within 60 days of the player's application for reinstatement before it can be granted.

Per a report by Schefter, Smith spent 120 days at a rehabilitation facility in Carbondale, Colorado, after a Periscope video was posted -- on an account purportedly belonging to Smith -- of an unidentified man and woman talking about a hand-rolled cigarette.

Smith has denied it was him in the video, which was posted over the summer. The NFL was going to investigate the video, according to ESPN's Ed Werder, since it may have violated the terms of Smith's suspension.

Smith has had issues before, going to rehab in 2013 and serving a nine-game suspension in 2014 for violating the league's personal conduct and substance abuse policies while with the San Francisco 49ers. The Niners cut him in training camp in 2015 after his fifth arrest since entering the league in 2011. He signed with the Raiders in September 2015 before being suspended that November.

Although he was under suspension, and not allowed to have formal contact with the team as part of the suspension, the Raiders re-signed him to a two-year contract in April following his 3.5 sacks in nine games for Oakland.
Related topics:
sportsespnsubstance abuseroger goodellcbareinstatementnfloakland raiderssuspensionaldon smith
Copyright © 2022 ESPN Internet Ventures. All rights reserved.
TOP STORIES
Death toll rises to 21, mostly children, in TX school shooting
Uvalde school shooting: What we know about 19 kids, teacher killed
Republican candidates for Illinois governor face off in 2 forums
Father of Texas yoga instructor accused in cyclist's murder speaks out
Chicago expected to move to 'high' COVID level by Friday, Arwady says
Gary teen killed in shooting identified by family
Chicago Weather: Showers and storms Wednesday
Show More
Woman shot near CTA Red Line stop on South Side
Biden says 'we have to act' after Texas school shooting
1 killed in 10-vehicle crash on I-294 in Glenview
Long COVID symptoms mainly affect women in their 40s, study finds
Watch Steve Kerr's raw, emotional plea after Texas shooting
More TOP STORIES News