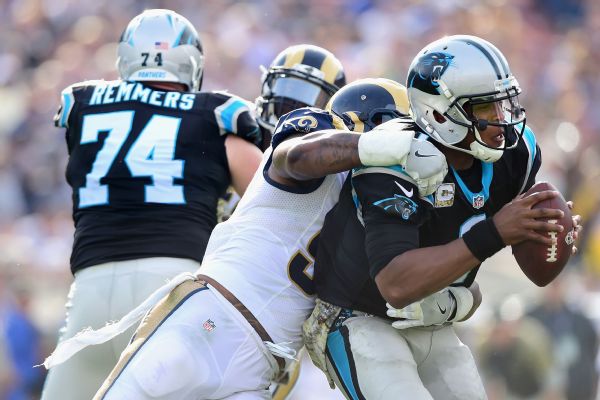 The NFL's preliminary review of two questionable hits by Los Angeles Rams defenders on Carolina Panthers quarterback Cam Newton have determined that neither was clearly a violation of league rules, according to a league source.

The hit by Mark Barron appeared closer to a foul than another delivered by defensive tackle Aaron Donald. Both plays involved Newton being hit in the helmet.

Panthers head coach Ron Rivera had submitted one of the plays for review of NFL VP of officiating Dean Blandino for review. He would not say which he contested.