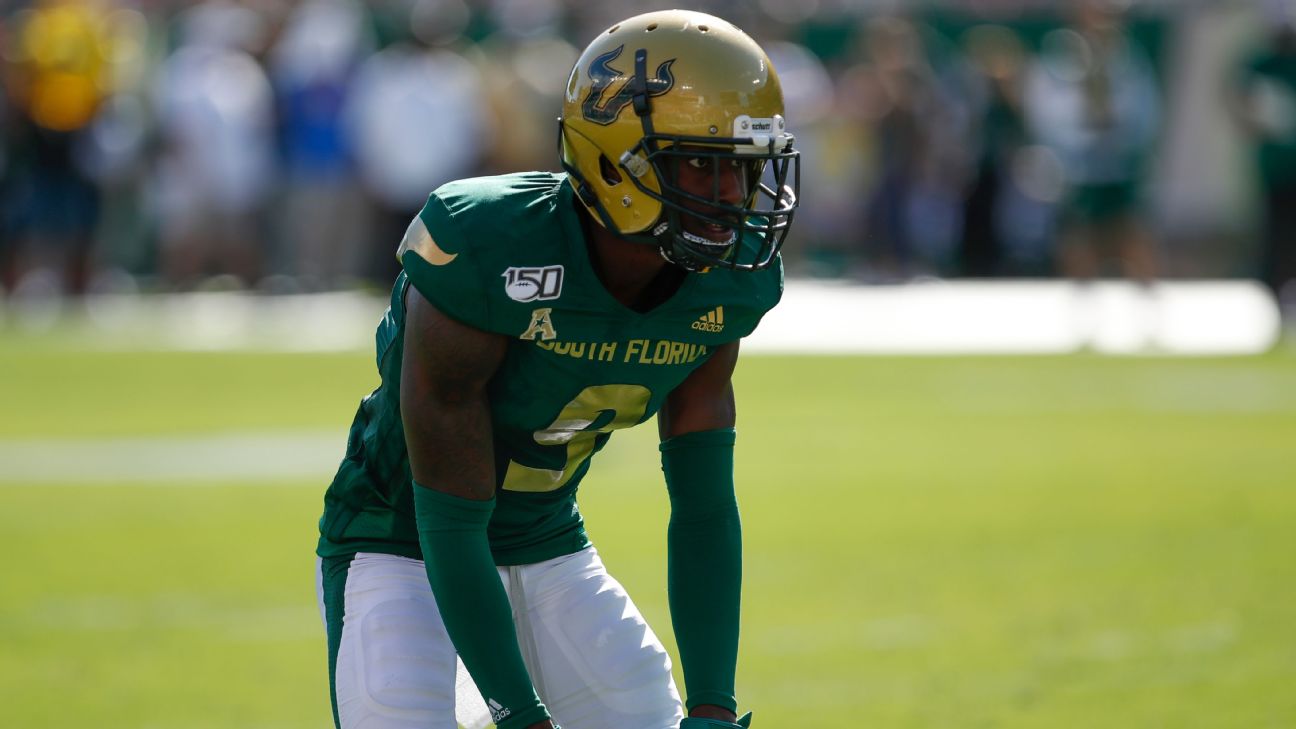 A day after Notre Dame postponed its upcoming game against Wake Forest, its previous opponent, South Florida, postponed its game Saturday against Florida Atlantic because of concerns about possible coronavirus spread among players.

"This is not a surprise," USF coach Jeff Scott said Thursday. "We knew what we signed up for this year trying to play with all the requirements of COVID. Ultimately, the news that our medical staff received from Notre Dame ... is what led to this decision and the postponement."


USF would not disclose the exact numbers from Wednesday's testing, but a spokesperson said there was a "very low" number of positives, and there was no way to know if they were the result of the Notre Dame game.

The school said tests done Friday, before the 52-0 loss to Notre Dame, and Monday's postgame testing resulted in no positive cases.

"With the health and safety of our student-athletes and staff as well as mitigating the spread of the virus our primary concern, given the outbreak among team members of our most recent opponent and subsequent contact tracing within our team, postponement of this Saturday's game at FAU is the right thing to do," USF vice president of athletics Michael Kelly said in a statement.

Scott said two position groups for USF are significantly impacted, andsome players will be tested today and the whole team will have more tests Friday.

A USF spokesperson said the school made the decision to postpone for several reasons.

First, the school had to sit players as a result of contact tracing after the Notre Dame game. Although the CDC defines the need for contact tracing as an infected person being within six feet of someone for more than 15 minutes, there is a different application during games. USF received a list of players who tested positive from Notre Dame, then went back and watched the game tape to identify any player who came into contact with an infected individual. The school then had to evaluate face-to-face contact, how those players were engaged, how long they were engaged and how many times they came into contact before determining whether it was substantial enough to go forward with the contact tracing protocols.


Secondly, USF doctors are worried about the long incubation time for the coronavirus and fear that positive cases might show up in the next round of testing on Friday or possibly next week. Out of an abundance of caution and to avoid any possible spread to their team or their opponent, USF made the decision to halt football activities and postpone the game.

"I wouldn't put blame on Notre Dame for what we're going through right now," Scott said. "It's a cumulative effect."

FAU has yet to play a game this season because of virus-related scheduling difficulties.

Notre Dame postponed its game against Wake Forest, scheduled for Saturday, because of an outbreak of COVID-19 on the team. Seven Irish players tested positive. Combined with testing results from the previous week, 13 players are currently in isolation, with 10 in quarantine. That game has been rescheduled for Dec. 12.

"We knew COVID would present challenges throughout the season, and we'll always put student-athlete health and safety at the forefront of our decision making," Irish coach Brian Kelly said in a statement Tuesday. "We look forward to resuming team activities and getting back on the playing field." 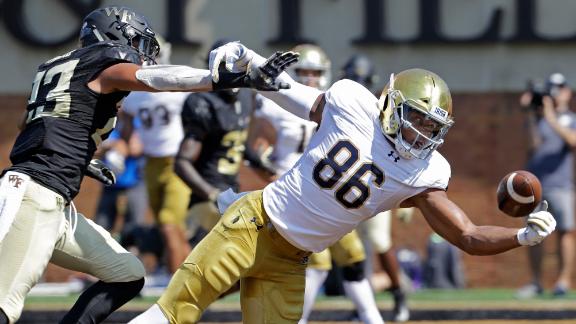