ESPN
By SN Staff
It didn't take long for action to heat up during the first official day of NFL free agency Thursday, and the noise was loudest when it came to quarterbacks.

ESPN's Adam Schefter reported that the Houston Texans agreed to trade Brock Osweiler and a 2018 second-round draft pick to the Cleveland Browns, who will absorb all of Osweiler's guaranteed salary but are already fielding inquiries about him from teams around the league. The two teams will also exchange draft picks in what essentially equates to Cleveland buying a second-round pick for $16 million (Osweiler's salary).

The Browns are expected to trade or release Osweiler before the 2017 season.

It remains to be seen which team will take a chance on Osweiler following his disappointing 2016 campaign in Houston. The virtual free agent joins Jay Cutleron the market.Cutler was released by the Chicago Bears on Thursday, ending his eight-year tenure with the organization.

Chicago agreed to a three-year, $45 million deal with QB Mike Glennon to replace Cutler, who will turn 34 next month and was limited to just five games last year because of injuries.

ESPN's Rich Cimini reported that the New York Jets, another team in QB limbo, have already placed a call to Cutler's representatives.

Another signal-caller who will be wearing a different jersey next season is Tony Romo. ESPN's Chris Mortensen reported that the Dallas Cowboys are expected to trade the 36-year-old, who was supplanted by rookie Dak Prescott last season while sidelined with a back injury.

The Denver Broncos and the Texans are the most likely destinations for Romo, according to Mortensen.

For more on the latest signings and reaction from 2017 NFL free agency, visit our live tracker. 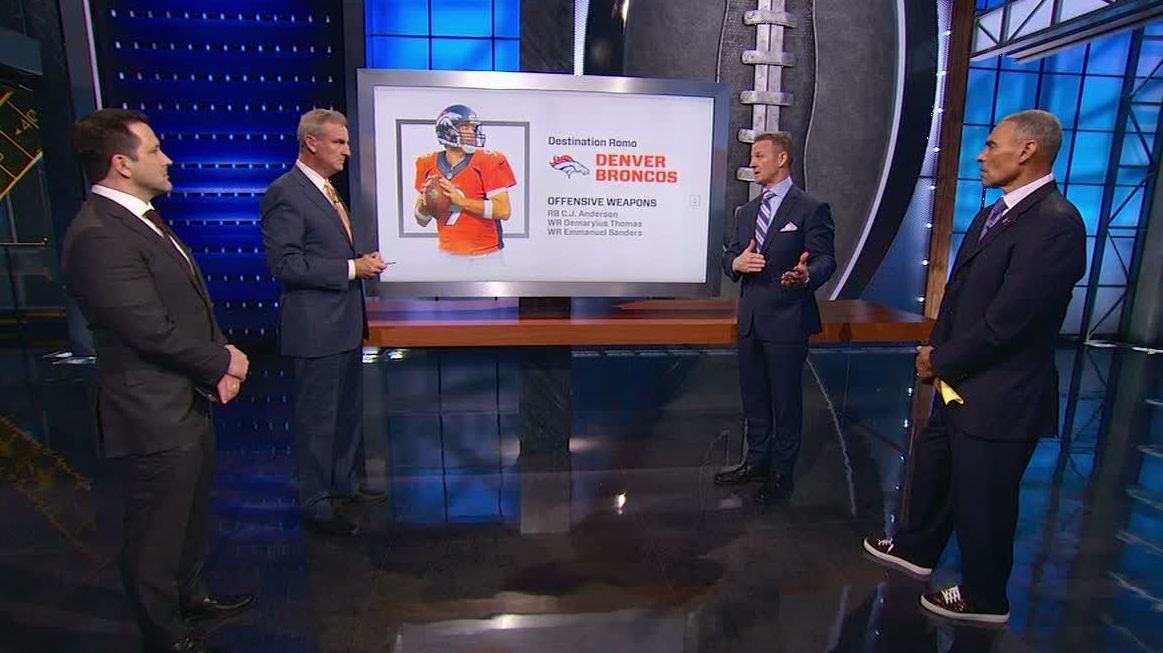