What to make of Cubs' weird and wacky start 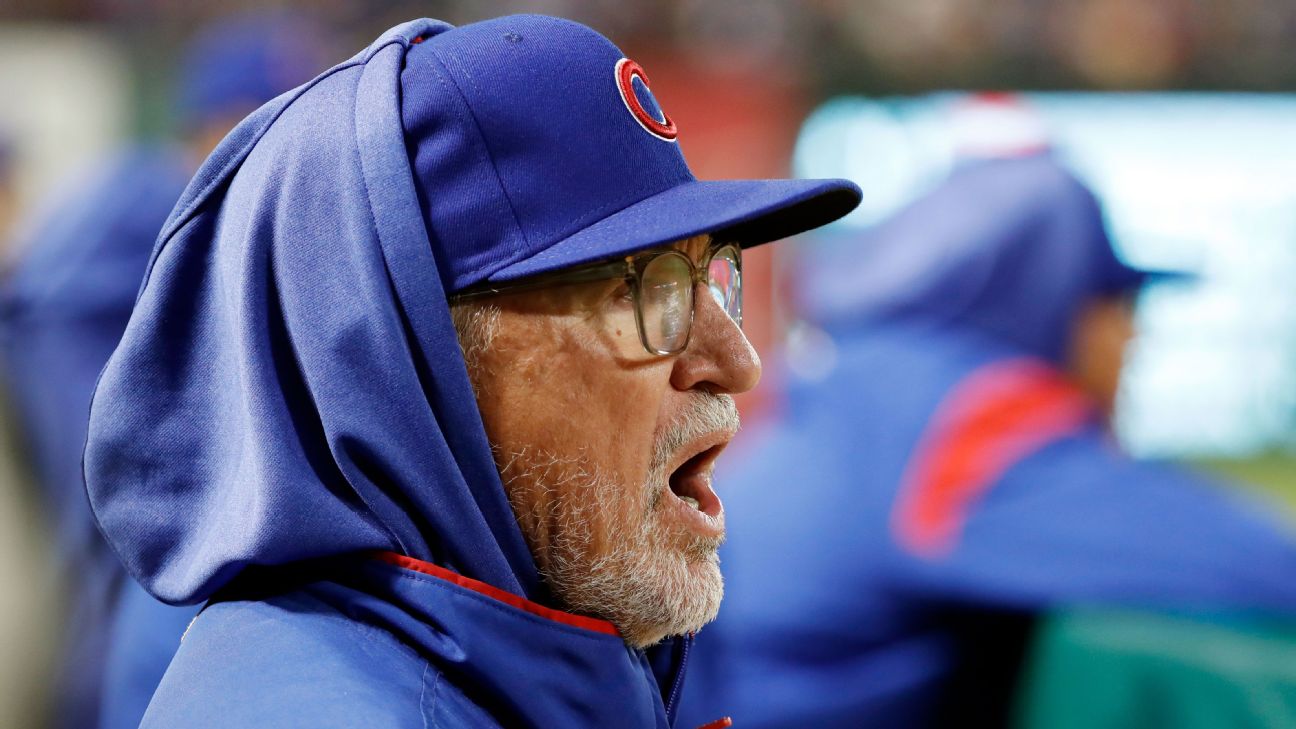 ATLANTA -- So what can we make of the Chicago Cubs' 1-3 start? They won their season opener against the Texas Rangers on Thursday but have since dropped three bad ones in a row. They take on the Atlanta Braves on Wednesday in the fifth game of a nine-game road trip to open the year. Let's take a look at what has stood out in a wacky first few days of 2019.

The whole weekend in Texas featured a high-powered offense that looked like night and day compared to the Cubs' offensive outage at the end of last season. This spring, there was a renewed commitment at the plate, and it immediately showed in the form of disciplined approaches in the box. The Cubs were ninth in accepting free passes in the second half of last season, but they're third in walks in the early going this year while having played one fewer game than the Dodgers, who are first. The Cubs scored 28 runs in their three games against the Rangers, and even though they were shut out on Monday in Atlanta, they had 14 baserunners.

Yu Darvish gives up a career-high seven walks in 2 innings.

No matter how anyone spins it, Darvish's first time on the mound since May was a dud. Sure, he struck out the first two batters, but after that, he completely lost command of his fastball for the rest of the outing. It happened during the spring as well, but this is when it matters, and Darvish came up short. The last thing anyone associated with the Cubs -- teammates, fans, front-office folks -- wants is another year of thinking, "It's always something with this guy."

Because of the Cubs' offense, Darvish left the game with a lead, but the bullpen blew it, as Carl Edwards Jr. gave up a three-run bomb to Joey Gallo in the bottom of the eighth. That was the theme of the weekend for the visitors.

on Darvish's return to Texas

The Cubs' bullpen gives up six runs in 3 innings.

If in a month or two the Cubs' bullpen is a real weakness on the team, fans will be able to say "I told you so" to the front office. It should be noted that the Cubs' pen was very good last season, but many don't trust a repeat, or they remember how it faded some down the stretch in 2018. It was only appropriate that the Cubs lost on Sunday on a walk-off wild pitch by Pedro Strop, as that summed up the weekend on the mound. By the time the Cubs got on a plane to Atlanta, their bullpen ERA the first three games was more than 10.00.

The Cubs' defense makes six errors in a game for only the second time in 35 seasons.

The Cubs wanted to play with a sense of urgency to start the season, but perhaps they went overboard. Numerous times, they made throws instead of eating the ball in a classic "trying to do too much" sense. Every infielder made an error, and rookie left fielder Mark Zagunis had a terrible night on defense, then ended the game by getting doubled off second base. What kind of message of urgency is being sent when a Triple-A player is starting two of four games in the field in place of Kyle Schwarber, whom Joe Maddon has praised over and over as looking great this spring?