What will happen before Wednesday's MLB trade deadline? Our experts weigh in 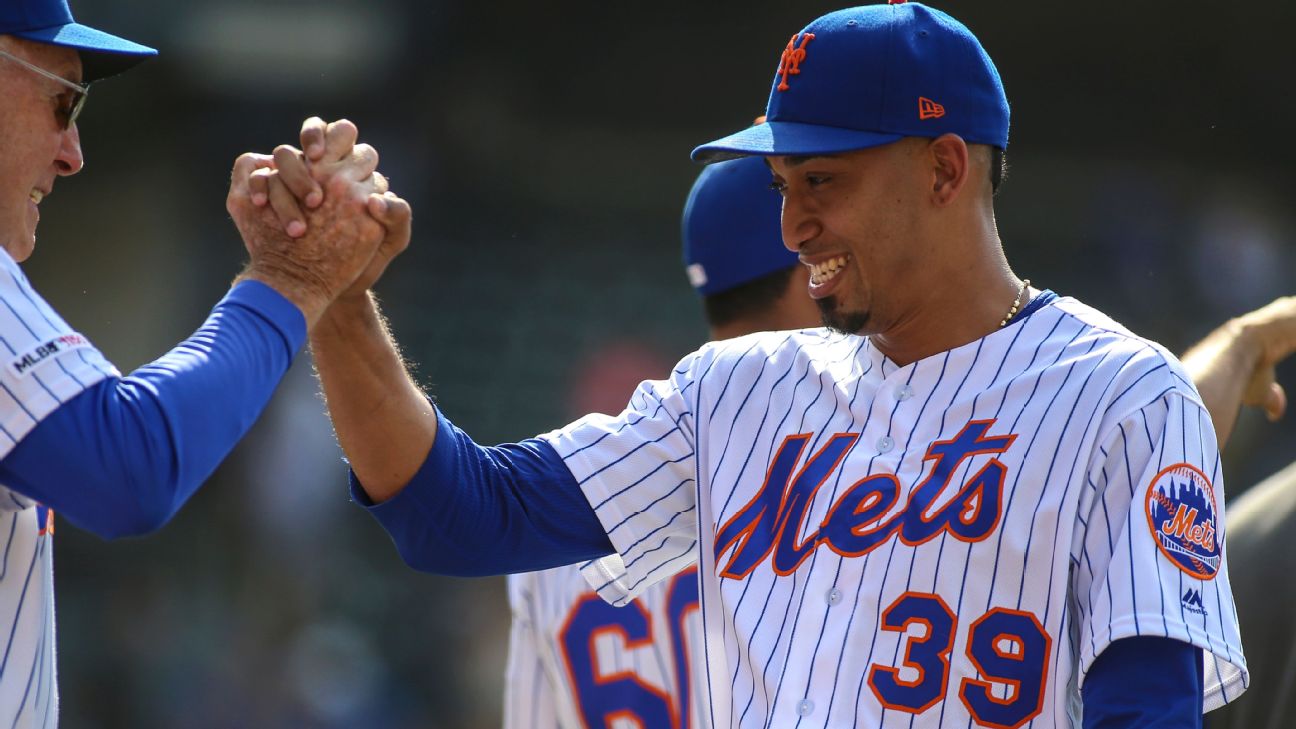 ESPN
By ESPN.com
Happy MLB Trade Deadline Day Eve! With just one full shopping day remaining until this year's single deadline and plenty of intrigue remaining, we asked our MLB experts to dive into the players, teams and themes that could make the biggest splash before the clock strikes 4 p.m. ET on Wednesday.

Here's what Bradford Doolittle, Sam Miller, Buster Olney and Jeff Passan had to say about key questions going into the deadline.

Schoenfield: Which teams most need to make a move?| Fantasy impact of deadline deals

Who is the biggest name who will be traded before the deadline?

Buster Olney: Edwin Diaz. If the Dodgers get him -- and they are trying -- Los Angeles would be a prohibitive favorite to roll through the National League in the playoffs.

Jeff Passan:Edwin Diaz. Where he goes -- or, more accurate, who ponies up -- is the ultimate question.

Bradford Doolittle: I hope I'm wrong, but I fear that Marcus Stroman will be it. Ordinarily you'd at least plug in a pending free agent on a bad team who would make no sense to stay put, but this market even lacks one of those.

Who is one big name we will hear in trade rumors until the deadline who will ultimately stay put?

Passan: Madison Bumgarner. Even as the starting-pitching market shrinks and teams up their offers, the Giants' above-.500 record will prove too alluring to deal Bumgarner.

Olney: Madison Bumgarner. The Giants players have earned the right to try to ride out the wave and put Bruce Bochy in the playoffs one final time before he retires.

Doolittle: It's hard for me to see how the acquisition of Stroman makes sense for the Mets if you turn around and deal Syndergaard for a return that only improves New York's outlook for 2020. So I say Thor stays put.

Miller: Kyle Tucker. Also MacKenzie Gore. Gavin Lux. In 2019, the best thing for a general manager's job security is to have the bossest prospects.

What will be the one big theme we remember this trade deadline for?

Olney: It turns out that the new trade deadline is something nobody likes. Some clubs are already griping that it should be pushed back to Aug. 15 because so many teams are on the fence about whether to be buyers or sellers.

Miller: Ambiguity and ambivalence. Over the past few weeks, many of the same teams have been rumored to be both buying and selling, caught between this year's goals and next year's, and spun dizzy by the jumbled crowdedness of the wild-card races.

Doolittle: Risk aversion. I really hope I'm wrong about this.

Passan:What the Mets did -- and didn't do.

Come Wednesday at 4:01 p.m. ET, will we have any idea what the Mets were doing this week?

Doolittle: Why would this week be any different from the past nine months or so? But it does look like they are getting a head start on their hot stove season, which given a thin free-agent class might not be the worst idea.

Passan:It's the Mets. Trying to forecast what they do is like trying to predict waves in the ocean.

Miller: You figured the Mets would be trying to compete in 2020, so trading for Stroman makes some sense: He's the free-agent starter they might have wanted to acquire this winter, but without the long-term commitment. It's surprising that they, and not a 2019 contender, would be willing to pay the most in prospects for Stroman's next 15 months, but on the other hand they didn't have to give up all that much.

Olney: Yes, absolutely. They are trying to win now. But we'll continue to debate how in the world they believe this ambition matches the collection of talent they possess.

Will the Yankees get a starter before the deadline?

Miller: I doubt it. Put it this way: If James Paxton, Masahiro Tanaka or Domingo German were on this trade market, they'd be at least as in-demand as Robbie Ray, Bumgarner or Stroman. Even Syndergaard has a worse-than-average ERA this year; if he were already in the Yankees' rotation, we'd be asking whether the Yankees should be worried about him and whether that worry demands a trade. Given how strong their top five relievers are, you can already jot down zeros (and ever-so-occasional ones) for around half of their postseason innings, and asking the existing rotation to throw three or four innings per start in October seems safe.

Olney: Yes, because no GM is under greater pressure to make a deal than Brian Cashman. He'll get Ray, Trevor Bauer or some other starter.

Passan: Yes, though it won't be the front-line sort they would like to start Game 1 of the Division Series.

Doolittle: Sure, they'll get someone. I don't know if it'll be in the Bauer-Syndergaard-Bumgarner class. The Yanks would match up well with Arizona in a Zack Greinke deal, but there's a no-trade clause to work around, and I suspect Greinke would view the Bombers as too inconvenient. Given my skepticism about getting some splashy moves, I think we're looking at Mike Minor or Tanner Roark, someone on that level.

Which reliever are the Dodgers most likely to land to boost their bullpen?

Passan:With Ken Giles injured, the Dodgers could pursue Edwin Diaz, Kirby Yates or Felipe Vazquez to provide a lethal bridge -- or perfect complement -- to Kenley Jansen in the ninth.

Miller: The Dodgers have been ramping up their deadline activity by, say, 15% with each passing October defeat: They did nothing in 2014, got Mat Latos in 2015, Rich Hill and Josh Reddick in 2016, Yu Darvish in 2017 and Manny Machado in 2018. There's no 15% better than Machado on the trade market this year, but let's presume they'll get the best reliever available. That's Felipe Vazquez.

Doolittle: I've loved the idea of Vazquez for the Dodgers for weeks, and even now that they've turned the catching duties over to Will Smith, they could still dangle Keibert Ruiz if the Pirates can be moved. But if that isn't workable, then maybe L.A. can work the Mets for a Zack Wheeler-Diaz combo platter.

Olney: If the Rays or Red Sox don't outbid L.A., the Dodgers will get Edwin Diaz.

Are the Red Sox done dealing or do they have another move left to make?

Olney: They are aggressively chasing bullpen help and would love to have Diaz -- but they don't match up very well with the win-now Mets because their best prospects are not major-league-ready. On paper, the best possible match for the Mets and Red Sox in a Diaz deal might be Andrew Benintendi, who could play center field for the Mets -- and if Boston does this, it would solve its closer issue for the foreseeable future.

Passan:The Red Sox will add a bullpen arm. The quality depends on the willingness of teams with more assets to acquire the top-end arms.

Doolittle: They'll add more bullpen help, but I'm not sure how impactful it will be because it's such a seller's market when it comes relievers and the Red Sox don't have a ton of organizational depth from which to deal.

What about the Astros?

Passan:They're highly motivated to land a starting pitcher, and I think they will.

Miller: Should be looking at starting pitching. They're in an enviable position of needing only rotation depth, not a Game 1 or 2 (or 3!) starter at this point.

Olney: Some rival executives believe the Astros will wind up with Wheeler, because he's the type of pitcher they covet, and because GM Jeff Luhnow is loath to pay the high prices required for the likes of Syndergaard.

Doolittle: I don't see how they don't come away with a midrotation starter, whether it's Wheeler or Matthew Boyd or possibly Ray.

Of the other division leaders, which are we most likely to see make a splash before the deadline: Minnesota, Atlanta, Chicago or St. Louis?

Miller: The Twins have the most to gain. The other three front offices are led by men who have made some huge trade splashes in the recent past. But I'll say the Twins, who must be hearing footsteps behind them and be terrified of wasting a season as great as this one.

Olney: Atlanta is working hard to upgrade its bullpen and has been in the Diaz conversations.

Doolittle: I think all of those clubs will add something, but the Twins' need for pitching depth is probably the most glaring need and thus will make for the splashiest deal, relative to the overall tepid tenor of this year's market. Going hard after someone like Kirby Yates makes all kinds of sense for Minnesota.

Passan:All four are looking for pitching, and while all four may deal for some, the finite number of difference-making arms will differentiate the deadline success for each.

Which rumored potential seller that is still in contention is most likely to do something big before the deadline: San Francisco, Cleveland or Arizona?

Miller: Arizona. The Diamondbacks have been at exactly .500 23 times this season, and they know that's not going to get them there.

Olney: Other teams say the Diamondbacks are going to be among the most aggressive sellers. My guess is that the Indians trade Bauer to cash in on his value, getting major-league-ready talent in return, and then add a lesser depth starter (like the Reds' Roark) to plug the Bauer hole in their rotation as they wait for the return of Corey Kluber.

Doolittle: I could see the Giants and Indians adding on the margins but not doing anything splashy, whether it's with incoming or outgoing players. For San Francisco, letting its veterans play this one out would be the splash move, while the Indians just aren't likely to add payroll. Arizona can try to move Ray or even Greinke without totally punting on its chances to eke into the playoffs, so insofar as anyone will do something big, I'd peg the D-backs as most likely.

Passan:Arizona is the clear choice here. The Diamondbacks are selling, and they could wind up the busiest team on July 30 and 31. 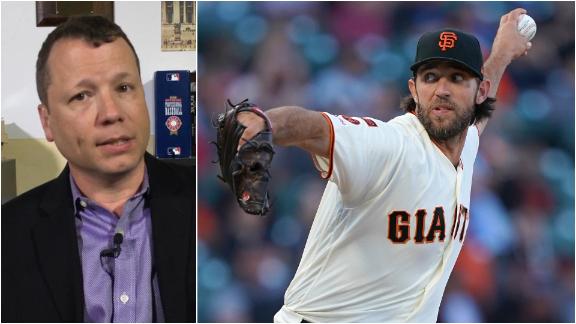 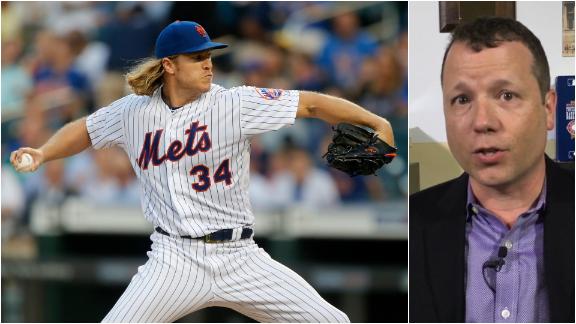 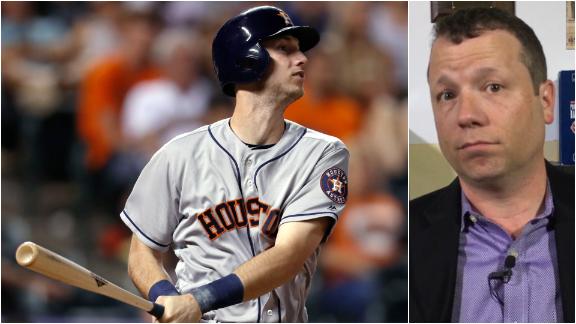