What would legendary columnist Mike Royko say about today's Cubs? 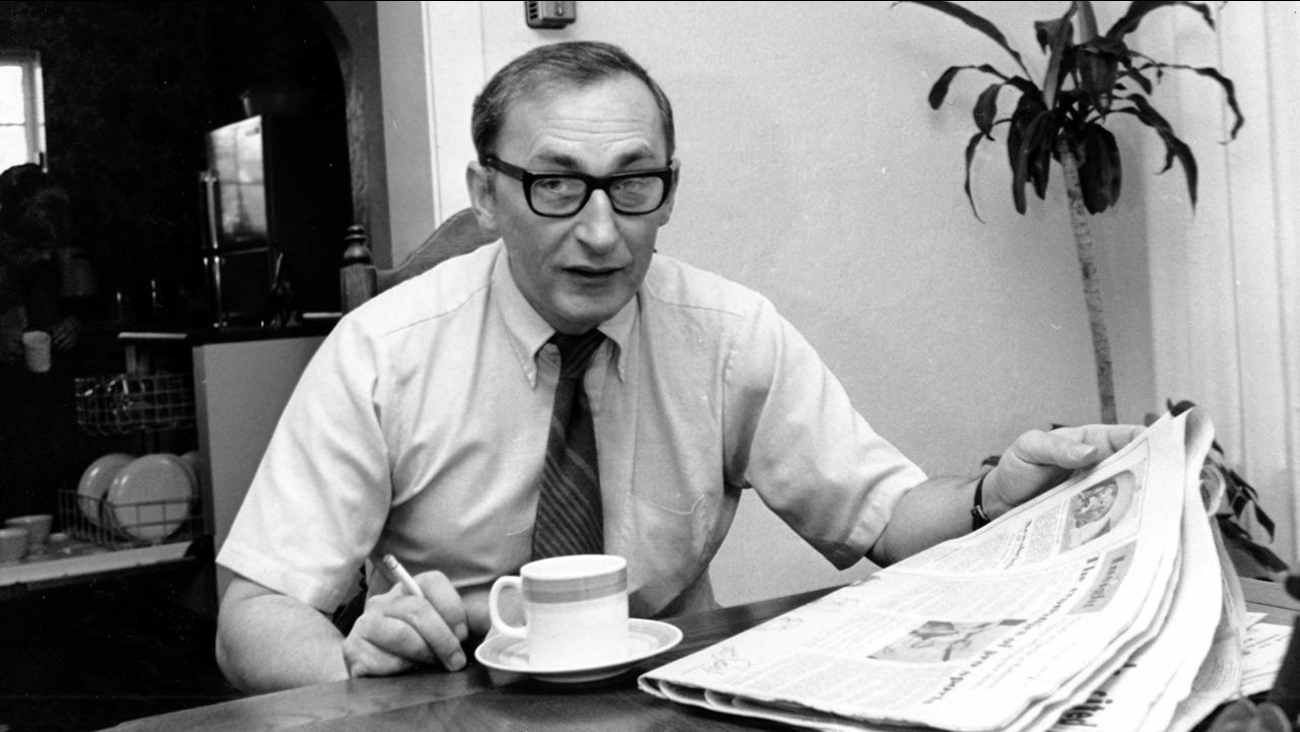 Chicago Daily News columnist Mike Royko looks up from reading the newspaper as he drinks coffee and smokes a cigarette in his home in Chicago, Ill. on Nov. 5, 1971. (AP Photo/Charles Knoblock)

CHICAGO (WLS) -- He was the conscience of the Cubs. He loved them, but he also took delight in skewering them with his satirical wit. And if he were alive, what might the late Mike Royko, Pulitzer Prize-winning columnist, write today about the team favored by many to win the World Series?

Thirty years ago, Mike Royko hosted a documentary, "Chicago and the Cubs - A Lifelong Love Affair." It underscored what he had written about for many years more - that being a Cub fan built strong character. Sayeth Royko, "It taught a person that if you try hard enough and long enough, you'll still lose and that's the story of life."

"He did have a sort of defeatist attitude toward the Cubs. He used them as a metaphor for bad things in life," said Chicago Tribune sports columnist Paul Sullivan.

Tribune sports columnist Paul Sullivan, himself an award winner, was a legman for the mercurial Royko 31 years ago, and he remembers those columns in which Royko wrote about the curse, that the guys on the ground crew were better athletes, that slugger Dave Kingman was Ding Dong Dave.

But Sully was also witness to Royko's deep love for the Cubs. In '84 when the Cubs met the Padres for the pennant, Royko wrote that San Diego didn't deserve to win because their fans were wine-sipping, sushi-eating wimps. San Diego was displeased.

"He was getting death threats. It just went crazy and a lot of people did blame Royko for exciting the San Diego fan base," said Sullivan.

The Padres won, and when the Cubs tanked the next year, it was Sullivan's job to try to get face value for Royko's season tickets.

"A little known fact is that Royko tried to buy the Cubs," Sullivan said.

Yes, indeed. Royko sought to convince former Sun-Times owner Marshall Field and ex-A's owner Charlie Finley to pony up the money and Royko would be The President of the Chicago Cubs -- for real.

"Royko would run the team. Hire the GM, get the manager, and he was gonna be the guy to make the Cubs win," Sullivan said.

Never happened, of course, so Royko was left to opine in print, expressing his Cubs' frustration and undying devotion. And of today's team, the former legman says Royko would've had so much to write about --Maddon, and Schwarber, and Rizzo -- a team of personalities, rebuilt from the ground up.

"He really would've loved this team and loved the way they got to this place in time," said Sullivan.

Mike Royko closed his documentary 30 years ago with a hope more relevant than ever today.