Which players could the Cubs target at the trade deadline? 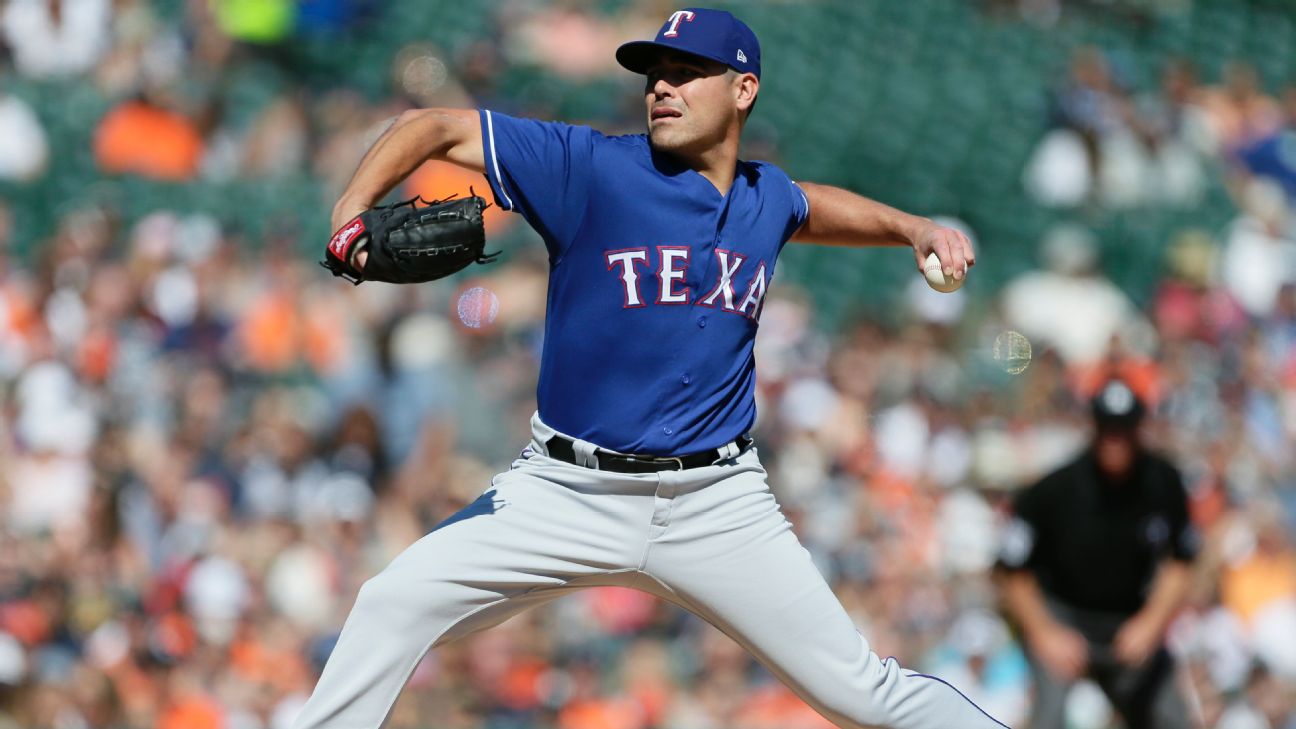 SAN FRANCISCO -- The Chicago Cubs have made a habit of making July trades under Theo Epstein, including acquisitions such asJake Arrieta (2013), Addison Russell (2014), Aroldis Chapman (2016) and Jose Quintana (2017). This year should be no different, though there is the question as to what they have left in their farm system to use as bait and if it's enough to grab another big fish like the names above.

On paper, the Cubs could use a playoff-caliber starter, but they've gone down that road several times over the past 12 months, with varying degrees of success, in acquiring Quintana, Yu Darvish and Tyler Chatwood. Their rotation is tied for fifth in the National League in ERA, though it hasn't passed the eye test to the extent that ranking suggests. Only Jon Lester has earned the trust of fans this season, but it doesn't seem feasible to bring in another big arm, considering the state of the farm. The answers really do have to come from within -- at least at the top of the rotation.

"There is no way we're going to go out and acquire starters the caliber of a locked-in Kyle Hendricks or a locked-in Jose Quintana and guys like that," Epstein said recently.

As if on cue, Hendricks turned in his best performance of the year Monday, and Quintana did likewise on Tuesday. The Cubs will have to rely on that happening a lot more frequently in the second half while also hoping to get Darvish healthy for a playoff push.

The team will look to fortify on the edges, especially in the bullpen, where the Cubs could use another left-handed pitcher. That has been a running theme over the past couple of years. They've traded for two lefty back-end relievers, Chapman and Justin Wilson, the past two seasons, and they're basically in need of the same this year. Their look from the left side has changed since April, considering thatMike Montgomery is now in the rotation, Brian Duensing has been ineffective (and hurt) and Wilson has been somewhat inconsistent, with a 1.4 WHIP.

So which pitchers could the Cubs target to shore up the pitching staff?

San Diego Padres closer Brad Hand is being closely watched, according to league sources, but he'll be a hot commodity, considering he's under contract for two more seasons. The Cubs' best bets will come in the rental market, where the costs won't be as prohibitive.

On that front, Toronto Blue Jays lefty J.A. Happ is reportedly being scouted, as is fellow lefty Matt Moore from the Texas Rangers.

Moore is an interesting name, as he is being transitioned to the bullpen after an awful stint as a starter this year. His ERA in the rotation is 8.02, but it's 3.29 in six games as a reliever. As with most starters who go to the bullpen, Moore's fastball velocity is up, jumping from 91.4 to 93.3 mph. Also, Moore played for Cubs manager Joe Maddon in Tampa Bay. That connection never hurts when making a midseason acquisition. And here's the other thing about Moore: He can start if the Cubs are desperate for an outing. He has that experience, and it can't hurt leaving hitter-friendly Globe Life Park and the dangerous AL West.

Adam Conley of the Marlins and Robbie Erlin of the Padres are two more names who have popped up on the radar. Of course, whomever the Cubs go after, there is sure to be stiff competition.

"Almost every contender is looking to add another reliever or two from each side," Epstein said.

Although Chicago's system isn't stocked with the blue-chip prospects it would take to swing a July blockbuster, there are still some pieces who could help bring back pitching help.

"Dangerous hitter with a high IQ," one NL scout said. "Just needs to get familiar with the league."

Another lauded his defense, which has been as slick as they come. Bote is the Cubs' best bet to bring a pitcher -- not necessarily a Grade A type but one who can help on the back end, either as a starter or reliever.

But should prices on the trade market make a deal prohibitive, there might be an in-house wild card ready to provide a boost. LeftyDrew Smylyis rehabbing after having Tommy John surgery and could be the addition the Cubs are looking for.

"Most TJ's are 14 months, and I just passed the 12-month mark," Smyly said this week. "I feel strong and ahead of schedule."

Smyly is hoping for an August return to the big leagues, giving the Cubs another option from that side of the mound.

One name that is conspicuously missing from Chicago's deadline shopping list is Baltimore'sManny Machado. A strong first half from the Cubs offense has allowed the front office to put to rest all that talk of a Machado blockbuster once and all, focusing instead on what it needs most: arms.

"On the position-player front right now, there is not a lot we would want to go get, honestly," Epstein said. "Not a lot of roster spots to fit guys in, and we have guys we have to sit on a given day we want to get at-bats for. It's not like we're actively looking to add on the position-player side."
Report a correction or typo
Related topics:
sportsespntrade deadlinemlbmaddondealsbullpenpenjed hoyercontendertheo epsteinchicago cubsnl central
Copyright © 2021 ESPN Internet Ventures. All rights reserved.
TOP STORIES
Jelani Day's cause of death released
Va. extreme couponers sent to prison in $31.8 million fraud scheme
Assistant director who handed Baldwin gun had been fired previously
Communities of color most impacted by Chicago area air pollution
Club owner says he called CPD twice before deadly Wicker Park drive-by
Another John Wayne Gacy victim identified
Bear cubs playfully wrestle in snow in Lake Tahoe
Show More
Chicago Weather: Sunny, drying out Tuesday
Hertz is buying 100K Teslas
Chicago FOP president leads City Hall rally to oppose vaccine mandate
After Brian Laundrie found, family says they will not hold funeral
Judge sets final ground rule for Kyle Rittenhouse trial
More TOP STORIES News