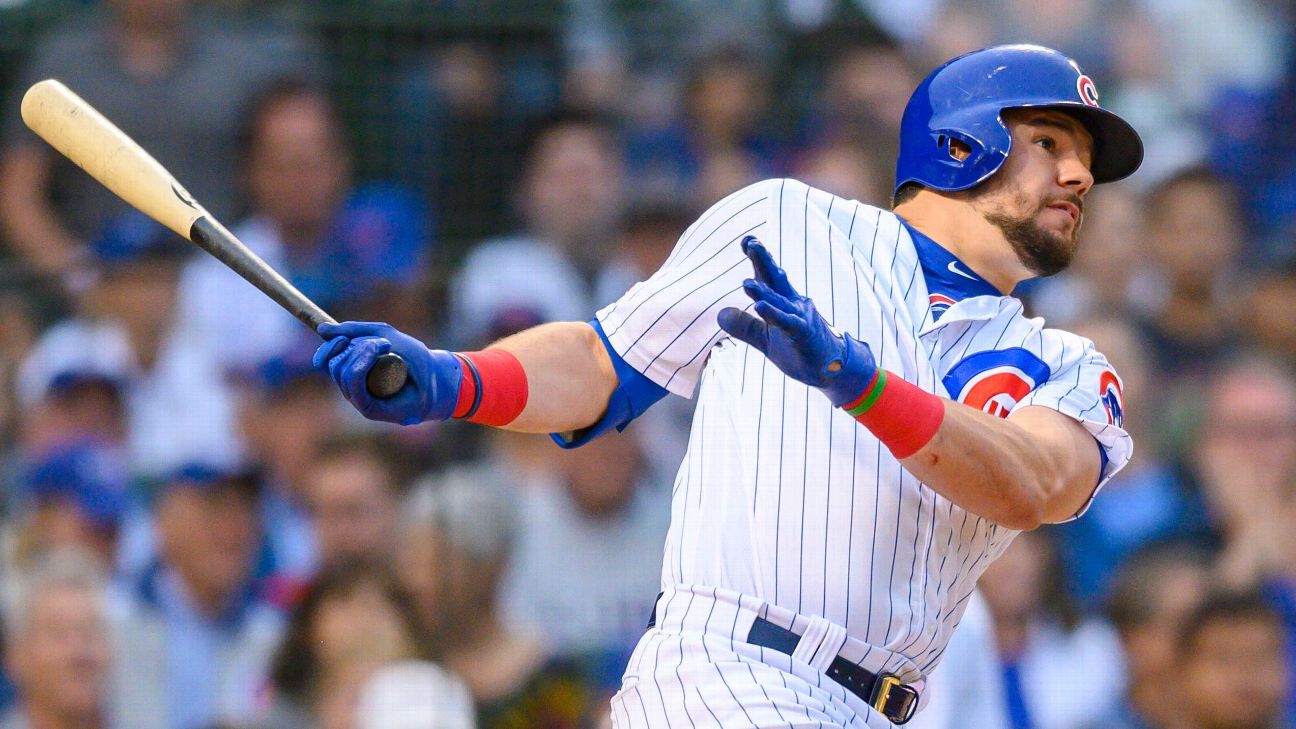 ESPN
By Jesse Rogers
CHICAGO -- He won't be confused with the top on-base men in the business right now, but Chicago Cubs left fielder Kyle Schwarber is carving out a name for himself in the unlikeliest of places: leading off. It's where he failed miserably two seasons ago but now has found his stroke, simply because he isn't acting like a normal top-of-the-order guy. Seeing pitches? That was so 2017.

"He has a better understanding of how he's going to get pitched," teammate Anthony Rizzo said Tuesday afternoon. "And you see, the at-bats are a lot better. He's a presence. You can't mess around or it'll be 1-0 real quick."

Rizzo said that before Schwarber hit the first pitch he saw from Chicago White Sox starter Ivan Nova into the left-center-field bleachers. In less than a week's time, Schwarber has gone deep twice on the first pitch of the game, the first one coming off Los Angeles Dodgers star Clayton Kershaw. The latest one, off Nova, reinforced a message to the rest of the league: You can't slowly get into your rhythm on the mound facing the first batter of the game. This first batter might just take you out of the park.

"I'm just going out there and playing," the understated Schwarber said. "Just trying to put together quality at-bats."

It's about the most you'll get out of Schwarber, as the 26-year-old probably doesn't want to jinx himself. His 2017 season went so poorly, batting at the top of the order, he was sent to the minors before eventually returning in a lesser role. His .190 batting average and .312 on-base percentage screamed anything but "leadoff man." When Maddon put him back there earlier this season, eyebrows were raised. But Schwarber's 11 home runs in 30 games at the top have silenced the critics.

"We don't know whether the leadoff spot screwed him up two years ago or he was just slumping at the time," Cubs general manager Jed Hoyer said.

Pressed for the difference between then and now, Schwarber said: "Little bit more experience there. Taking away the leadoff hitter label."

And that's why swinging at the first pitch of the game is no big deal for him. He's not trying to be the guinea pig for the rest of the order anymore. If he likes it, he's going to hit it, pitches per plate appearances be damned.

"It looks like he's really progressing there," Maddon said. "Moving forward I won't shy away from him hitting leadoff against lefties."

Hitting lefties is just one thing Schwarber is doing better at this season. In fact, he's slugging better against lefties (.500) than righties (.474) this year. That would have been unthinkable two years ago. There's more:

Schwarber already has four home runs to lead off a game this season. For comparison, Dexter Fowler hit seven in the Cubs' World Series-winning season.

Of the 10 players with at least 10 home runs from the leadoff position this season, Schwarber's 30 games in that spot are the fewest.

The Cubs' record for home runs from the leadoff spot is 33, by Alfonso Soriano in 2007 (in 125 games there). He had four in his first 30 games leading off that season.

In 2002, Mark Bellhorn hit 14 homers from the leadoff spot in just 53 games there, the most by a Cub with fewer than 60 games as leadoff hitter.

Schwarber might break all those marks, but it could come at a cost. His on-base percentage while leading off is just .314 this season. That's almost identical to his leadoff OBP in his miserable 2017 campaign. But does anyone care as long as he's slugging, like he did Tuesday night against the White Sox?

"It would be wonderful if he would fit into that role," Hoyer said. "We lack that true leadoff guy. If he can do it, it gives us a lot of punch to start the game. Starting out, Schwarber, [Kris] Bryant, Rizzo isn't a lot of fun for a starting pitcher. That was the original goal. We've gotten there now."

The adjustments Schwarber made to his approach in the offseason also fit his current style. He's less studious and more aggressively reactive, hence the first-pitch ambushes. He also has two more years of experience now.

"The more repetition you get, the better off you are in this game," Rizzo said.

What started out as a whim this year -- not long after Ben Zobrist left the team for personal reasons -- has now become a thing for the Cubs. In this era of baseball, leadoff hitters come in all shapes and sizes.

"I want to keep Schwarber there," Maddon said.

So what seemed unlikely not that long ago is now a reality for the Cubs again. And the guy in the middle of a nice run of slugging from the leadoff spot is taking it all in stride. 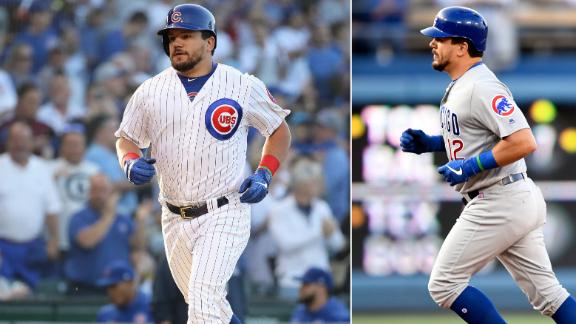