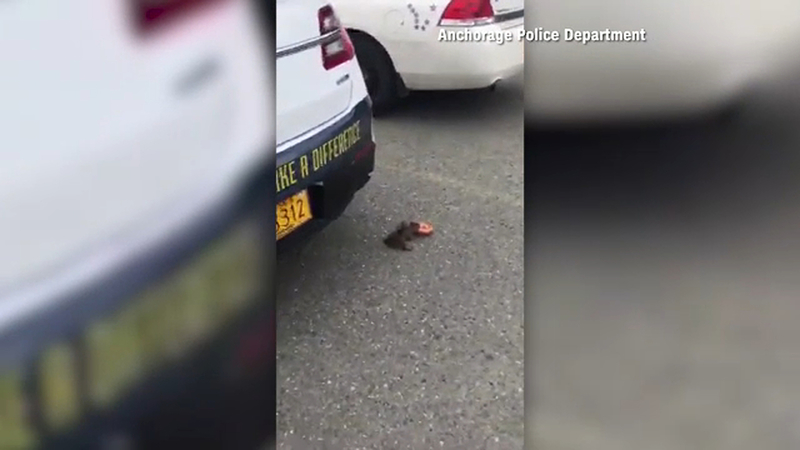 Police in Anchorage, Alaska, are on the lookout for a squirrel that made off from their parking lot with a doughnut.

In a video posted on the department's Facebook page on Sunday, the squirrel is seen with what appears to be a glazed doughnut clenched in its teeth as it runs through the lot.

The department called it "a straight-up felony" and added "it's rude."

One hungry squirrel wasn't going outside for his next meal, but to the candy aisle.

A squirrel was caught red handed stealing a pack of Peanut M&M's from a store in Disney World's Magic Kingdom.
In the video, the squirrel grabs the candy and runs straight out of the store carrying his loot.
EMBED More News Videos

When @penn_state one needs to stop by @psucreamery and film squirrels enjoying the ice cream. Right? pic.twitter.com/LfUDe7SzMf

And at the Grand Canyon, a parched squirrel casually reached out for a visitor's water bottle and drank every last drop.

A millennial squirrel was also recently spotted in Manhattan noshing on an avocado. 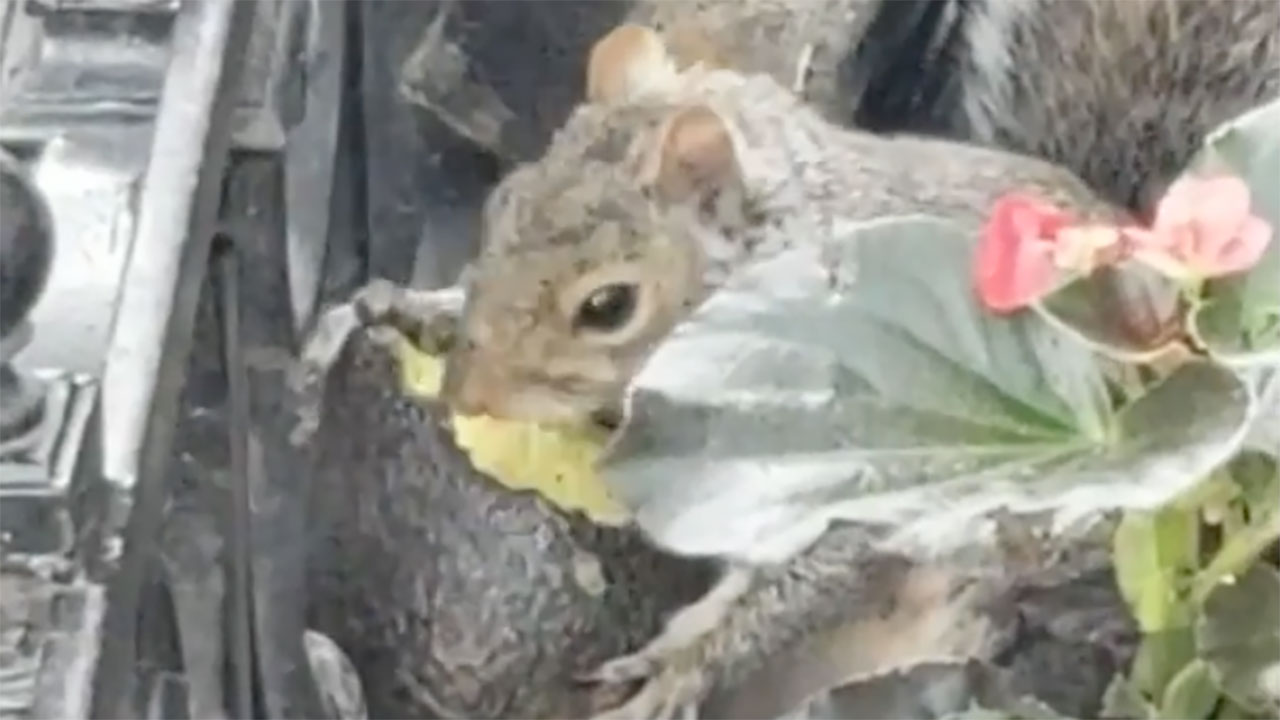 Meet Avocado Squirrel, Manhattan's most millennial wild animal
There's a new hungry rodent in town, but this one made a healthier decision than his predecessor, Pizza Rat.

Meet #EggRollSquirrel, a New York City squirrel who has captured the hearts of many on the internet.

The squirrel was caught on camera snacking on an egg roll by Twitter user whatisNY, who said it didn't look like it was the critter's first time eating one.

No one knows how the furry friend obtained it or managed to haul the sizable snack into a tree.
EMBED More News Videos

No one knows how she obtained that egg roll, but some mysteries are better left unsolved.