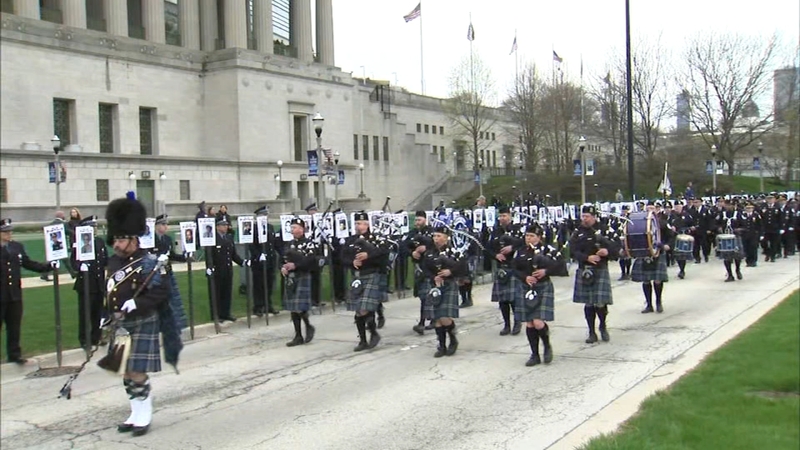 "Finally, were able to be together in person to remember all of the courageous men and women who made the ultimate sacrifice," said Chicago Police Superintendent David Brown.


The names of nearly 600 fallen CPD officers are listed at the Gold Star Memorial -- officers who sacrificed their lives in the line of duty.

It brings a powerful connection for officers and their loved ones, and that unity was alive and well at Sunday's service.

The procession lasted for roughly 30 minutes as officers stood alongside the mother of Ella French, the young officer killed in the line of duty last August.

The annual ceremony also kicked off National Police Memorial Month as some of CPD's leadership will head to D.C. in two weeks for other ceremonial events.

Services like this remind these officers of the overwhelming support they have in the community. Hundreds of people showed that by lining up along the streets during the march in the 90th year of this tradition.