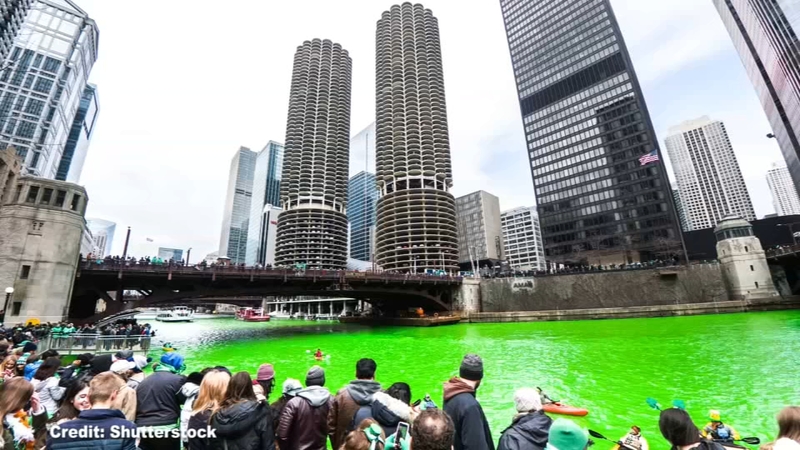 CHICAGO (WLS) -- The luck of the Irish is on your side this St. Patrick's Day if you live in the Chicagoland area! According to personal finance site, Wallethub, Chicago is 2019's best city for St. Patrick's Day celebrations. The holiday has become one of the biggest celebrations in the city, and the annual dyeing of the river and parade are two of the biggest, most highly anticipated attractions of the year.

Although Chicago tops the list, it is not the only city that goes all out for the holiday. Several other major cities in the U.S. have notable celebrations, like pub crawls, elaborate pageants, or long processions of bagpipers. To rank the best places to wear green this year, Wallethub compared 200 of the largest cities in the U.S. across 17 key measurements, ranging from Irish pubs and restaurants per capita to lowest price for a three-star hotel on St. Patrick's Day to weather forecast.

For those who live in the areas outside of Chicago and can't make it to the city for the day's festivities, there are two other nearby cities that also made the top ten. Naperville - just around 30 miles west of downtown Chicago - was ranked 6th on the list, and Rockford - a town about two hours west of downtown - came in 9th.

St. Paddy's Day has been celebrated in America since the 18th century, and with more than 31 million people in the U.S. claiming Irish ancestry, the celebrations have gotten more extravagant as the country's population of Irish descendants has increased. Spending on the holiday also goes up with that number. According to Wallethub, Americans are expected to spend 5.6 billion dollars on the on St. Pat's this year. It looks like green means more than luck and Irish tradition with this year's celebrations.