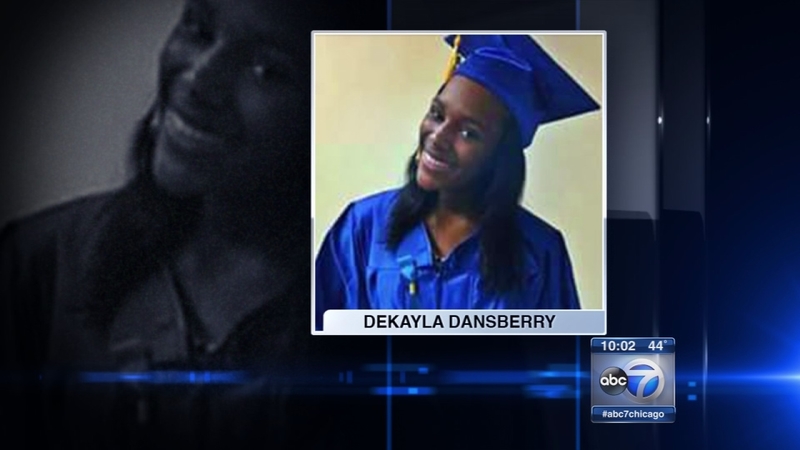 Teen girl stabbed to death on South Side

CHICAGO (WLS) -- A teen girl died Saturday evening after she was stabbed during a fight that broke out on Chicago's South Side.


Her family identified the victim as Dekayla Dansberry, 16. They said she was a freshman track star and cheerleader at Johnson College Prep.

Police said the girl was stabbed in the chest around 7:30 p.m. at the Parkway Gardens Homes near 64th and King Drive in the West Woodlawn neighborhood.

Police said two suspects are in custody. Charges are pending.