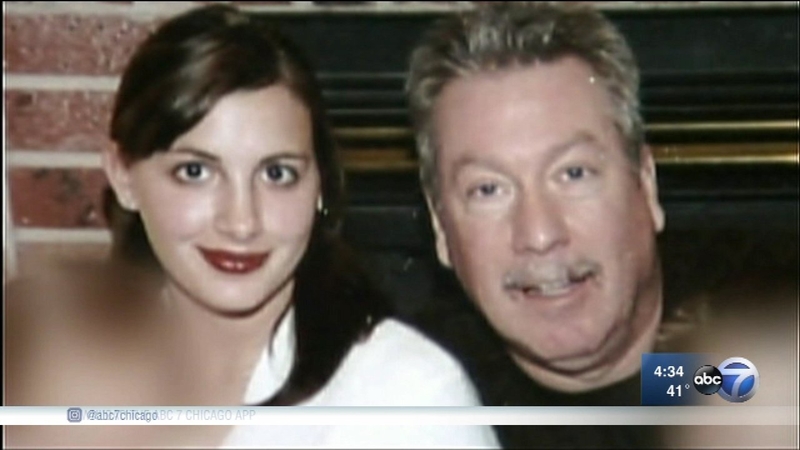 WESTMONT, Ill. (WLS) -- Stacy Peterson disappeared 10 years ago. Her husband, Drew, is a suspect but was never charged. Now her family, friends and DuPage County prosecutors still hope her case will be solved.

Stacy Peterson's disappearance opened the door to a saga that made national tabloid headlines and resulted in the conviction of Drew Peterson for the murder of his third wife, Kathleen Savio. While the former Bolingbrook police sergeant is likely to spend the rest of his life in prison, Stacy's sister will never give up looking for her.

Though a decade may have passed, Cassandra Cales said it seems like yesterday when she first reported her sister missing. Only a year apart, the two were very close. Cassandra said Stacy was about to file for divorce from Drew when the 23-year-old mother of two disappeared from the family's Bolingbrook home.

"I was actually calling her and she wasn't returning my phone calls. I knew in my gut something had happened, that Drew did something," Cassandra said.

Drew Peterson remains the sole suspect in Stacy's disappearance. She is presumed dead by her family and law enforcement. Stacy's body has never been found, but Cassandra has never stopped searching.

"All the time," she said. "I was just out a little over a month ago in an area. So, and we'll be out again this weekend in a different location."

While Cassandra is determined to give Stacy a proper burial and prove to people that her sister didn't run off with another man, as Drew has alleged, Will County State's Attorney Jim Glasgow said he doesn't need to find Stacy's body to charge Drew with his fourth wife's murder. Glasgow said there is substantial evidence in the case. He is currently pursuing an avenue he hopes will be the key.

"I'm not going to say we are there, but we've got something we are pursuing that is not a waste of time, so I'm anxious to see us wrap it up as quickly as possible," Glasgow said.

On Saturday, the exact 10th anniversary of Stacy's disappearance, Cassandra will be spending the day with a sonar search team looking for Stacy. She has conducted hundreds of volunteer searches since her sister disappeared.